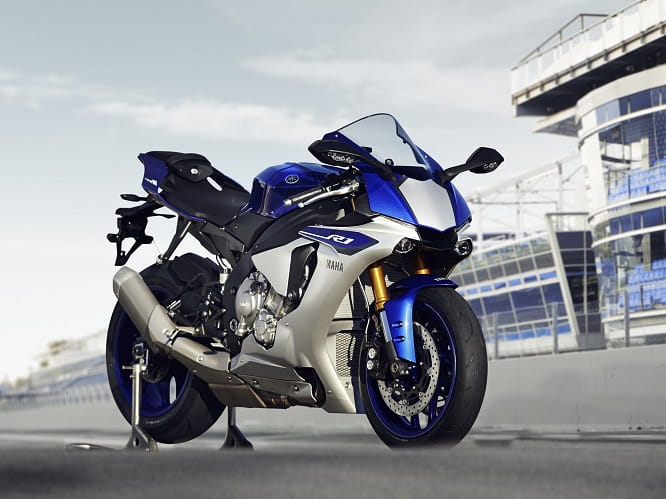 Yamaha has finally lifted the covers off the explosive new YZF-R1. A world apart from the existing model the Japanese marque’s new flagship sports bike produces just under 200bhp, weighs under 200kg fully wet and is jam-packed full of the latest technologies. A limited edition race-spec R1-M version will also be available.

“It’s an M1 with lights and a numberplate” says nine-time World Champion Valentino Rossi and he ain’t far wrong. A lot smaller than the previous R1, the new bike features clear design parallels to the M1s raced by Rossi and Lorenzo in the Grand Prix World Championship and the ‘Doctor’ reckons many key features, such as braking, have been influenced by the Grand Prix prototype.

"The difference is huge between the new and old and they have improved it even more since I tried it" said Rossi at the launch. "It feels comfortable, we tried to keep it like an M1 but as agile as the old R1. We needed a good feeling from the front so we tried to make the brakes have a MotoGP feeling. The engine behaviour is smooth from the bottom and the electronics are very similar to the M1 too. The feeling is unbelievable, when you arrive at the limit she wants you to go faster."

The new R1 features a compact, all new inline 4-cylinder, 4-valve crossplane engine which develops 200PS (198bhp) without ram air induction. It’s much smaller than its predecessor with a shorter wheelbase and benefits from weight reducing features such as a magnesium subframe and wheels, meaning it weighs in at just 199 kilos fully wet.

The impressive power to weight ratio isn’t all, Yamaha have embraced the new digital age of electronics and rider aids to help control the hefty amount of power and produce a sports bike that’s every bit mental and fast but still safe and comfortable to ride. Rossi says that without the electronics the bike is so light it’s hard to control, the rider aids make it both faster and safer. 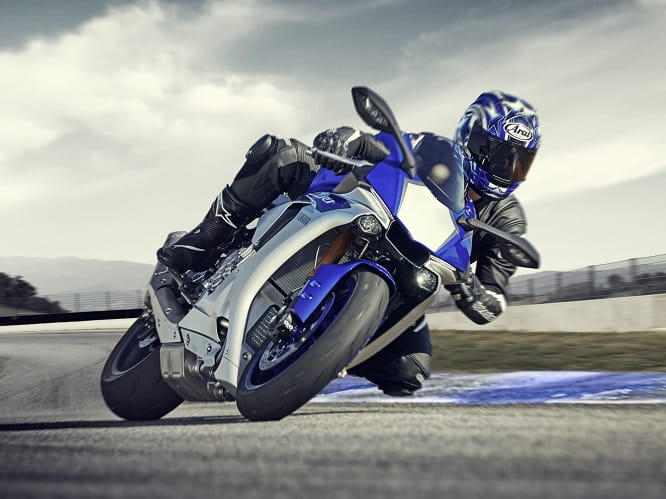 As standard, it features a 6-axis Inertial Measurement Unit (IMU) which monitors every byte of data coming in from multiple sensors across the bike, measuring its position and behaviour, lean angle and slide speed. It’s fully equipped with banking sensitive Traction Control as well as Slide Control, Anti-Wheelie, a quickshifter, launch control, ABS and a unified brake system. By all means it is a machine designed with track use in mind.

The new 998cc engine features a brand new crossplane crankshaft design which delivers linear torque output and that maximum power output of 198bhp placing it within a similar range to rivals such as the BMW S 1000 RR, Kawasaki ZX10-R and the new Ducati Panigale 1299. No corners have been cut with the standard model boasting titanium con-rods and aluminium bridge-box pistons to keep weight to a minimum. 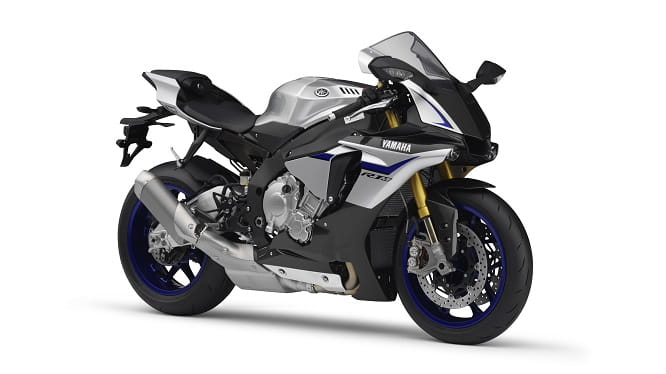 Yamaha will also produce a limited edition, race-spec version dubbed the YZF-R1-M. This special model features highly sophisticated Electronic Racing Suspension (ERS) from Ohlins and will be aimed at ‘professional teams and highly experienced riders’ looking to make the most out of the R1 on track. From the data provided by the 6-axis IMU featured as standard on both models, the ERS system makes integrated adjustments to both front and rear suspension to provide additional stability and control during braking, improved cornering control and increased traction when entering corners.

Even closer to its YZR-M1 cousin than the standard R1, the R1-M will feature a full carbon fairing, carbon front fender and carbon seat cover. The carbon cowling is coated in a clear finish and pained in a new metallic-look silver paint with racing blue accents that match the bike’s blue YZR-M1 style magnesium wheels.

Fitted as standard on the R1-M is a Communication Control Unit (CCU) comphrensive data logging function that allows riders to record a wide range of running data, including lap times, speed, throttle position, GPS tracking, lean angle and more. This data can be shared on a tablet using a wireless connection. Applications for this exclusive machine will be online and open on December 1st.

Bike Social is in Milan for the next two days bringing you the latest news on all the new models for 2015.