Honda have had the release of their CBR300R on the cards for some months but now it's so close you can almost smell it. In fact, you can see it here thanks to a spy shot of this test rider taking the near-production model on a run yesterday.

Having been unveiled at the Milan Motorcycle Show back in November as a new model for 2014, we were expecting the sporty, lightweight bike to be released earlier this year and while studio shots of the bike have been circulating since the end of last year, this is the first time the bike has been seen in action.

However, Honda seems to think it still necessary to disguise the bike and while the test rider gives our snapper a thumbs up, the only noticable difference between the studio shots and this spy shot is the additional tank bag and rear luggage.

The bike is not only a replacement to the learner friendly CBR250R but Honda also see it as a tool to re-introduce former-riders and to encourage more experience riders and commuters. 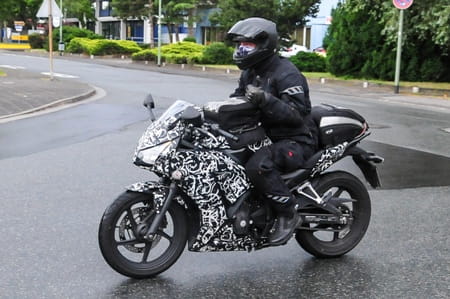 It will use the same 4-stroke, single cylinder, liquid cooled motor as the 250 but with a longer stroke will achieve 286cc which translates to an increase in bhp from 26 to over 30. Expect the new Honda to be priced around £4,200 with an ABS version also available. It will be available in four colours (White/Red/Blue, Black, Red or Black/Yellow) and is due in UK dealerships later this summer. 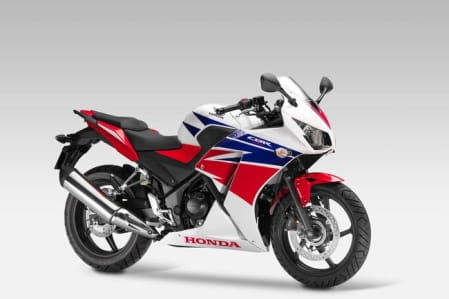 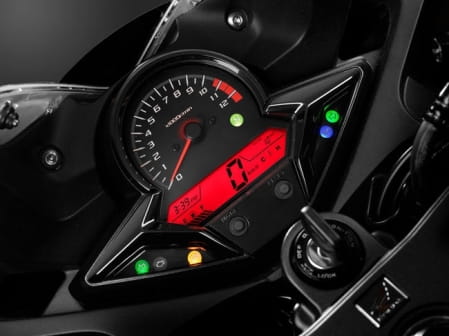 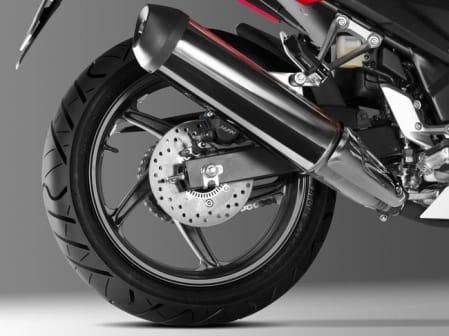