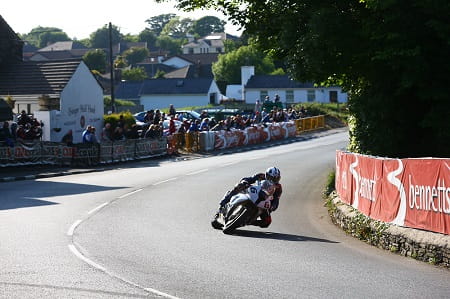 10 Downing Street is set to announce that the Government will change the law to allow local authorities the power to stage motor racing events on public roads following a public consultation launched in February.

It is currently illegal for anyone to undertake in what would constitute a motor race or time trial on public roads and anyone caught doing so could face fines of up to £2,500 and 11 points on their license. A proposal was submitted to the Government to change the law to allow councils the power to close public roads and suspend speed limits in order to hold racing events and in February, Downing Street announced a public consultation into the matter. Major driving forces behind the proposals were plans for the FIA Formula E London Grand Prix and proposals for a Formula 1 race in Central London, but the proposal also includes the provision for ACU-authorised motorcycle events.

The proposal delegates the power to suspend the Road Traffic Act, rather than amending or creating a new act and therefore does not need to be heard by Parliament.

Currenly just Northern Ireland has similar laws in place to allow motorcycle road racing on public roads, where a host of road races are staged across the year including the North West 200 and Ulster Grand Prix. Road racing is also permitted on the Isle of Man, the venue for the annual Isle of Man TT, Southern 100 and Manx Grand Prix races.

The Motor Sport Industry makes an important contribution to the UK economy, with an estimated annual turnover of £9bn in 2012. The UK hosts around 5,000 motor sport events each year organised by MSA member clubs, as well as 4,000 motor cycle events organised by ACU member clubs.