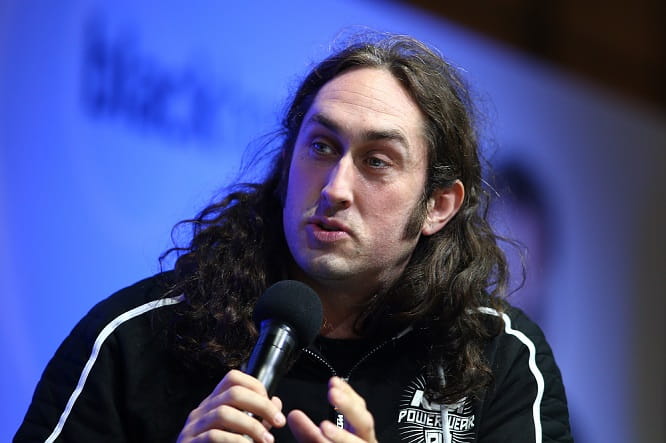 Celebrated comedian and lover of all things two-wheeled, Ross Noble paid a visit to the Bike Social Lounge at Motorcycle Live last week. We sat down over a cup of coffee to find out more about his two wheeled obsession and what he’d been up to at the Birmingham show.

As well as appearing on the main stage, Noble spent some time on the Riders for Health stand as an avid supporter of the charity.  The comic has been raising money for Riders for over two years and is keen to make use of his celebrity status to help push the charity beyond the realms of the motorcycle industry.

“I’ve been raising money for Riders for Health for a while but my main thing is trying to spread the word of the work they do, especially outside of the biking world”, Noble explained. “It’s great that everyone in the bike world is on it but people coming to my shows can be a completely different audience so we’re trying to broaden it out a bit.

“All money made from the merchandise we sell at shows, t-shirts, posters, key rings etc, goes to Riders. For a lot of comics, it’s ‘ooh a few extra quid’ but I thought we’d do something else. We started a couple of years ago just with the posters and then for this tour, I thought everything could go to riders.

“We also have a bucket collection and hopefully if people want to know more about it they will go away and look it up online.” 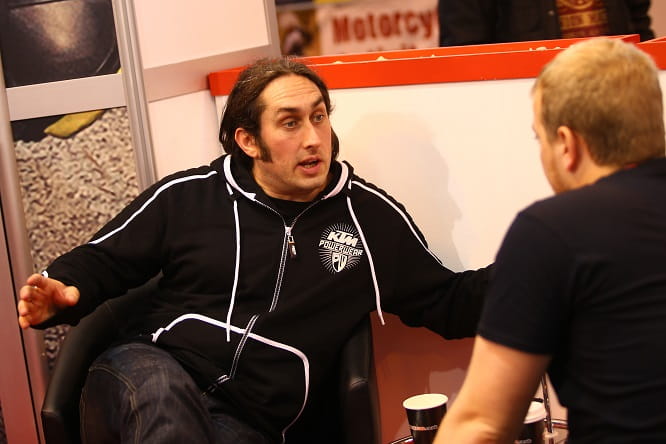 As we all know, motorcycles are more than just a means of transport. It’s all about passion and that passion has to come from somewhere. Every rider has a story to tell and we asked Ross about his…

“When I was a kid I used to ride my push bike all the time, I was into unicycling as well as I wasn’t allowed a motorbike”, he continued. “When I was growing up, CHiPs was massive, Street Hawk was big and Kickstart too, so when we were on our push bikes we’d pretend we were in Street Hawk or something. There was no way my Mum would have let me have a real one. As soon as I had the chance to get one I did, once I could afford it anyway! Insurance is sky high for comedians.

“For me it’s not necessarily all about speed. It’s the same as when I was a kid, I loved going out and playing on my bike and now it’s just the grown up version of that. Riding is obviously great for getting to places but I ride off road too.

“I’m not bothered about views or the destination; I’m just as happy in a bit of woodland where you can’t see anything riding around pissing about. For me, especially with trials riding, it’s like a real life play station game but you’re not sitting on your arse while you’re doing it. Well, you end up on your arse either way but you know what I mean.

“I love having a tricky section of obstacles and riding around them. ‘Ooh I fell off, I lost a life, let’s start again.’ Then you find something bigger; it’s great fun.

“If I’m doing gigs and there is horrendous traffic or I’m in London then I go on my bike. Straight in, no worry about parking, I just put my headphones on and get on with it.”

So what’s he got in his garage?

“My enduro bike is a two stroke KTM 300, I’ve got a GasGas trials bike, a Ducati Multistrada for on the road and a Triumph Daytona 675 for the track, but I haven’t been on the track for so long I think I might need to sell it. It’s getting used like once every two years!” 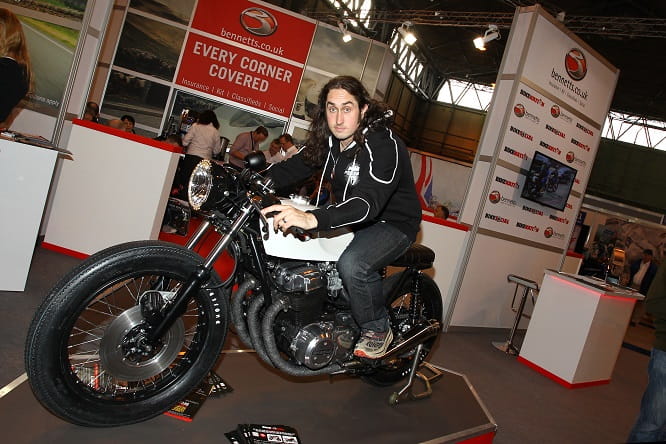 “It’s a TV show without much of a format in which I ride about on the KTM Superduke 1290R. One of the things about putting bikes on TV is that nine times out of ten it’s got to be about the journey, where you are going to but Freewheeling is the opposite of that, you could end up anywhere. There’s no scenery, it’s all about car parks and suburban housing estates. It’s basically a celebration of dicking about on my bike. It allows me to meet people, do ridiculous things and have some unplanned mini-adventures.

“I loved the KTM, absolutely loved it. We’d be doing thousands and thousands of miles on the show and because of that I did think it could be uncomfortable. We had a camera man on the back of a KTM Adventure and the guy riding that was going ‘you’re gonna have a sore arse here’.

“We did 2,500 miles in one week, going to Scotland and all over the place, but it felt fine. It didn’t feel like a sports bike, it did when you turned everything off and gave it some but it had a really nice riding position and was dead comfy. It was brilliant; it looked cool and was great fun to ride. I did question whether I’d feel the same after 5,000 miles but I did!”