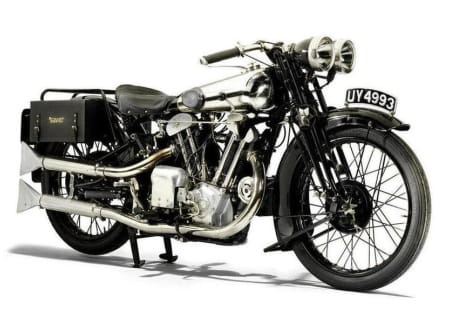 A world record price was achieved for a Brough Superior yesterday, Sunday 30th November, at a Bonhams auction in London when a 1929 Brough Superior 986cc SS100 ‘Alpine Grand Sports’ sold for £315,100. 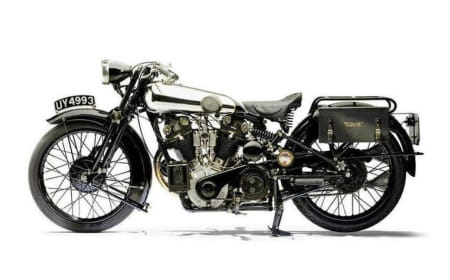 The 980cc JAP V-twin engine-bike was originally sold to a Worcestershire-based customer in March 1929 and according to the Works Record Book was sold with a spring frame, Castle forks and a Cruiser sidecar. A Brough Club record lists its owners from c.1953 to 2010 when the machine was purchased at auction. Its previous owner purchased the bike in 1985 and it was exported to the USA for the following ten years. It then returned to the UK before being restored c.2000.

The very first Brough Superior Mk 1 was sold in 1919 and the company’s owner, W E Brough, built a reputation for his between-the-wars superbike which were held in high regard because of its combination of performance, engineering advancements and build quality. Each machine sold came with a written guarantee that it had been timed at over 100mph for a quarter of a mile.

Several SS100’s competed in the annual Austrian Alpine Trial in 1925, one of which was ridden by Mr Brough himself, and the company’s success at this event resulted in the touring spec ‘Alpine Grand Sports’ or AGS version of the SS100 to be created. The AGS features as standard a lower compression ratio (making it more suitable for touring), a small fly-screen and a pair of tool boxes and it was introduced in public for the first time at the 1925 Motorcycle Show. 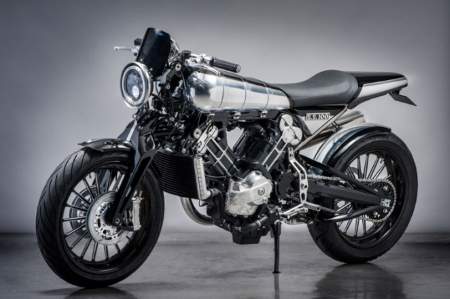 The Brough name lives after British businessman Mark Upham bought the rights in 2008 and he has introduced a 90th anniversary model ready for 2015 known as the Brough Superior SS100.