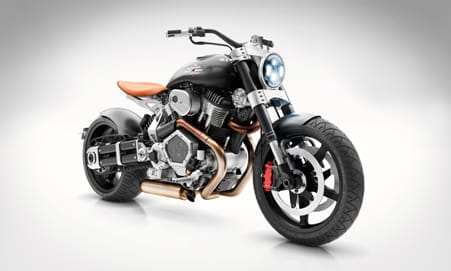 American luxury motorcycle manufacturer, Confederate, have announced the latest (3rd generation) Hellcat, known as the X132 Hellcat Speedster. Only 65 will be built, all of which will be by hand in their Alabama-based factory.

Confederate can often be seen on the pages of the Daily Mail and OK! when the likes of former football man David Beckham rides his own Hellcat - when frequenting Los Angeles rather than Manchester, of course.

The new Speedster is built around a huge 2,163cc V-Twin which produces an earth-moving 140 ft lbs of torque, comparable to the Triumph Rocket III and Hesketh’s new 24. And all through a 5-speed gearbox with sturdy drag racing ratios and a chain drive. The bike is adorned in carbon fibre, from the huggers to the seat, and chain guard to wheels, which all contribute to the bike weighing just 227kg, less than a Ducati Diavel. 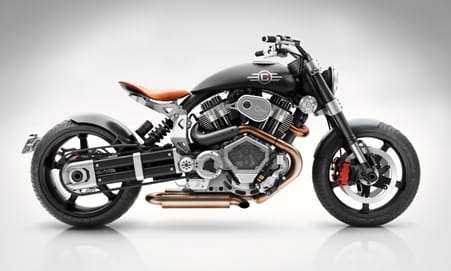 A 13.5 litre fuel tank, LED head and tail lights and a leather seat in the customary ‘American-style’ riding position all add to the character of this all-new Hellcat.

The first version was unveiled in 1996 and the company produced 500 until going bankrupt in 2001. Confederate Motorcycles, privately owned by Matthew Chambers, recovered and produced of the second generation Hellcat in a new facility in Birmingham, Alabama. 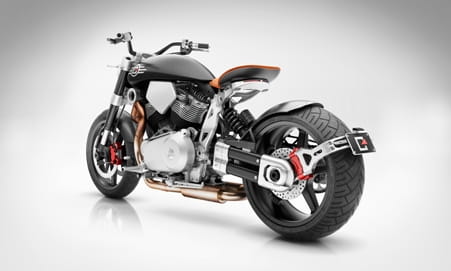 It’s got the Hollywood looks and befits the Hollywood lifestyle but if you’re keen to be seen on the X132 Hellcat Speedster while scaring the wildlife of Surrey or Cheshire then just remember that as good as the bike looks in the photos, it’ll still require indicators, lights and mirrors, before you lay down your $10,000 deposit.