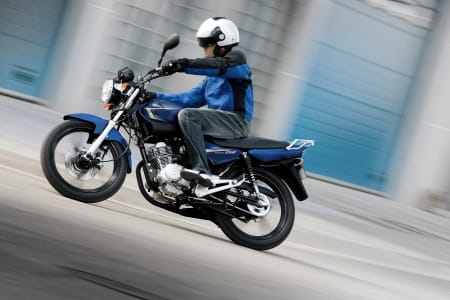 In August, there were 5,620 new bike registrations in the United Kingdom, a 1.1% increase on the same period last year. Once again it is the touring sector that tops the tables in terms of percentage increase, 51.4% up on the same period in 2012.

Sales of Mopeds 50cc or below are down once again this month, with a 23.7% decrease on the same period last year. In terms of engine bands, the only increase in registrations came from the 126-650cc and 1000cc+ categories, the latter seeing a 21.8% increase on last August’s figures.

The most popular bike registered in August 2013 was the Yamaha YBR 125, with 188 registrations across the UK. The most registered sports bike this August was also another of Yamaha’s entry-level family, the YZF R125.

Honda once again find themselves at the top of the brand stats, with 1,197 registrations throughout August with Yamaha second. BMW have dropped below Piaggio to fifth since July and Suzuki registrations have almost halved. Registrations for all manufacturers have declined when compared to the previous month.