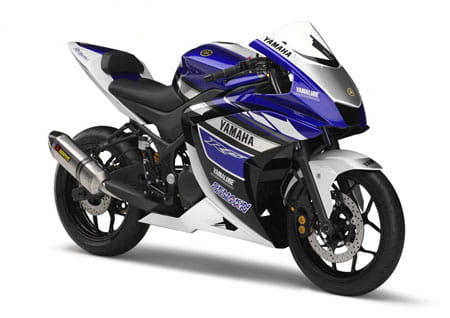 Yamaha have announced a planned entry into the 250cc market by revealing the R25 this week at the Tokyo Motor Show. Powered by a 249cc parallel-twin four-stroke, as presented in the video below  by Valentino Rossi, is heavily designed on the YZR-M1 MotoGP bike.

Already a strong player in the entry-level sports bike category, with the best-selling YZR-125 the move to release a 250 follows suit with other manufacturers such as Honda who recently unveiled the CBR300R at EICMA.

Yamaha say the R25 is positioned to be offered as an entry-level model in developed markets like Japan and Europe and as a top performance sport bike for emerging markets, primarily throughout Asia.

Yamaha state: “A superbike you can ride every day” is the development concept behind the “R25,” a 250cc sport bike mounting a newly developed in-line 2-cylinder engine on a lightweight, slim and compact chassis that shares its look with the YZR-M1 MotoGP machine. It boasts a powerful and sporty ride in the high rpm range while being easy to handle.”