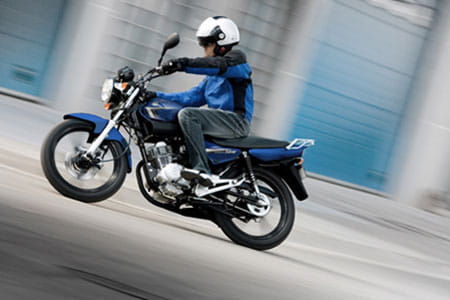 Motorcycle registrations have increased for the second consecutive month. In October, 6,994 new bikes were registered, compared with 6,554 in October 2012 – an increase of 6.7%.

The most registered bike in October was the Yamaha YBR 125, which had a total of 151 registrations, and the most popular touring model was BMW’s R 1200 RT.

Once again, Honda retains the top spot in terms of most registered brands in October with 1,126 new registrations, while Yamaha holds second with 959. Interestingly, Piaggio has jumped up to third place with 538. Suzuki, which last month had been promoted to third place, doesn’t feature on this month’s top ten.