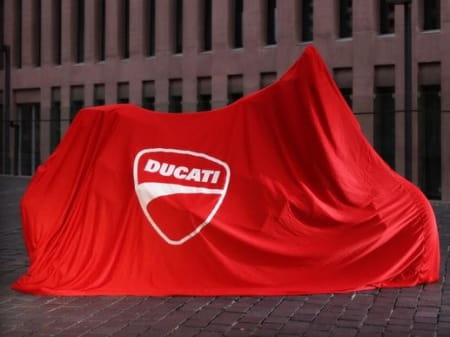 Ducati are set to unveil a new version of their iconic Monster ahead of the Milan Motorcycle Exhibition (EICMA) on Monday.

The Monster - one of Ducati’s oldest models -is due to receive an upgrade, reportedly including a water-cooled Testastretta 11° 1198cc engine, making it the most powerful Monster ever.

The new roadster is expected to fill the gap in Ducati’s market left by the rather unsuccessful Streetfighter 1098 and will be competing against high-horsepower nakeds such as KTM’s Superduke 1290 R and the yet to be unveiled Kawasaki Z1000 and BMW’s naked S 1000 RR.

Ducati have teased pictures of the new Monster through the twitter account “@InstinctMonster”, and will unveil the machine at their pre-EICMA press conference on Monday afternoon in Milan. The Italian manufacturer is also expected to unveil a Ducati scramble and the stunning 1199 Superleggera will be displayed in the flesh for the first time.

We’ll be bringing you all the latest news from the Ducati press conference and the rest of the Milan Show 2013, so watch this space!