They always say God rides a Harley-Davidson...and to prove that Harley-Davidson are offering one lucky winner the chance to take part in a mass motorcycle blessing with new Pope Francis at The Vatican in June this year.

As part of Harley's launch of their new £11,445 Street Bob Special Edition, all dealers will be holding an open house on the weekend of March 23-24. 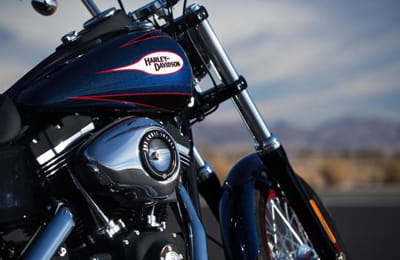 The Special Edition keeps the same basic styling as the standard Street Bob but gets a bigger bore 1690cc V-Twin motor, way bigger than the standard bike's 1585cc motor.

Just pop along to your local Harley-Davidson dealer for the Open House weekend and pick up a 110th anniversary pin complete with a unique number which could be your ticket to an expense paid trip to Rome, and you'll get to take part in a mass motorcycle blessing with the Pope himself!