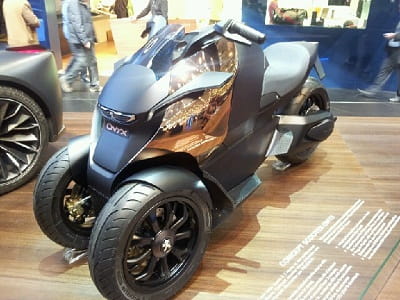 Peugeot wheeled out the Peugeot Onyx, a plug-in three wheel electric and petrol hybrid which is meant to give riders (or is it drivers?) a fuel range of 2 litres per 100km. Quite impressive if true.

The riding position is adjustable for town so it’s upright for riding slowly in the city and a more laid down approach for the motorway. The hybrid was also shown at the Milan Motorcycle Show back in November. 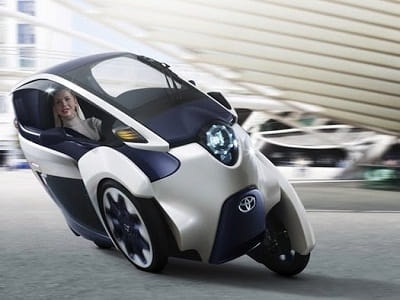 In keeping with the car/bike theme, Toyota launched the iRide, an electric three wheeler with a canopy that leans through corners using clever electronics to keep the body upright. Not sure we’re going to see one down the Wednesday night bike meet, but we thought you’d like to see it anyway.