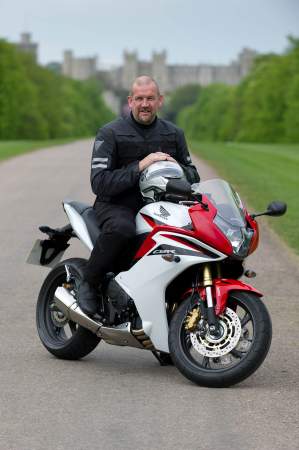 A hearty congratulations goes to Bike Social contributor Ian Kerr who has been awarded an MBE in the Queen’s birthday honours list for significant achievement, or outstanding service to the community, namely ‘for services to motorcycle safety’.

Having joined the Police force after school and retiring in 2006, Ian worked as a Traffic Patrol Officer before achieving a place on the Metropolitan Police’s competition motorcycle team and representing the British Police in European competitions.  During his career he set up a one-day rider training scheme which eventually became known as ‘BikeSafe’, he also consulted with motorcycle crash investigations, liaised with manufacturers to improve safety and engineering, and continues to be involved in testing and improving the safety of Police motorcycles.

He has contributed towards many UK motorcycling publications during his career and upon hearing of his MBE, said: "I have to say that I am surprised but extraordinarily proud to accept this recognition for motorcycling and, in particular, safety and safe riding practices. I sit alongside some very, very worthy recipients and, whilst a little baffled at being nominated, I'm pleased that it effectively puts motorcycling on the national press map."

Here are some of Ian’s recent contributions: