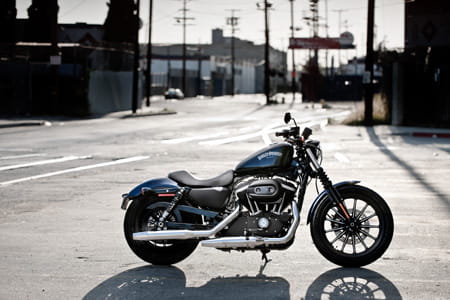 There were 10,367 new bike registrations in June – a 3.6% increase on registrations for the same period last year – although year-to-date figures overall are down more than 5%.

While the scooter sector has suffered a decline in registrations, the adventure sport segment is continuing to grow and is now up 23.5% on June 2012. However, probably most surprisingly from June's statistics is the growth of the custom bike sector, which is up by almost a third on the same period last year. More than 900 custom bikes, which includes cruisers and choppers have been registered in June this year, compared with 693 in 2012, bringing the total year-to-date figure to 3,997.

There was a time when the words ‘custom motorcycle’ just meant Harley-Davidson, but a number of manufacturers are starting to focus their attention on the custom sector – Yamaha’s new XV950/R being just one example. However, the Harley-Davidson Sportster 883 remains the model with the highest number of registrations in June, so it looks like there’s still no substitute for the ‘original’ custom bike brand…