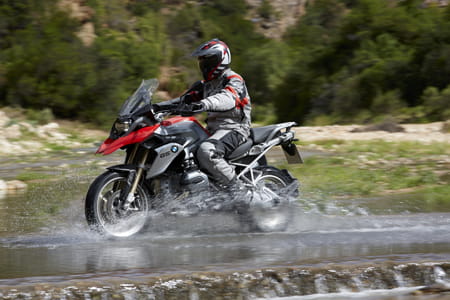 The biggest increase in new registrations was seen in the touring sector (up 31.3% on last year), while the adventure sports segment is continuing to grow and is now up 30.5% on July 2012. Adventure sport bikes are similar to enduro motorcycles but are predominantly designed and are capable for on-road use. Made increasingly popular by Ewan McGregor and Charley Boorman’s Long Way Down and Long Way Round adventures during recent years, the bikes can tackle some of the toughest terrain – as well as the tarmac in and around town.

BMW topped the adventure sports segment in July with the R 1200 GS – in the first half of 2013, the new water-cooled machine was the top selling adventure sports model with 1,025 sold, as well as becoming the UK’s best-selling motorcycle over 125cc.