A night of custom 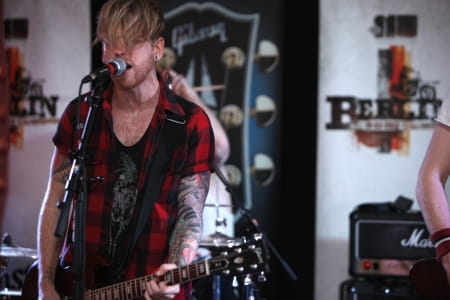 Harley-Davidson celebrates its 110th anniversary this year, and as part of its year-long celebrations, hosted a super-cool ‘night of custom’, which was held at the equally super-cool Gibson Guitar studios in Berlin.

Bike Social was one of the first to review Harley’s new Breakout motorcycle back in March, but it was unveiled in all its stunning glory for the first time at the event – and it looks fantastic in the flesh. The striking Street Bob Special Edition was also there, showing off its custom looks and contrasting colour scheme. 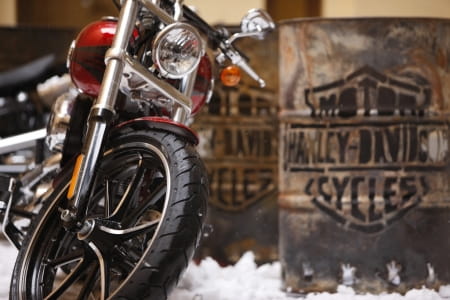 But motorcycles weren’t the only thing on show. The studios were jam-packed full of custom guitars, and, just like with the bikes, guests were able to try them out for size and imagine themselves as rock stars playing on stage to millions of fans!

Luckily, music at the event was provided by someone a little more experienced in the form of Gaslight Anthem frontman and Softail Slim-riding, Brian Fallon. He was also supported on stage by English-band, The Crave.

With Harley’s landmark anniversary on the horizon, we’re looking forward to seeing what happens over in Rome for the culmination of the European celebrations in June. No doubt, there will be music, custom machines and one of Harley’s trademark parades that can attract thousands of riders. Not to mention a blessing over 1,500 motorcycles by the new Pope…