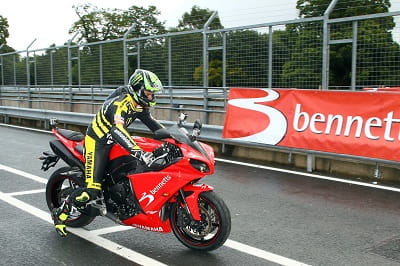 IT’S been ridden by some of the greats of British and World racing, seen up and down the country, washed by the Bennetts Babes in bikinis, and now the Bennetts R1 has been bought by 25-year-old William Francis.

The lucky rider bought the bike on eBay for £6300 with all proceeds going to charity Riders for Health. The charity is currently part of a scheme that means any amount of fund-raising is doubled. 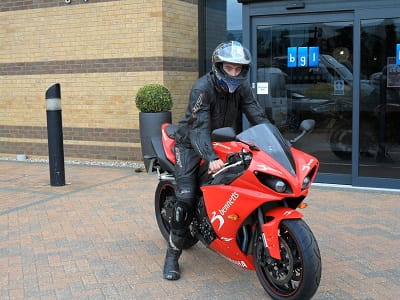 Francis, from Worcestershire collected the bike from the Bennetts office in Peterborough. He’s trading up from an R6, and said: “I’m so pleased to have effectively raised £12,600 for Riders for Health and I’d love to do some more work with them in Africa.”

The R1 was originally part of the Yamaha press fleet and was loaned to Bennetts in July 2010. Since then it has been used to promote Bennetts:Live events up and down the country and has been ridden by:

The government-backed campaign for Riders for Health began at Day of Champions at Silverstone MotoGP and ended on 10th September at the end of the eBay auction.  The total amount raised for the charity during that time was over £300,000.

Bennetts will shortly be getting another Yamaha R1 to be used at events across the UK, and the paint scheme has to be seen to be believed.