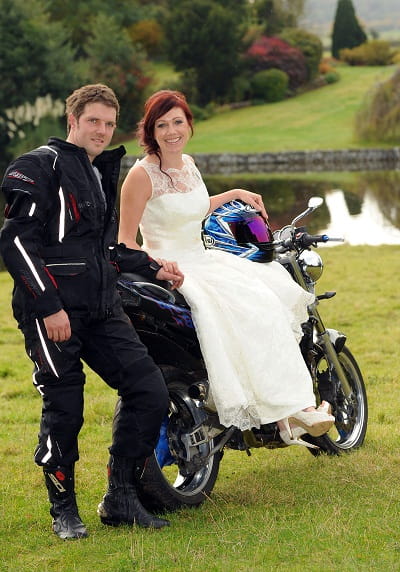 Bike fan Dan Whitehouse was so in love with the tread pattern on his Avon tyres he had it copied for his own wedding ring!

Whitehouse, from Sutton Coldfield, recently tied the knot with his girlfriend Sarah, and decided to give his wedding band a unique motorcycle feel by recreating the tread pattern from the Avon tyre fitted to his Suzuki Bandit 1200.

Whitehouse explains: “Sarah and I have been together for about eight years now, but I’ve been riding bikes for about 13 years or more. In that time I’ve had three sets of Avon tyres on my bikes and I love them. As to the wedding, well, you know what girls are like. They want to make all the arrangements but Sarah said I could choose the transport to and from the wedding as well as the rings, and I knew exactly what I wanted.” 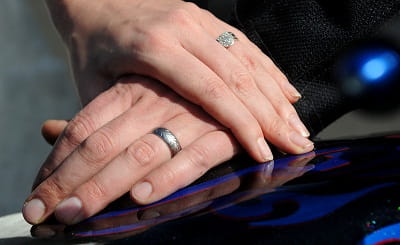 The Groom took pictures of his rear tyre and took them to the jewellers. He adds: “I love bikes so much that I wanted the rear tread of the Viper Sport tyre recreated and cut into the metal of the ring itself. I took the pictures and showed them to the designer in the shop. I love the look of the tread pattern and when people see the ring, they'll know that I love Sarah and that I love bikes.”