The bike that Keanu Reeves built… 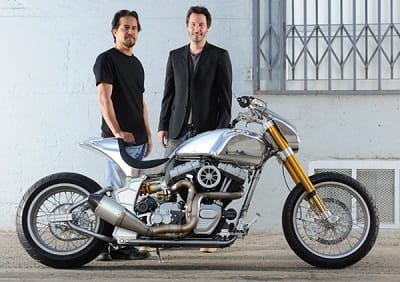 Hollywood superstar Keanu Reeves has launched his own motorcycle company with a mad custom bike called the KR GT-1 set to go on sale next year.

The bike mad actor, who has been riding bike for more than 25 years, has teamed up with renowned custom bike builder Gard Hollinger to launch Arch Motorcycles. Hollinger also runs LA County Choprods and has built dozens of bikes for American TV shows like Chopper Nation and the Great Biker Build-Off.

The firm has already built a fully working prototype called the KR GT-1. It’s set to go on sale next year and features CNC-machined parts made in-house and an air-cooled big bore V-twin motor. It’s also fitted with Öhlins upside down forks and a unique rear linkage system connected to the CNC-machined frame. 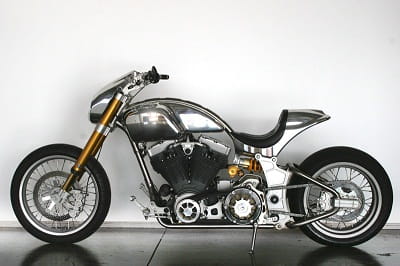 Keanu Reeves has been riding solidly since 1986 when he first started riding on a Kawasaki KLR600 while working on a film in Germany. Reeves then bought bikes when he was on location on extended shoots and then sell it when his work was done.

He’s owned a Suzuki GS1100E, Suzuki GSX-R750, a Kawasaki 900, a 1984 Harley-Davidson Shovelhead and a Moto Guzzi, among others, along with a 2005 Harley-Davidson Dyna Wide Glide, which later became the basis for the Arch KR GT-1 Prototype. 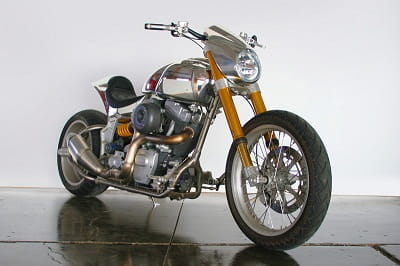 He also owns a couple of Norton Commando’s and came over to the UK to put his new Commando together at the Norton factory at Donington Park.

Reeves also rocked-up unannounced to the London Motorcycle Show two years ago, bought himself a ticket and came to have a look around while he was filming in London.