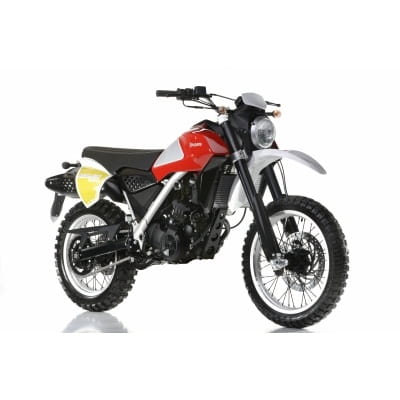 The whole adventure bike gig seems to be turning on its head with Husqvarna now taking big dirt bikes back to their roots. Add in some inspiration from the dirt bikes raced by Steve McQueen in the seventies and you've got this concept bike.

Unlike most so-called overweight Adventure bikes, this Husqvarna TR650 Baja concept bike gives a seventies dirt bike vibe, but with real go-anywhere capability and the kind of looks that McQueen and his mates would want to jump on and disappear into the dunes on, er, On Any Sunday! Sorry we couldn’t resist!

The TR650 BAJA was shown at the Milan Show last week, and our sources say it won’t be too long before the BMW-owned firm puts it into production.

Husqvarna is 100 years old but made its name truly world famous when a certain bare-chested actor called Steve McQueen appeared on the cover of US magazine Sports Illustrated jumping a Husqvarna Cross 400. He used Husqvarna’s in the hit biking movie On Any Sunday, and also competed in the Baja 1000 in California and entered a team in the 1964 ISDT (International Six Day Trial) in Germany. 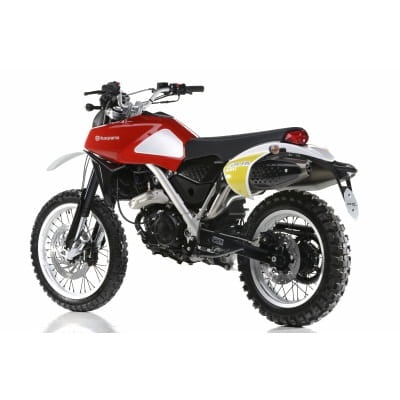 Using modern technology combined with retro looks, the Husqvarna BAJA is powered by a liquid-cooled single-cylinder engine, and uses a steel tubular frame. To suit its dual=purpose abilities there’s a 19-inch front wheel and a 17-inch rear wheel, with Brembo brake calipers front and rear. If McQueen was around now, we’re pretty sure we’d be battling with him to be at the front of the queue for one.