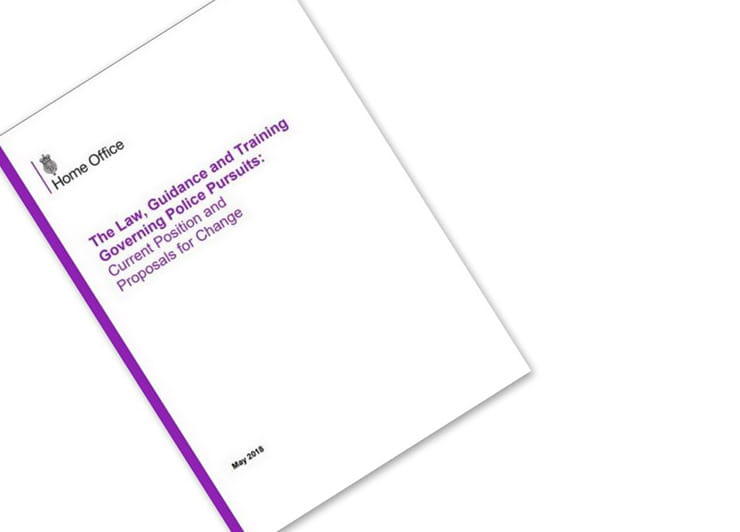 The Government has launched a consultation that proposes to exempt police riders and drivers from the legal tests that define ‘careless’ and ‘dangerous’ driving, instead putting a new set of standards in place that takes into account their additional training. Why? Because at the moment it’s often difficult for police to chase motorcyclists and moped riders without risking prosecution themselves.

From the Home Office

Under current law, the same legal test for careless and dangerous driving offences is applied to police officers and the general public.

Police have expressed concern that officers have to rely on Crown Prosecution Service (CPS) discretion to avoid prosecution and face lengthy Independent Office for Police Conduct (IOPC) investigations and suspension from duty, only to be cleared eventually.

The government is consulting on a separate test for police drivers that would require:

• that the driving tactics employed, including any exemptions from road traffic legislation, such as speed limits, or contact with a suspect vehicle, are authorised appropriately and are both necessary and proportionate

To smash the myth that officers cannot pursue riders who are not wearing helmets, the government will also make clear in law that a suspect is responsible for their own decision to drive dangerously and that blame should not be attached to the pursuing officer.

Minister for Policing and the Fire Service, Nick Hurd, said:

Police officers must have the confidence to pursue suspects where it is safe to do so and criminals should be in no doubt that they will not get away with a crime by simply driving recklessly.

Our proposed changes will make sure that skilled police drivers who follow their rigorous training are protected, while ensuring the minority of officers who do cross the line are robustly held to account.

Tim Rogers, Lead on Pursuit Driving for the Police Federation of England and Wales, said:

We welcome this announcement as it is unacceptable to have officers trained to drive in a way that exposes them to prosecution merely for doing the job the public expect of them.

I do however say this with caution as this has been an issue we have been campaigning on now for several years and although it is a positive step that the government have finally agreed that a legislation change is required, they must now act quickly to prevent more officers suffering unnecessary and often mendacious prosecutions.

It is crucial we protect the people who protect us and give them the confidence to be able to do their jobs and keep the public safe.

The consultation also asks for views as to whether the changes should also apply to police response driving, such as when officers are called to a terrorist incident, as well as pursuits.

Seeing the police get more powers to chase and catch the growing number of criminals who use mopeds as a way to avoid capture is great news, but the devil will be in the detail should this consultation progress towards legislative changes. Exactly what driving standards will pursuing police be expected to meet? Exactly what is ‘necessary and proportionate’ when we’re talking about intentionally crashing into a suspect’s vehicle?

Anyone can have a say, so if you have strong feelings the full consultation document, including details of how to respond to it, can be found here. 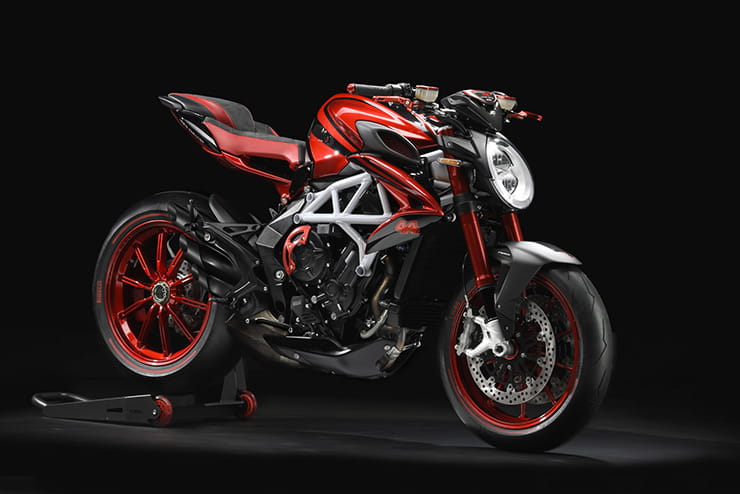 Lewis Hamilton is the most successful British driver in F1 history, and given the way records are tumbling he could become the most successful that the world has ever seen. His marketing potential is undeniably massive and having achieved the coup of teaming up with him we can’t begrudge MV Agusta its attempts to capitalise on the association.

Hamilton’s particular brand of bling mightn’t be to everyone’s taste, but the third MV Agusta to carry his initials – the new Brutale 800 RR LH44 – is guaranteed to turn heads. Just 144 will be made, so act fast if you want one.

Following the success of the Dragster 800 RR LH44 and then the F4 LH44, MV Agusta and Lewis Hamilton have reunited to create a new model. Like its predecessors, it carries the British driver's initials and bristles with dedicated technical and aesthetic features. Named the Brutale 800 RR LH44 it is a truly formidable 140 hp, and 172 kg beast. The best mid-size naked bike on the market with the lightest engine and the most advanced technology used today on production bikes like counter rotating crankshaft and quick-shift system EAS 2.0. It will go into production in June 2018. Only 144 will be built. Each one will be numbered and provided with a certificate of authenticity.

As with the two previous models, based on the Dragster and F4, the Brutale 800 RR LH44 is the result of a creative process that relies on unfiltered interaction between Lewis Hamilton and MV Agusta Design Center (CRC). In addition to astonishing race results, Lewis Hamilton is renowned for his creativity, style and attention to the details. CRC is much more than a design studio: it's a technology factory that nurtures engineers’ and designers’ imagination,

through digital simulation and practical prototyping, breathes life into every new MV Agusta. It is hard to imagine a more appealing or promising design partnership.

Inspiration for the colour scheme - a blend of black, red and white – was drawn from the iconic Lewis Hamilton style. The graphics emphasize the dynamic design and are capped off by the Lewis Hamilton logo and his race number, 44.

In this special project, MV Agusta used new materials and components never been utilized on production naked bikes, such as an extensive use of special designed carbon fiber components, unique colour scheme graphics and a truly exclusive ceramic-based coating that is resistant to ultra-high temperatures on the exhaust system. Also included are numerous components machined from light alloy billet. Eye-catching details up front include the brake and clutch levers and fluid reservoir caps. The tank cap, like the engine oil filler cap, has also been CNC machined.

Added panache also comes from the CNC clutch cover guard as well as the alternator guard.

Each bike is identified as belonging to the limited 144-bike edition by the progressive number on the instrument cluster fairing.

Although we can’t imagine that the bolt-ons make the Brutale 800RR LH44 any better to ride than the normal Brutale 800RR, given the way previous limited-edition MVs have clung on to their value on the secondhand market, opting for the LH44 could be a wise decision from a purely financial point of view. Provided you don’t mind looking like a Hamilton superfan, that is. 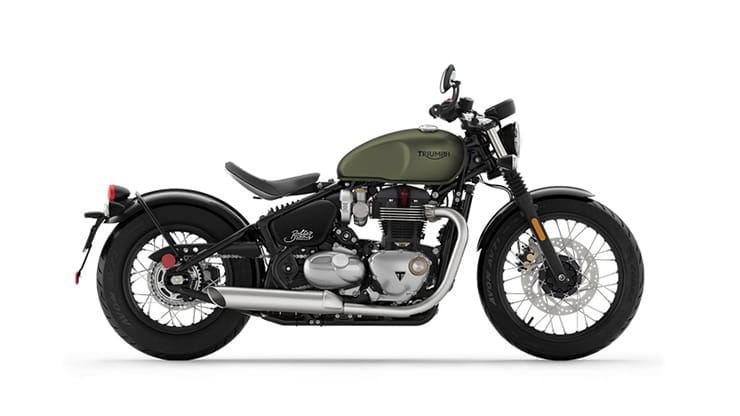 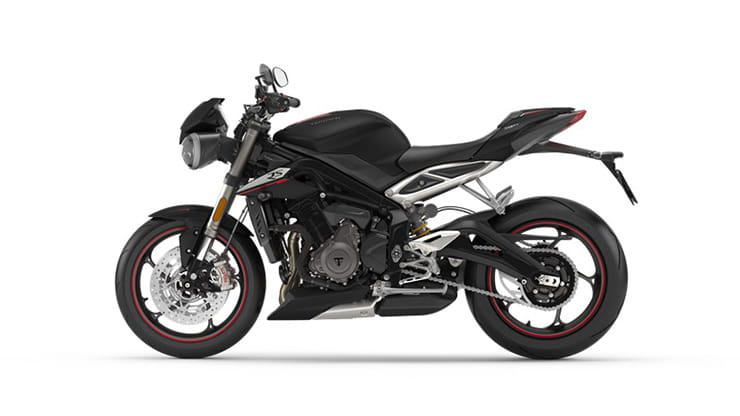 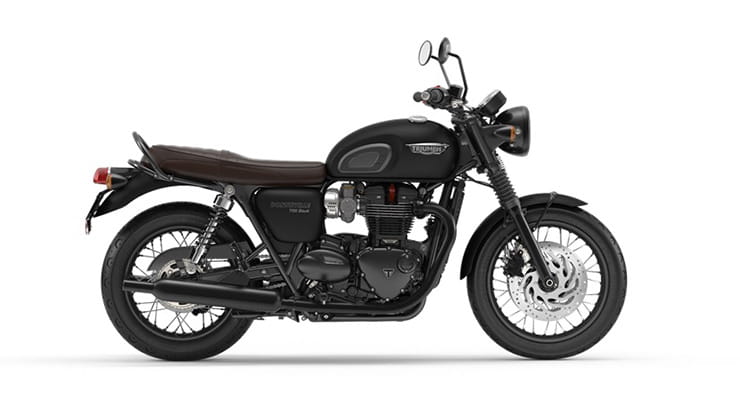 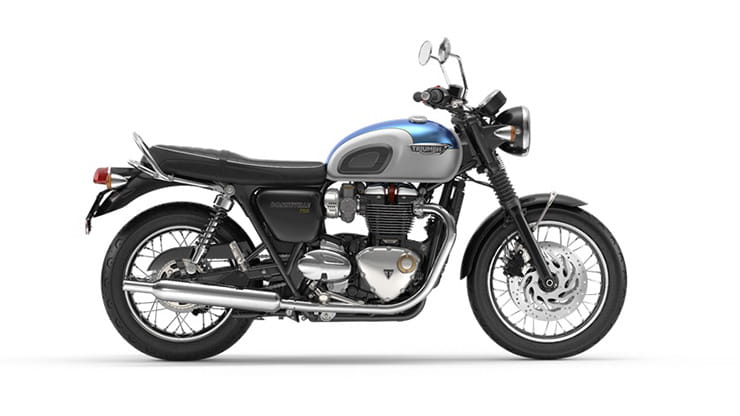 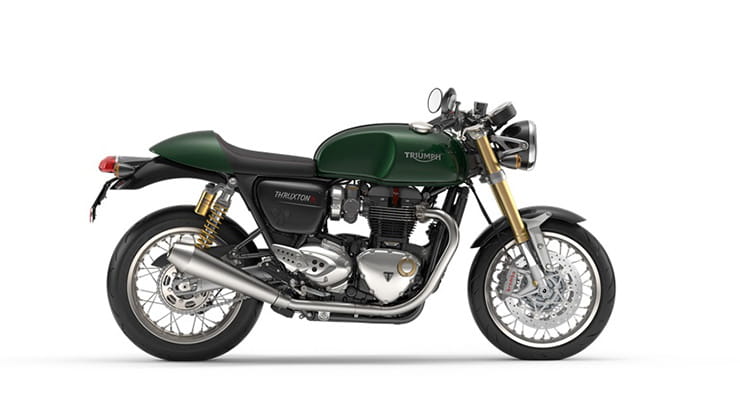 ‘Bold New Colours’ has become a tongue-in-cheek cliché to quietly mock manufacturers announcing non-existent changes to their bikes. But to be fair, Triumph’s Modern Classics range and its Street Triple RS are so new they really don’t need other updates just yet.

The latest colour schemes – which are still ‘2018’ models rather than ones for next year – actually look pretty good, too.

Competition Green is now available on the Thruxton R, in place of Matt Jet Black, while the Bonneville T120 sees Cranberry Red and Aluminium Silver replaced with a Fusion White and Aegean Blue colourway.

There are also two changes on the Street Triple RS, with Matt Silver Ice replaced by Crystal White, alongside the introduction of Matt Jet Black instead of Phantom Black.

Martin Hough, Marketing Manager, Triumph Motorcycles UK & Ireland, said: “We are always looking for ways to refresh the striking aesthetic of our model range and this colourway introduction does just that. By offering greater variety to our customers, there will be something for everyone following this latest update.” 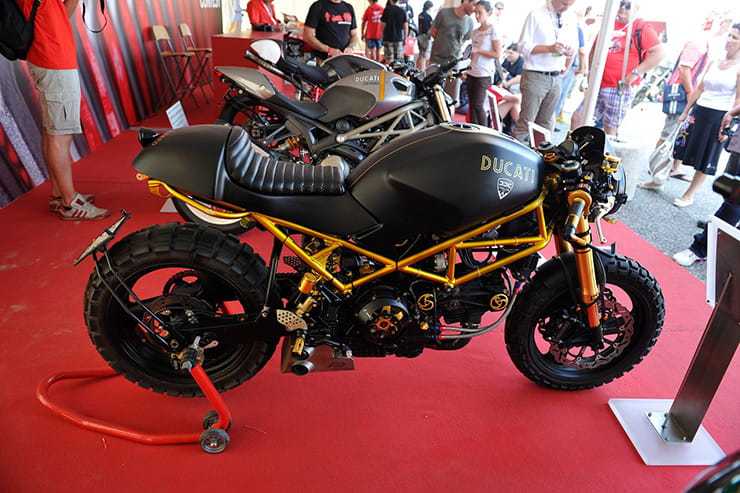 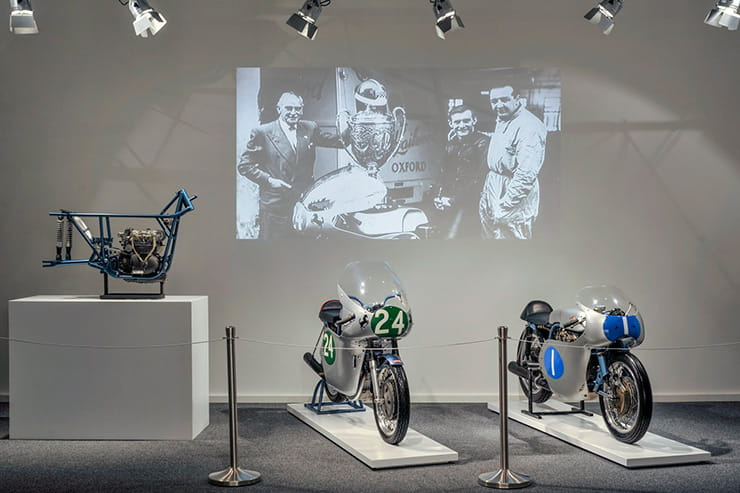 Yes, if you remember when the Ducati Monster was first released, you’re officially old. It was quarter of a century ago, and Ducati is marking that anniversary with special celebrations at this year’s World Ducati Weekend at Misano on July 20-22.

It’s also the 10th WDW event, which is a landmark in itself.

Ducati had this to say about it:

This year the "Ducati Garage Contest" is reserved exclusively for "Monsteristi". The custom Monsters will be judged during the event by a jury consisting of technicians, riders and visitors. More information and the rules for participating in the contest are available in a dedicated section of the website.

A "Monster Village" will be staged inside the Misano Circuit, an exclusive space where it will be possible to retrace the history of Monster through the key models that have made the bike a true icon, starting from the Monster 900 in 1993, currently on display in the Ducati Museum in Borgo Panigale.

Elsewhere in Ducati news, the firm has announced a temporary exhibition at the Ducati Museum: “The Desmo Twins of young Hailwood”.

The exhibition brings together three race bikes built between 1958 and 1960 by the unforgettable Fabio Taglioni. In part, these represent the early career of one of the world's most famous riders: Mike Hailwood.

The Desmo Twin 125, 250 and 350 cc represent a period of fervid creativity by the Romagna-born engineer. Built at the specific request of Mike's father, they would go on to give the popular rider his first victories. Now, almost sixty years later, these ultra-rare bikes have finally been reunited in an exhibition that is an integral part of the 40th anniversary celebrations of "Mike the Bike's" win at the 1978 Tourist Trophy. 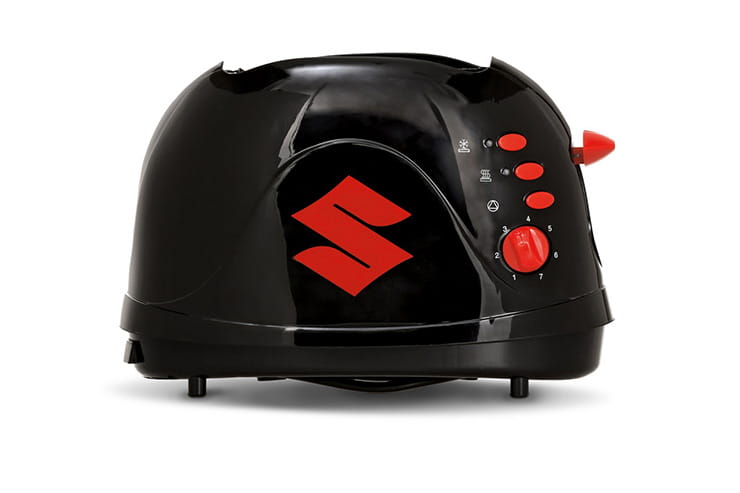 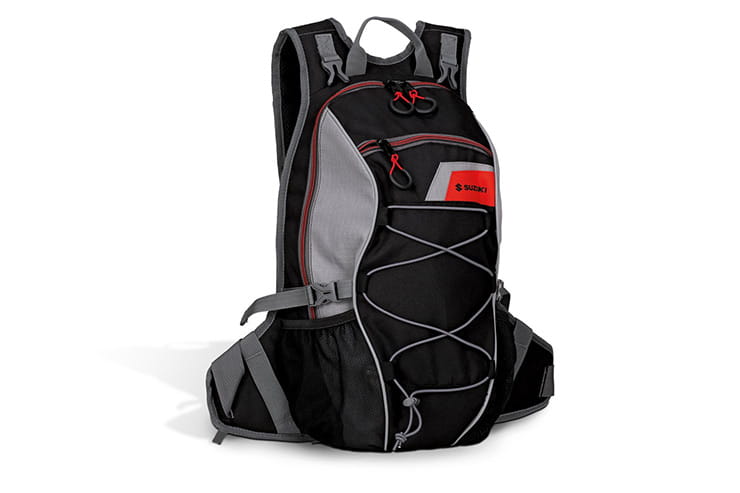 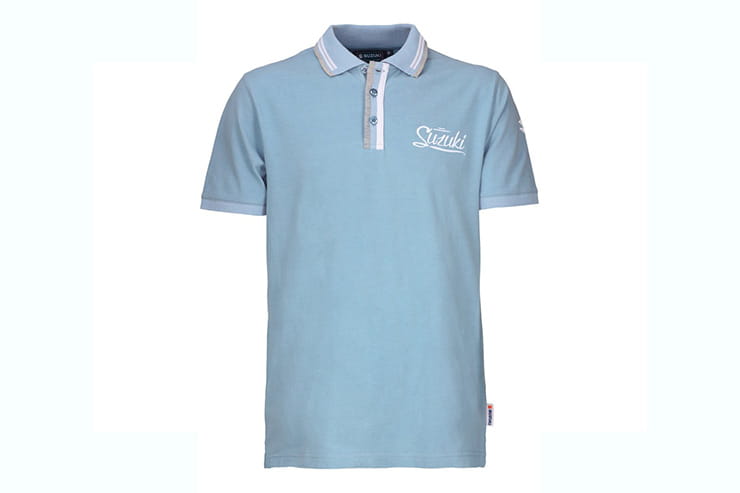 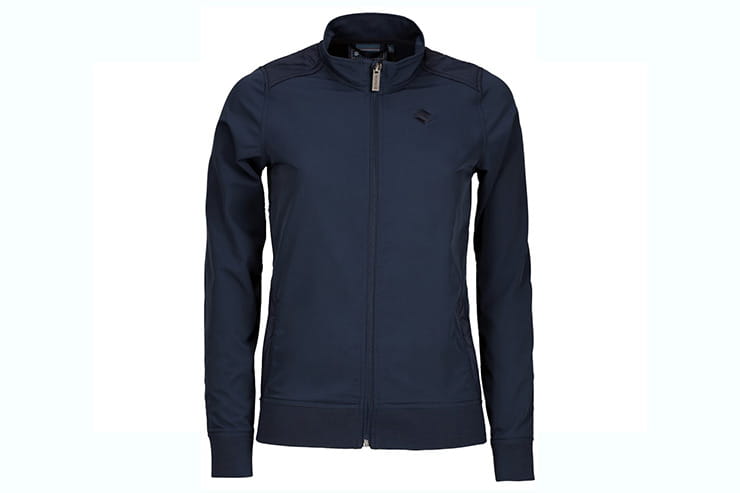 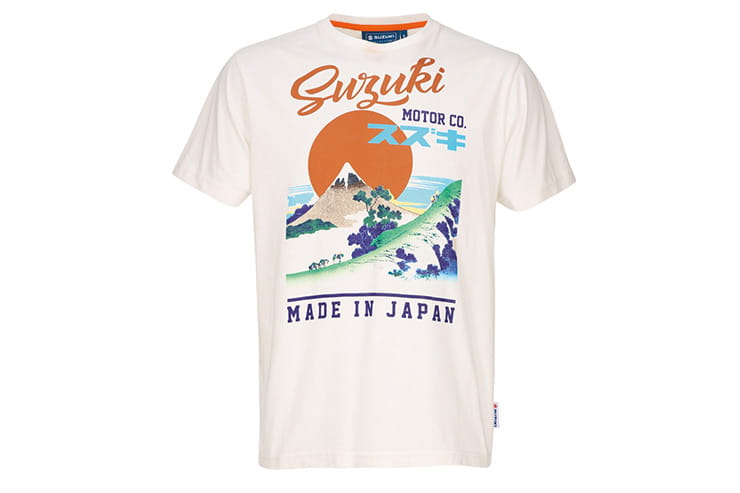 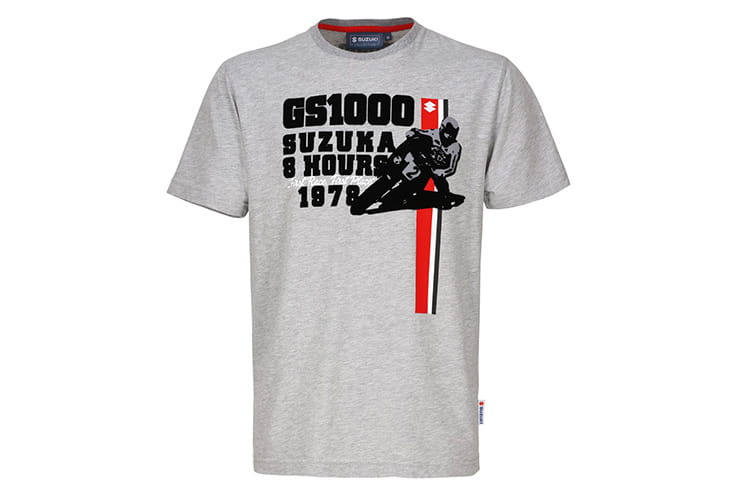 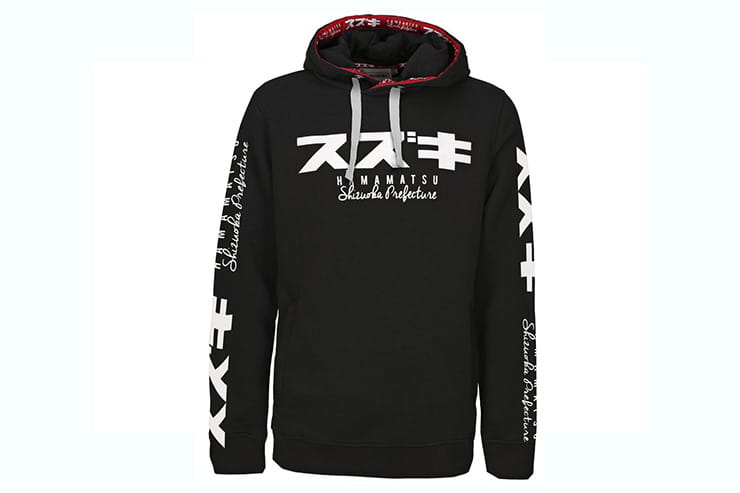 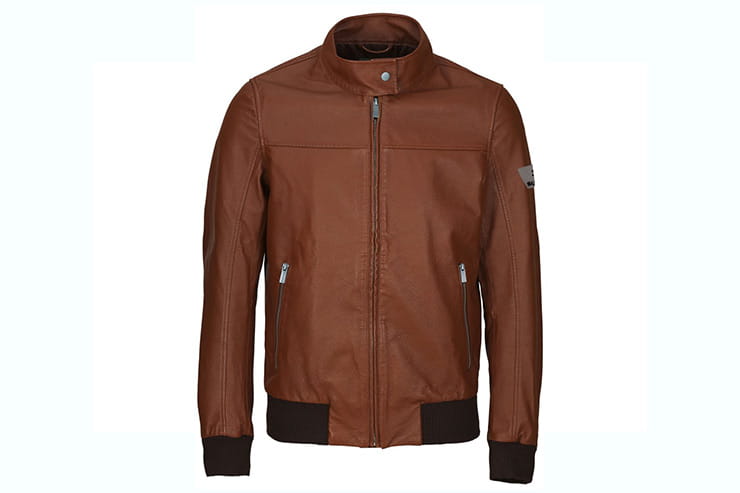 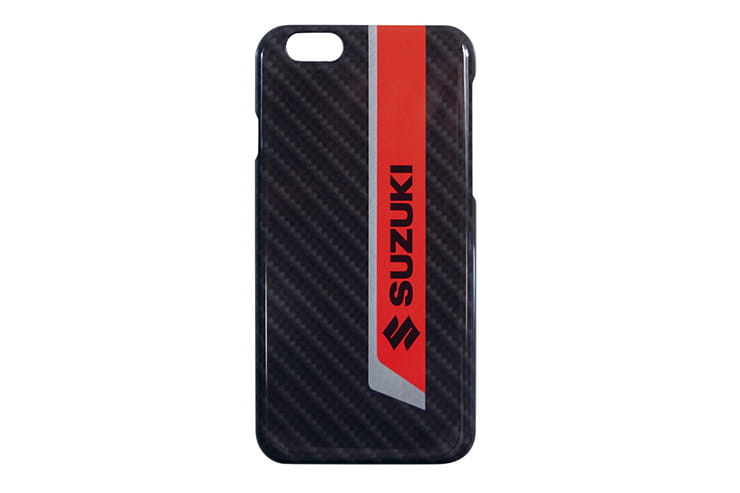 Always wanted a Suzuki-branded toaster sitting in your kitchen? Well you’re in luck, because that’s part of the firm’s 2018 merchandise range.

OK, so a Suzuki toaster might be going a little too far, but compared to some of the garish tat that used to be the mainstay of motorcycle firms’ offerings the rest of Suzuki’s 2018 kit really doesn’t look too bad at all.

Suzuki has changed the way manufacturers approach their clothing collections in recent years, with the launch of its range in 2012 signalling a departure from conventional motorcycle designs, instead seeing items take design cues from mainstream fashion trends. And 2018 is no different, with the latest range featuring a host of brand new garments and designs – including t-shirts and polo shirts, hoodies, leather jackets, and sweatpants.

Suzuki’s clothing and merchandise can be purchased through all authorised dealerships, or online at bikes.suzuki.co.uk/shop or via the official Suzuki Bikes UK eBay store.