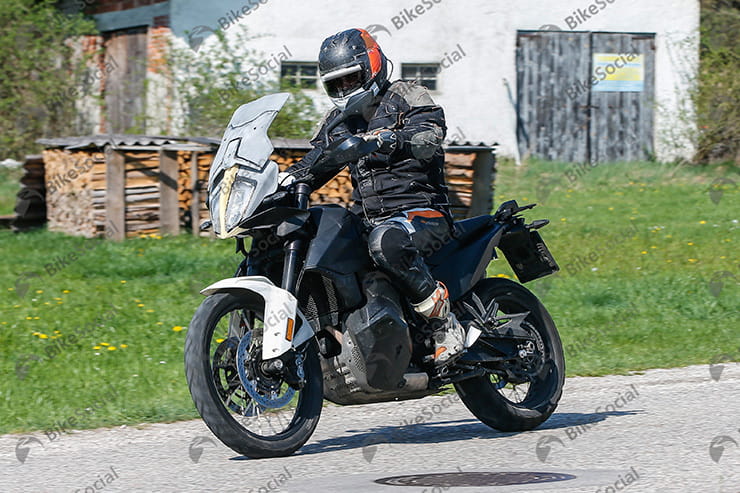 Big adventure bikes have dominated the sales charts for years now but as those flagship machines get ever faster, taller, heavier and pricier there are growing indications that the next boom could come in the next class down. BMW’s new F850GS has specs that would have shamed the bigger R1200GS not so long ago. Triumph’s Tiger 800 goes from strength to strength. Yamaha is on the verge of unleashing the new Tenere 700. But the best of all might well be the upcoming KTM 790 Adventure.

There’s no secret that the 790 Adventure is coming. KTM showed the bike in ‘concept’ form – really a near-production prototype – last year. It’s set to share the impressive LC8c parallel twin engine that debuted in the 790 Duke this year and, presuming KTM follows the same route as it’s taken on the Duke, the Adventure will also benefit from class-leading electronics.

When we rode the 790 Duke we reckoned its combination of style and technical sophistication moved the game on in its middleweight class. The same is just as likely to apply to the Adventure version.

We’ve seen spy pictures and even spy video of the 790 Adventure before but the latest shots show a slightly different version of the bike. It’s possible that KTM is simply developing and testing accessories, but the tall screen and Tarmac-oriented tyres seen here give the bike a conventional adventure-tourer style compared to the rallye-raid-inspired 790 Adventure Concept.

Whether it’s sold as a standalone touring spec model – as the 790 Adventure T, perhaps – or represents normal 790 Adventure loaded with options, the machine you see here is certain to be much more representative of the spec that customers will opt for.

In fact, most of the body panels are the same as the concept bike’s. There’s a typically-KTM, sharp-edged style, with jutting side  panels that follow the line of the forks and the company’s current split-headlight family face. However, the concept’s high-mounted front fender is gone, replaced with a more practical and aerodynamic tyre-hugging design, and the front end has been changed to incorporate a tall screen and extra bodywork either side of the headlights  to deflect air away from the rider.

The frame and WP suspension appear much the same as the concept and earlier spied versions of the 790 Adventure.

In terms of spec, the 790 Duke tells us much of what we can expect from the new bike. In that machine, the 799cc parallel twin makes 105hp, which means it’s got more poke than Honda’s larger Africa Twin. And given KTM’s uncanny ability to shave weight from its bikes, you can be sure that the 790 Adventure will be among the lightest in class, too.

Twin balancer shafts – one in the crankcase, one in the cylinder head – make it smoother than you’d expect and a 75 degree offset in the crankpins means that despite its parallel twin layout, its firing intervals – and hence exhaust timbre – are the same KTM’s V-twin engines.

The Duke also demolishes the opposition in terms of standard kit. Tech on that bike includes a two-way quickshifter, cornering ABS and traction control incorporating an Inertial Measurement Unit (IMU). That’s superbike-style stuff, not the equipment we expect to see on a mid-range model. Given that the Adventure is set to sit a fraction above the Duke in the range, it’s sure to have all the same technology, and probably some more to boot.

Whether all that will be enough to stop buyers from marching into their local BMW dealer and ordering the default R1200GS remains to be seen, but when it comes to stealing sales from the smaller F850GS and Triumph Tiger 800 the new KTM looks to be in a very strong position indeed.