Less than 18% of bikes fail their MOT, can you guess what the most common reason is? 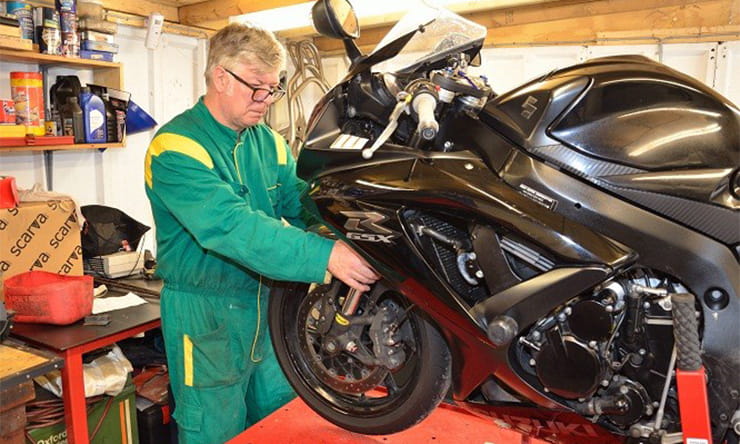 For most of us the MOT test is an annual chore that’s always fraught with a nagging doubt; is my bike going to fail on an embarrassingly simple fault that I should have spotted myself?

It turns out that all too often the answer is going to be ‘yes’.

New figures about motorcycle MOT failures released by the DVSA have both good news and bad news for motorcyclists. On the positive side, we’re far less likely to fail the test than other road users. Only some 17.7% of the 1,011,080 bikes that took the MOT over the 2016/2017 period covered by the latest figures actually failed the test.

The bad news is that by far the most common reasons for failing are the simplest ones to avoid. It’s emphasised by the fact that nearly 42% of bikes that fail their MOT are fixed on the spot within an hour, leading to a ‘final fail rate’ of just 10.3% of all bikes. That final fail rate is well under half that of any other category of vehicle. 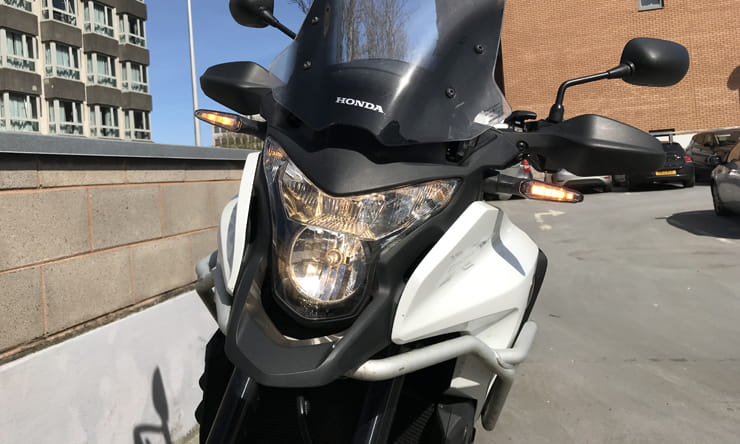 For bikes, the number one reason for failing is ‘lighting and signalling’ – and that means stupid problems like blown bulbs are tripping up far more of us than they should.

Overall, lighting problems are MOT failure points in some 9.8% of tests. And they make up 39.4% of all the failure-worthy defects picked up by MOT testers.

There’s little reason for any of those failures to happen. Although the government figures don’t break them down any further, it’s likely that most of them are simply blown bulbs; so check you headlights, tail lights, brake lights or indicators. Don’t forget to make sure both dipped beam and high beam are working, plus the sidelights and the oft-forgotten number plate light. The rear reflector is also an MOT check item, so make sure it’s there.

Other possible fails on the lighting and signalling front could be ‘leaking’ white light from orange indicators or red tail lights, caused by cracks in the lenses or even just fading. Still not too hard to spot, really.

Perhaps a little harder to pick up – but much rarer – would be issues like indicators not flashing at the right speed (between 60 and 120 times per minute – faster or slower than that is a fail).

Headlight aim is another potential fail, and again it’s easy enough to check in advance. There are dozens of online resources showing how to do it, so we won’t repeat the advice again here. 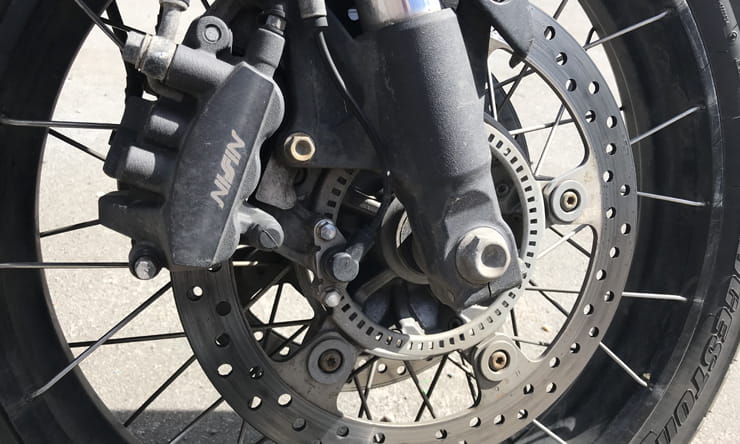 Lighting might make up the lion’s share of MOT fails, but of course some bikes are picked up for more serious problems.

Brakes are the second most common reason for MOT disappointment, causing fails in 4.8% of tests. They make up 18.6% of all failure-worthy defects. 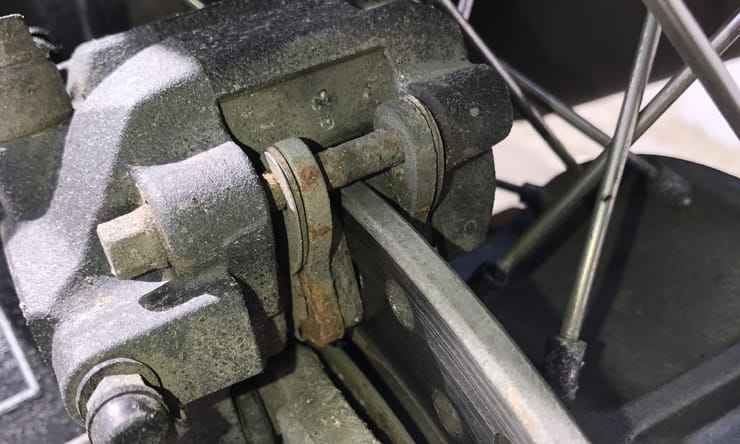 Pads on this bike are in good shape, the corrosion is down to constant heating, cooling and salt spray from winter roads and is quite normal

Since you probably don’t have the equipment to carry out an efficiency test as they do in the MOT, you’ll have to rely on your own instincts a bit more here. Basically, if your brakes aren’t feeling as strong as they used to, it’s worth tracking down the cause – and that applies whether or not your bike’s due for its MOT test.

However, there are still a few things that we should all spot before the MOT. A visual check of the brake hoses, pads, discs and the fluid level only takes a few seconds. 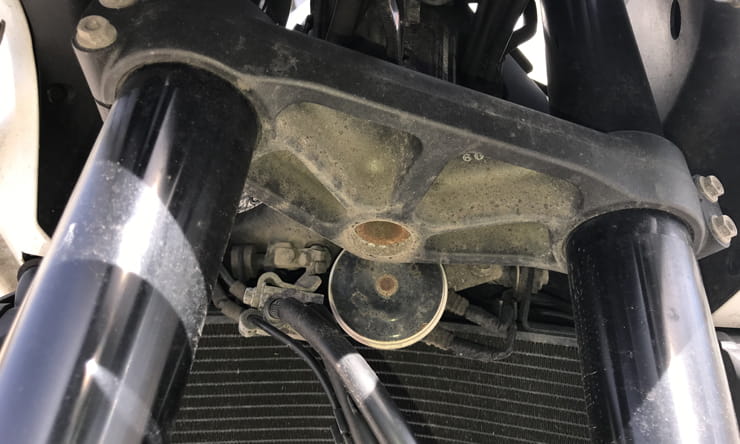 Next most common failure point is ‘steering and suspension’. It’s more of a catch-all category and a failure here might well not fall into the ‘damn, I should have seen that’ category.

Even so, if there are obvious leaks from the forks, any loose components or baggy bearings, get them sorted before attempting the MOT. We go into a bit more detail on what to check here. 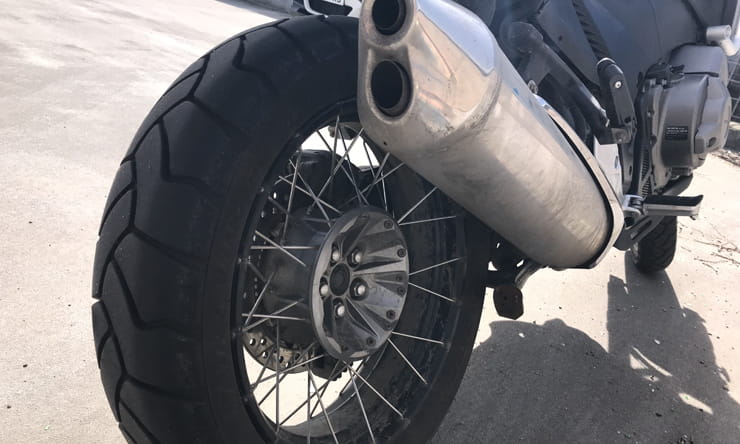 We’re back to simple stuff for the next most common failure point – it’s tyres and wheels.

Again, the figures aren’t split down into more detail, but it’s a sure thing that it’s the tyres rather than the wheels that are the root of most of the failures. Again, this is one of those things that’s not worth leaving until the MOT is due before getting it sorted – if your tyres are bald or squared off, get some news ones. Even putting aside the obvious safety arguments, your bike will be so much better to ride. 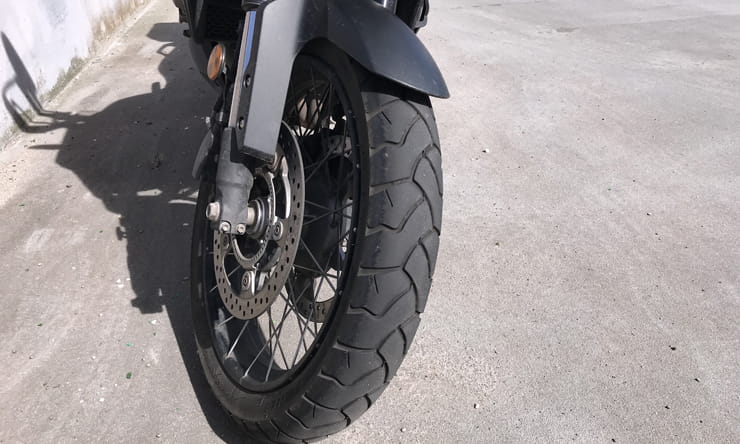 As well as tread depth – at least 1mm deep for at least ¾ of the width of the tread, all the way around the tyre, and it must be visible all the way across – remember to check for bulges, cuts or lumps. One catastrophic blow-out will be enough to make sure you never ignore your tyres again, but you’re far better off never having that experience at all.

Hopefully this isn’t news to most of you, but ‘tyres and wheels’ were still listed as a failure point in 3.3% of MOTs in 2016/17, accounting for 11.2% of all failure-worthy defects.

Incredibly, that means if we could just eliminate worn tyres and dodgy lights – stuff that every one of us should be able to spot with ease – we’d be getting rid of a full 50% of all the causes of MOT failures.

Each the other potential failure categories apply in around 1% or fewer of all tests, so if you’ve covered all the issues mentioned above, you’ve hugely increased your chances of a pass.