Rare bikes come under the hammer next week 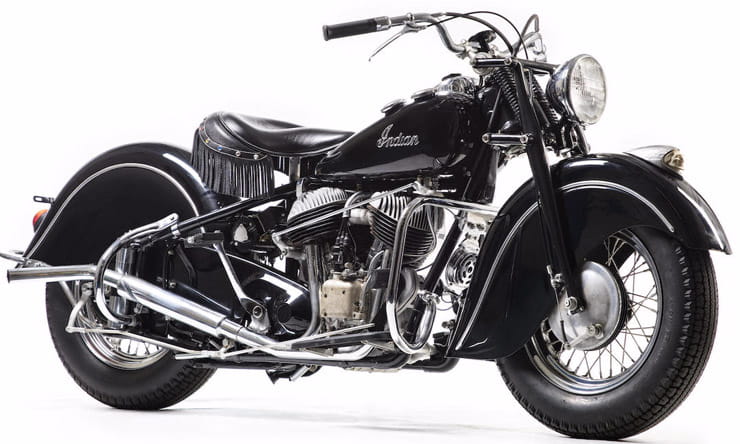 This coming Monday will see over 50 exotic motorcycles going under the hammer at Bonhams’ Bond Street auction house in London. The auctioneer will be inviting bids on bikes from the Robert White collection, with the proceeds going to the Robert White Trust Fund to enhance patient care at Poole Hospital in Dorset.

Robert White was an entrepreneur in the photographic world, building his company from a small shop in his home town of Poole to become one of the biggest independent photography suppliers in the UK. Sadly, he lost his life to neuroendocrine tumours in 2015 aged 62. His wealth allowed Robert to indulge in his passions, which included classic cars, fine watches and motorcycles, all of which will be among the 614 items coming under the hammer this week.

While the eclectic collection includes modern motorcycles like a 2010 BMW R1200GS and a Harley Street Bob from 2012, the bulk is made up of classic Italian machines from MV, Ducati, Gilera and Laverda, as well as various Indians, Triumphs and a few oddities, such as a diesel powered Enfield Robin and a Honda monkey bike. If the budget, or garage space, doesn't quite stretch to a new bike, there are also numerous books, components and memorabilia from over the years.

We got our hands on a catalogue and picked five machines that caught our eye.

This bike was last used in 1970. It was left safely tucked up until it was sold to Robert White via a Bonhams auction in 2009. The 1951 machine is all original but will require re-commissioning before use. Vincents have never been a cheap seat and despite needing some TLC, the guide price for the handsome V-twin is set at £50,000 to £60,000.

In 1974 Ducati built 401 of these sporting beauties, and 44 years on it’s anyone’s guess as to how many survive. The café racer stance is back in fashion and this is reflected in the prices for these roundcase models, which have rocketed. Robert White had this bike restored and, since its completion, it has spent most of its time on display. The much sought after Ducati goes into the sale with a guide price set at £60,000 to £70,000.

Hand made in limited numbers the MV750S was always out of reach of the biking masses, and with a guide price for this example coming in at £25,000 to £30,000, nothing much as changed. Robert White acquired this bike in November 1981. Prior to that it had only had two keepers. He rode the bike on a regular basis and had a hand in racking up the 10,500 miles displayed on its speedo. The four cylinder MV 750S had a top speed of 135mph and, unusually for a sports bike, it uses a shaft rather than a chain drive.

This is an exact replica of a 1972 works MV Grand Prix bike that Agostini would’ve raced. The three-cylinder, four stroke, 500cc was recreated by Classic TT winners Kay Engineering. Built over a three year period between 2005 and 2008, it was copied from original factory drawings. The crankcases, gearbox and cam box covers are all lightweight magnesium. Unlike many others, this example hasn’t been raced, although last year another replica managed to do 110mph average laps at the Classic TT. This exotic piece of engineering is tipped to achieve a cool £100,000 when it goes under the Bonhams gavel.

The Robert White collection auction will start at 10am on Monday 19th September. More information can be found on the Bonhams website.