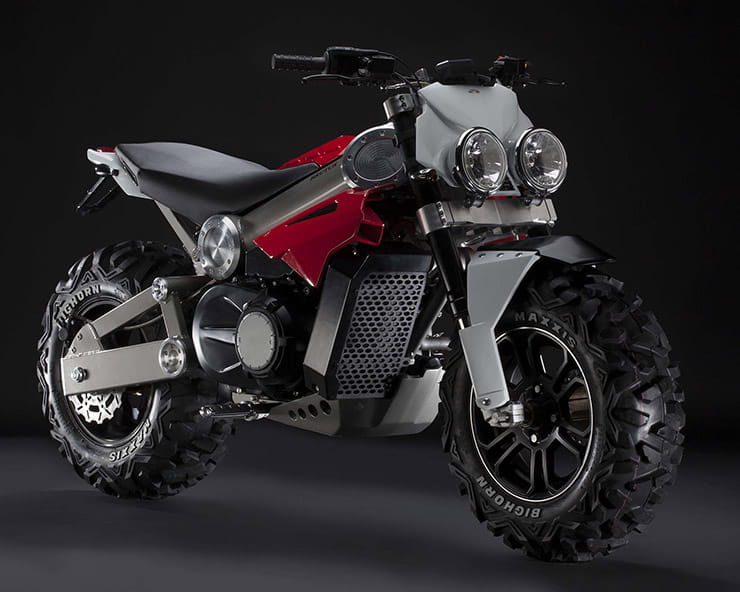 Remember the Brutus 750? No?  The mad, oversized monkey bike appeared in a flurry of publicity back in 2012, pitched as the SUV of motorcycles, and dropped from sight just as quickly.

There was a second coming in 2013, when it was rebranded as a Caterham in one of the most ill-fitting tie-ins in motorcycle history. Again it made international headlines, and again it was equally fruitless. But far from dying altogether the Brutus project has changed hands and names once again, to reappear this year under the Moto Parilla brand. While the prototype in the pictures still carries the Brutus badges, the final bike is due to be called the Moto Parilla SUV750, and the firm is set to use Kickstarter to help put it into production. Can it be third time lucky?

London-based Moto Parilla won’t actually be building the bikes. Just like most crowd-funded gadgets, the idea is to outsource manufacturing altogether – probably to China – to keep costs and overheads to an absolute minimum. And that’s something that should be handed down to the customer, as the firm reckons the SUV750’s price will start at just $5500 (£4175) for early backers when the Kickstarter project gets underway.

That’s not a lot of money for any 750cc bike, and certainly not for something as head-turning as this. The firm has already had success using Kickstarter as a funding platform, easily surpassing a modest £60,000 goal in its efforts to finance a carbon-framed e-bicycle – a design that was also shown under the Caterham banner back in 2013. That Kickstarter ended on September 10 with more than £100,000 pledged, and Moto Parilla says that a similar funding effort for the SUV750 will start soon.

Both the e-bike and the Brutus/SUV750 are designed by Alessandro Tartarini, His previous work includes the Italjet Formula and Dragster scooters.

So what’s underneath that mad-looking exterior? Actually, it’s just as crazy under the skin. The engine is a 750cc single, making around 45bhp and borrowed from a Quadzilla RS8 four-wheeler (also a Tartarini design). The transmission is from the same source, and that means it’s a CVT with selectable high and low ratios and even a reverse!

Moto Parilla reckons that transmission, allied to the lazy torque of a big single, will help make the bike much easier to ride than conventional off-roaders. The focus is more on go-anywhere ability than performance, and with huge Maxxis Bighorn tyres – also taken from a quad bike – it shouldn’t be short on traction. It’s only one-wheel-drive, though, despite looking like the power should go to both ends.

Perhaps learning from the previous experiences of the bike in both Brutus and Caterham forms, Moto Parilla has so far opted not to push for maximum publicity. However, it has released a promo on YouTube (below) along with some videos of prototypes under test, leaving no doubt that it’s a real, running machine. How those mad-looking tyres affect its handling we’ve yet to see, but it looks like it might be fun to find out.

You can sign up for more news on the bike via the Moto Parilla website here: http://www.motoparilla.it/moto-suv-750/ 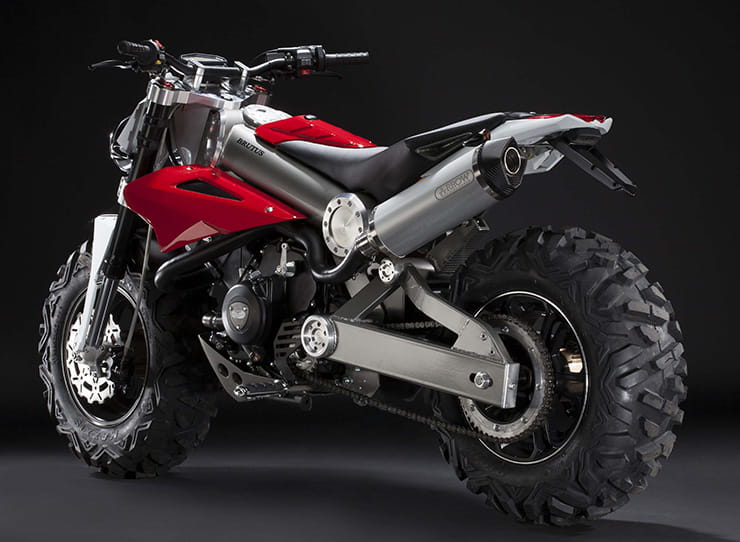