Dougie Lampkin laps the TT course - on one wheel! 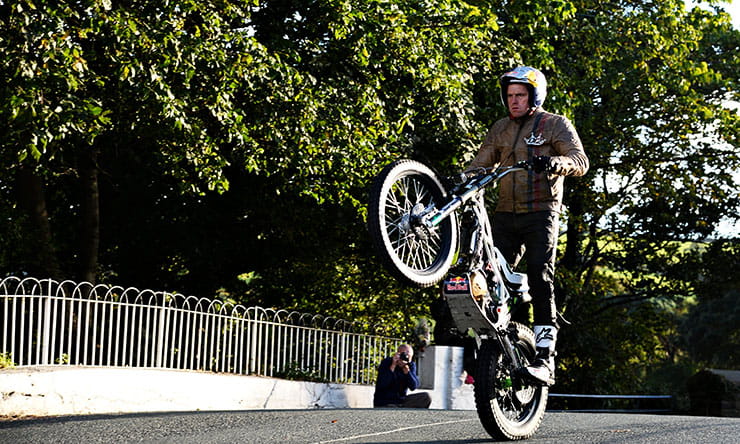 Trials icon Dougie Lampkin completed the toughest challenge of his career last night as he did a complete lap of the legendary Isle of Man Mountain course, on one wheel.

The 12 time world champion completed a mission that was first attempted by pioneering stunter Dave Taylor in the 1970s, doing so in a time of 95 minutes. It was also the first time an entire lap of the TT course has been broadcast live, with the event being shown as it happened on the online Lampkin’s sponsor Red Bull’s online TV channel – Red Bull TV.

Riding his lightweight Vertigo trials bike, the Isle of Man resident had to fight high winds and extreme fatigue in what was not only a test of skill but also human endurance. Despite a few missed gears and an incident where he almost touched down at the start of the mountain section, the 40-year-old was able to bring it home and write his name in the record books.

Speaking after the challenge, Dougie said:  “It took a while to settle down. I was going too fast and on the brakes too much, and I had two massive moments at the Gooseneck, within about 50 metres of each other. From then I thought it was going to be a nightmare (on the Mountain) because it was just so windy. I was just gripping everything. I could feel the brakes warming up and I was just everywhere. I wouldn’t wait for it to be over. The last 15 seconds was fantastic but the rest of it was a real challenge!” 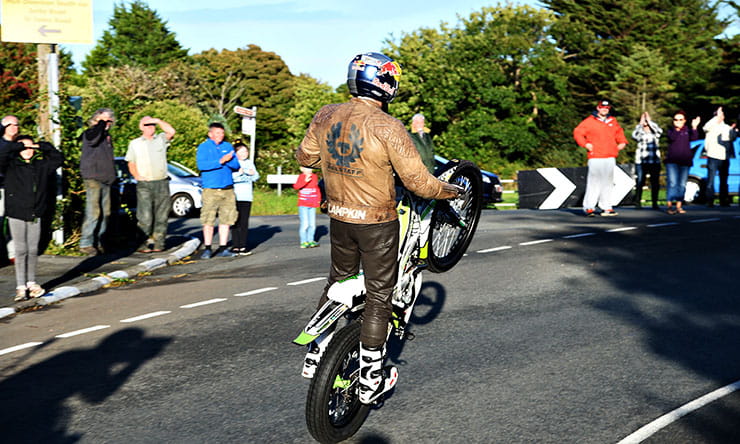