Circuit of Wales boss: “We’re targeting early next year to break the ground” 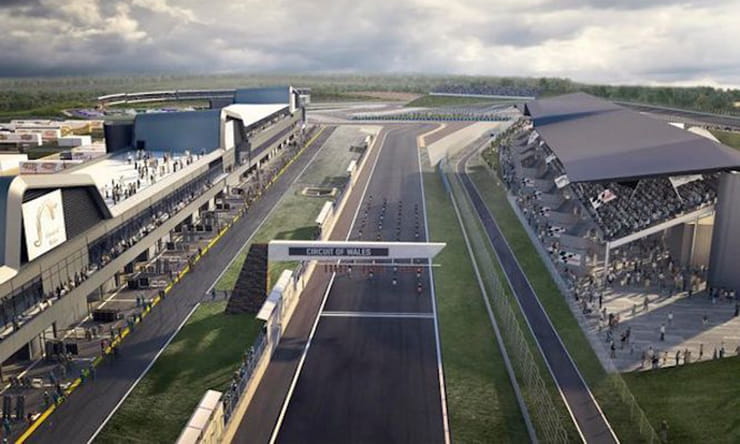 In an exclusive interview with Bike Social, Martin Whitaker, Chief Executive of the Circuit of Wales, was keen to put to bed rumours of financial issues with the project and clarified that “100% we have our funding in place” and that “we are targeting early next year to break the ground”.

We’ve also got hold of a video of a virtual lap of the 3.5 mile circuit. The eye-line and sound appears to be more like a Formula One car instead of a MotoGP bike but gives an impression of a fast and interesting circuit layout - one that was developed with Ron and Leon Haslam, Steve Parrish, Chaz Davies and Loris Capirossi among others.

Whitaker, a British businessman and former CEO of the Bahrain International Circuit, was installed in November 2015 to lead the £315m, 830-acre development in the Ebbw Vale region of South Wales. His objectives are not only with the development of the circuit and its facilities but also to grow the British MotoGP event in the interim period.

In August 2014, a five-year deal was signed between DORNA, the MotoGP commercial rights owner, and the Circuit of Wales to host the British round from 2015 onwards. A two-year ‘loan’ contract with Silverstone to host the race was subsequently signed although the Circuit of Wales team would still be involved in promoting the event. With delays to the the construction and the Welsh Government elections causing issues, a further one-year deal for 2017 with a one-year option for 2018 was signed and announced at Silverstone’s MotoGP round last month.

A virtual onboard lap of the 3.5mile Circuit of Wales

The provisional 2017 MotoGP race calendar was announced earlier this week with the British round moving back into the Bank Holiday slot at the end of August, a fact that left Whitaker rather buoyant, “We want to make the MotoGP platform bigger and better and we understand the importance of the Bank Holiday. Of course, we recognise the egress issues this year and we will work on this.”

This year the MotoGP calendar placed the Misano round just one week after Silverstone but next year the two-week gap and a Bank Holiday Monday immediately after the race leave organisers hoping to extend the activities and events of the weekend and ultimately resulting in a race day crowd in excess of 100,000.

Even unsubstantiated rumours of a bid for Silverstone by Jonathan Palmer’s Motorsport Vision (MSV) group, who already own five UK circuits, failed to concern the Circuit of Wales boss, “I can assure you that any bid won’t affect the running of (the British round of) MotoGP.”

The story of the bid was published this week by top motorsport publication, Autosport, and adding flames to the invisible fire, MSV’s press office responded to our request for clarification with the standard, “There is no official comment on this at the moment.”

One of the delays to the project has been the Welsh Government’s elections and subsequent recess which didn’t finish until earlier this month. Whitaker and his team met with new Cabinet Secretary for Economy and Infrastructure, Ken Skates, during the summer to discuss challenges and objectives.

“We are working weekly, if not daily, with the Welsh Government on these objectives”, said Whitaker. “We don’t need money from the Government but we do need a guarantee (for our primary investor). The Government stand to make a healthy annual dividend from this project once the construction is complete”, he continued.

The enormity of a project of this magnitude cannot be underestimated and since its conception back in 2009 and announcement in early 2013, a number of hurdles have had to be negotiated but as former CoW executive Chris Herring told us two years ago, “We have to take the advice of construction experts along the way, we won’t cut any corners because we’re not just looking at one race, we have to think about the next 10-15 years.” 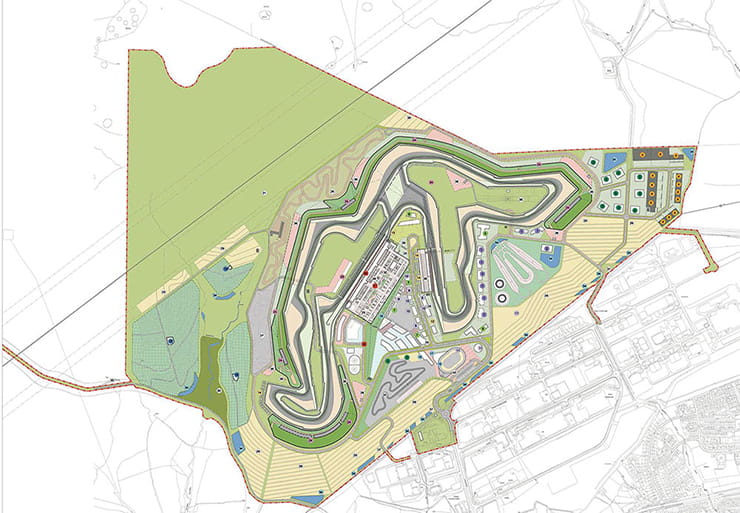