Rossi developed leathers and lid to go on sale in 2017 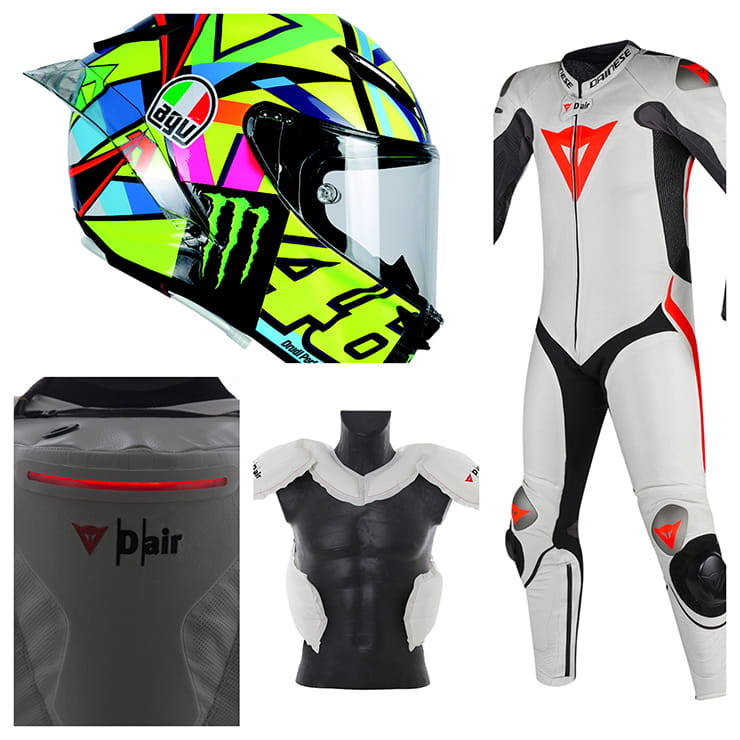 You may not have the riding skills of Valentino Rossi, and it’s highly unlikely that you’ll reach his levels of fame, but you will be able to enjoy the same levels of crash protection as the great man – provided you can stump up over £4000, that is.

The Doctor has teamed up with Dainese, his long-time clothing supplier, and their AGV helmet brand to develop a new suit and helmet incorporating the technologies developed jointly by them in MotoGP.

Unveiled by Rossi at last weekend's San Marino Grand Prix, Dainese claims that its Mugello R D-air suit introduces 25 new technologies, five of which are patented. The D-air airbag system has been extended to cover the lower sides of the rib cage, as well as neck, shoulders and collarbones. There’s also an integrated LED lighting system which goes off with the airbag, helping marshals (or emergency services) find a fallen rider more easily in the event of an accident.

There are also new constructions, materials and new elbow sliders. Well, if you want to be like Rossi…

The company claims that the carbon fibre lid is ‘the most protective helmet ever developed’ and features include a patented new visor lock system, a racing Pinlock system and, in a first for a helmet, an integrated hydration system that allows the rider to drink through a valve inside the chin area.