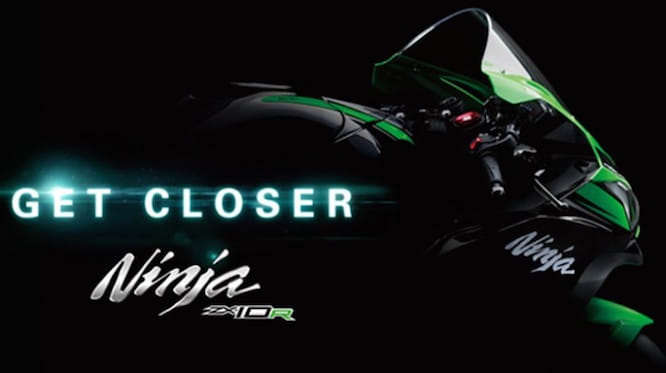 Kawasaki has just confirmed that they will unveil an all new, World Superbike-inspired Ninja ZX-10R next month.

As we reported in July, the Japanese manufacturer is set to tear the covers off an entirely new ZX10-R, closely based on the machines raced to success by Jonathan Rea and Tom Sykes in the Superbike World Championship.

While the 2016 ZX-10R will bear heavy resemblance to the previous model, it will feature a number of styling changes, state of the art rider aids and significantly upgraded suspension and brakes.

“This is not a ‘clean sheet’ design as the current Ninja ZX-10R is such a good base to develop from,” commented Project Leader for Kawasaki Heavy Industries, Yoshimoto Matsuda.

“With the new model we have focussed our development resources on an overall engineering and performance improvement. We are proud of the result; it means a significant advance in terms of both chassis and engine performance as well as providing the platform to introduce new, state of the art rider aids and other technology.

“The input the KHI development team has received from the Kawasaki Racing Team, and riders, Jonathan Rea and Tom Sykes has created what we are sure many will feel is the most competitive and potent Ninja ZX-10R yet. A motorcycle equally at home on the race track or as a highly responsive daily riding road machine.”

The bike is expected to be unveiled ahead of an exclusive launch in Barcelona next month.