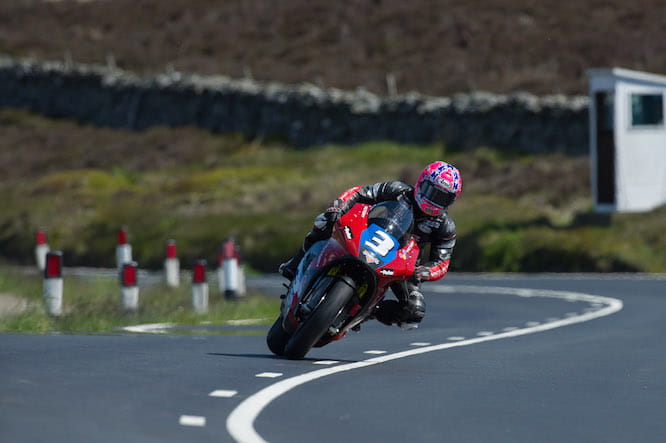 Police in Oregon have tracked down Lee Johnston’s stolen TT Zero bike less than 48 hours after it went missing.

The Victory Empulse RR race bike, which Johnston rode to third in this year’s SES TT Zero Race on the Isle of Man, was stolen from Brammo’s Oregon factory on Friday evening.

The bike was later found at the home of a local resident largely in tact with the exception of damaged bodywork and a missing rear wheel.

The suspect, who is reported to be a frequent offender, told officers he had intended to dismantle the machine and sell it for parts. Two arrests were made but nobody has actually admitted breaking into the Brammo base where the bike was proudly kept on display.

Despite the bike making its debut at this year’s TT, Johnston lapped the 33.37mile mountain course with an average speed of 111.062mph.