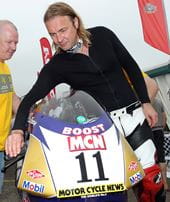 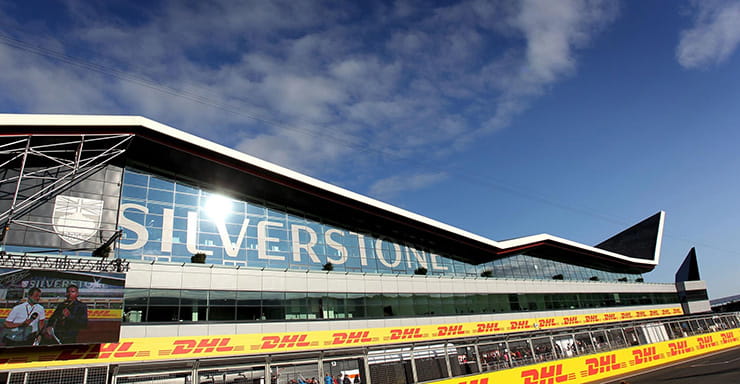 After calling Donington Park home for 23 years, the British Grand Prix moved back to Silverstone in 2010. There were major changes though, chief among them being a new circuit layout that promised to be both the longest (3.66 miles) and the fastest (107mph average lap speeds) on the GP calendar. Jorge Lorenzo and his Yamaha dominated the new track layout in that first year, winning by over seven seconds from Honda-mounted Andrea Dovizioso. 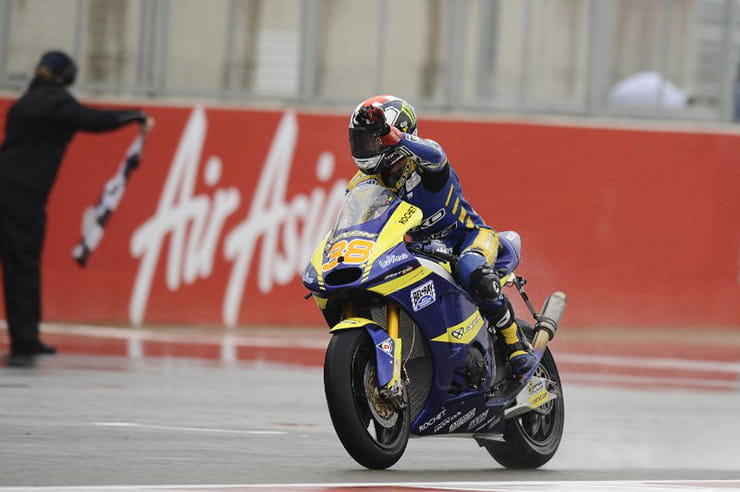 After scoring a superb third place on his Aprilia in the 125cc class at the 2010 British Grand Prix (which had just moved back to Silverstone that year), Bradley Smith went one better to take his best home result to date with second place in the Moto2 race on his Tech 3 bike in 2011. The result was all the more impressive given that Smith had to cut his way through from 28th place on the grid after being caught out by changing conditions in qualifying. 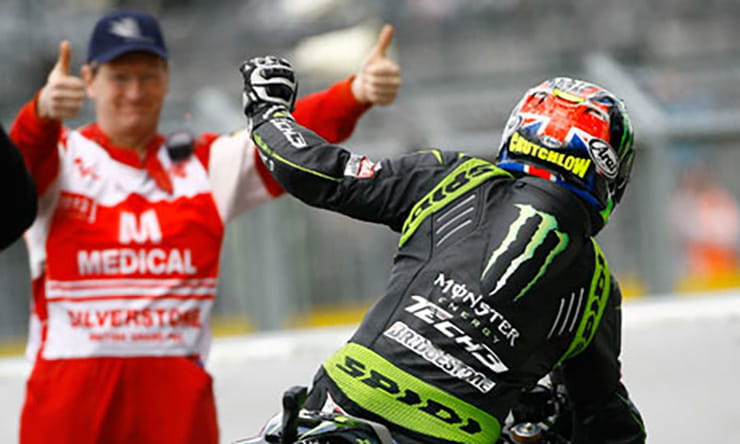 Gritty Brit Cal Crutchlow rode through the pain barrier to take a heroic sixth place from the back of the grid on his Tech 3 Yamaha in 2012. The Coventry rider had dislocated his ankle in a crash during practice on the Saturday but defied medical advice not to race and hobbled out to the back of the grid on the Sunday. To deafening encouragement from his home fans, he rode through most of the field to end up sixth and show the world what true Brit grit really is. 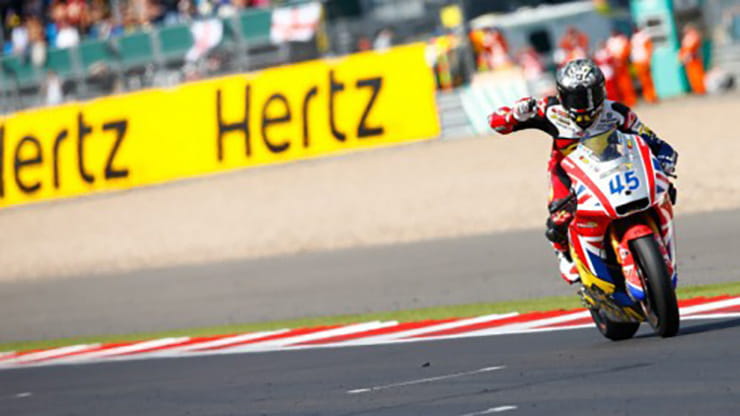 After his record-breaking win in the 125cc class at Donington in 2008 and his second place in Moto2 at Silverstone in 2012, Scott Redding once again turned the British GP crowd hoarse with a stunning Moto2 victory in 2013. Riding a Kalex for the Marc VDS team, Redding beat Japanese rider Takaaki Nakagami by just over a second before crawling through the gravel trap, Predator-style, in front of the packed grandstands. The cheers were deafening. 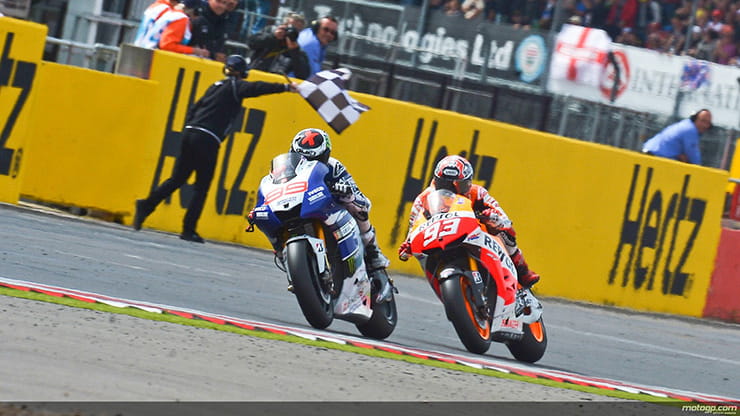 Duelling Spaniards, Jorge Lorenzo and Marc Marquez, had the fans on their feet in 2013 as they delivered one of the closest finishes ever seen at a British Grand Prix. After passing and re-passing each other relentlessly over the last two laps – including two passes in the final complex at Brooklands and Luffield – Lorenzo somehow managed to blast his Yamaha M1 over the finish line just 81-thousandths of a second ahead of Marquez's Respol Honda! 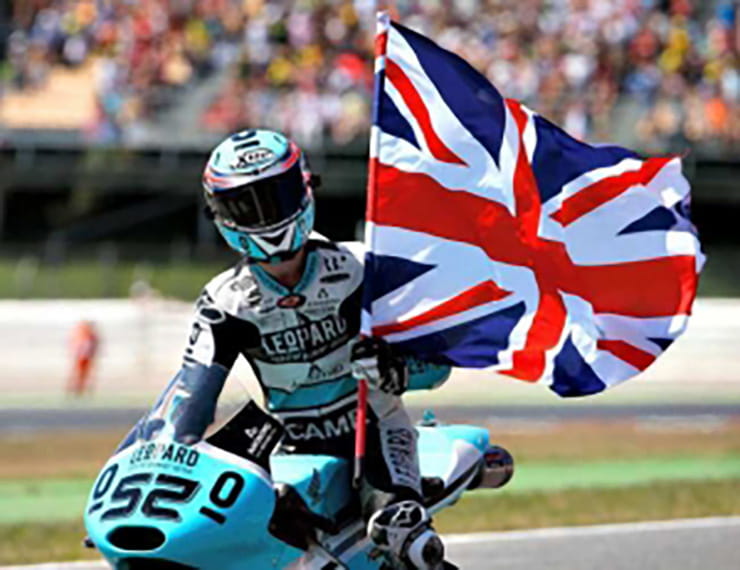 The most recent home winner of a British Grand Prix was Danny Kent in the Moto3 class in 2015. Not only did he win his home race on his Keifer racing Honda, he also took a further five victories that season to become the first British rider since Barry Sheene in 1977 to win a GP world championship. 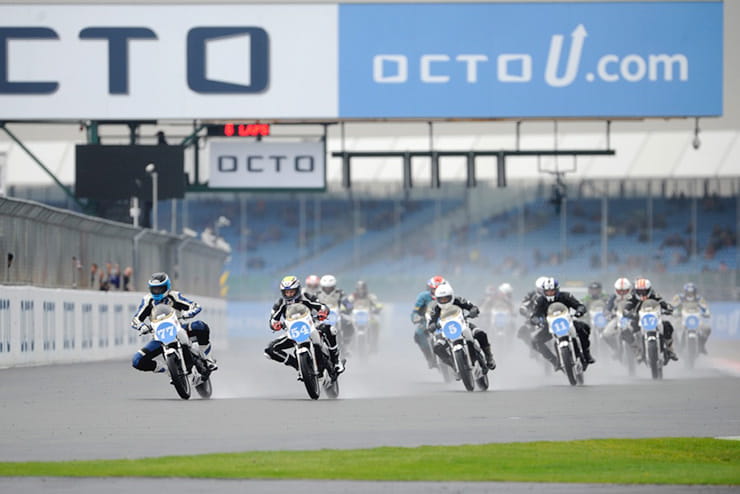 Fans attending the 2015 British Grand Prix were given an extra treat when the legendary Yamaha Pro-Am series made an unexpected return. The one-make series from the 1980s was revived with a whole grid of restored Yamaha RD250LC's and many of the original star-riders – as well as guest riders – taking part. The race was won by former GP star Niall Mackenzie, who first rose to prominence in the Pro-Am championship. Bennetts was the main sponsor for the race. 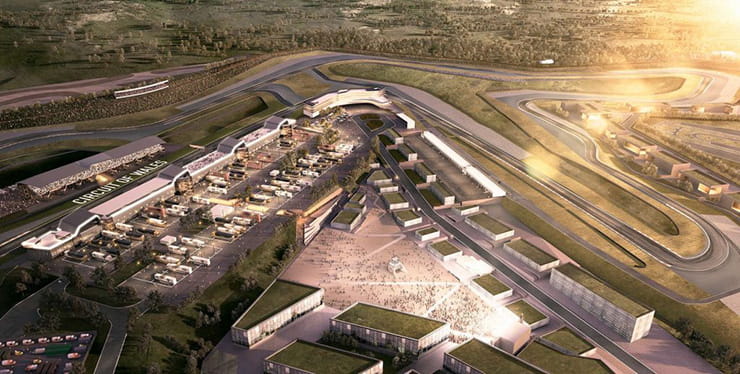 The British Grand Prix was set to have a new multi-million pound home at the Circuit of Wales from 2015 onwards. MotoGP rights holders, Dorna, even went so far as to award the rights of the race to the CoW organisers for a five-year period beginning in 2015. The only problem was, not a single brick had been laid at the proposed venue by the time the race came around, forcing the rights-holders to come to a deal with Silverstone to carry on staging the race. The circuit still hasn't been built so the GP looks like staying at Silverstone for the foreseeable future. 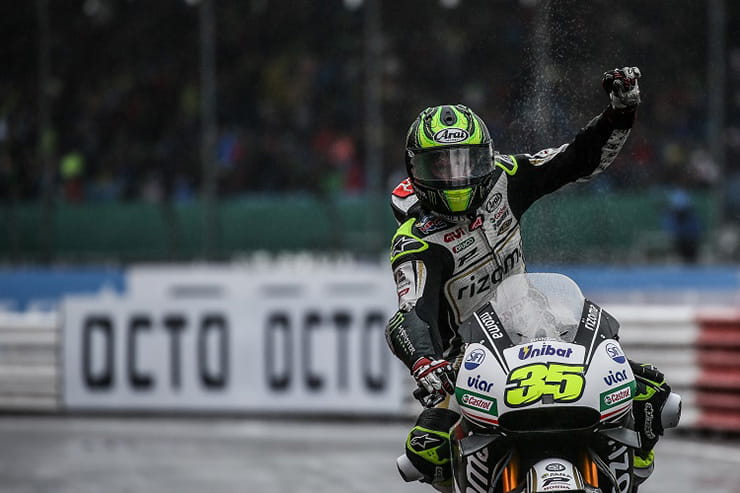 Just two weeks after taking his maiden win in MotoGP (and becoming the first British rider to win in the premier class for 35 years) Cal Crutchlow sent the Silverstone grandstands into meltdown by taking pole position for the British Grand Prix in 2016. The cheering was just as loud on the Sunday when Crutchlow rode to a magnificent second place behind Maverick Vinales and ahead of Valentino Rossi. It was as close as any British rider had come to winning the premier class at home since Barry Sheene in 1979. 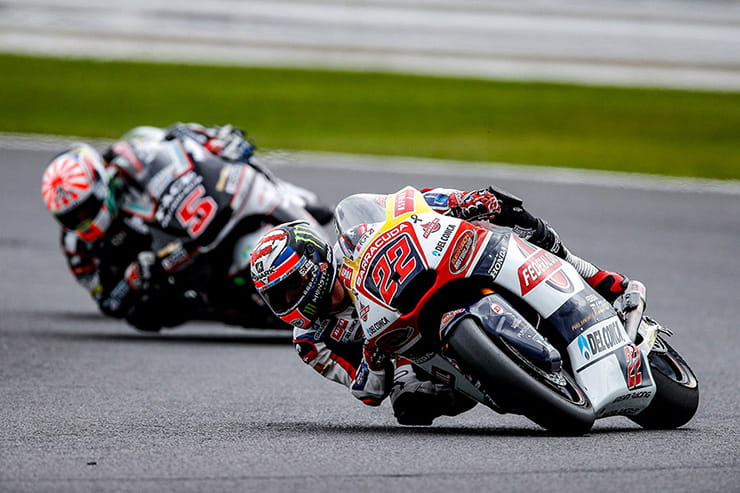 Sam Lowes dominated every practice and qualifying session before taking pole position for the 2016 Moto2 race. He looked certain to claim a brilliant second place in the race at Silverstone before being wiped out by an over-aggressive Johan Zarco. The Frenchman was handed a 30-second penalty for 'irresponsible riding' but it was small consolation for Lowes and the British crowd. He remounted to finish 22nd but was promoted to 21st by Zarco's penalty.