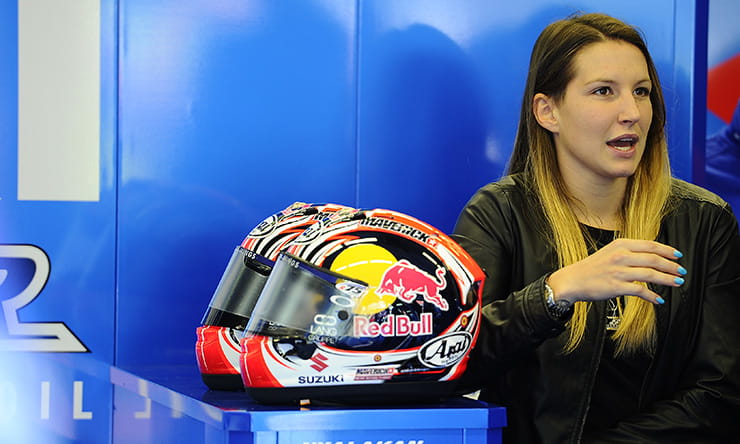 Maverick Vinales may have been top gun at last weekend’s British Grand Prix, but the 21-year-old former Moto3 world champion has a long way to go if he is to match his girlfriend’s impressive collection of silverware.

The Spaniard is romantically involved with four-time women’s motocross champion Kiara Fontanesi and we spoke to the 22-year-old queen of dirt just hours before she watched her boyfriend take his first win in the MotoGP class, to discuss the differences between top level road racing and motocross.

How do the mental and physical preparations compare between MotoGP and motocross?
“I think that mentally it is similar because when you are fighting for the championship it is always the same. Perhaps in MotoGP it is a little more mental as the lines are always the same so for many, many laps you have to focus and cannot lose concentration.

“It depends on the track but in motocross you typically have two or three lines for each corner, so one lap you can take the inside line, or the outside, or the middle, depending on which is the best or if you need to make a pass. In motocross you can brake one metre earlier or one metre later and it doesn’t matter because you can change your line. Physically though, motocross is typically harder.” 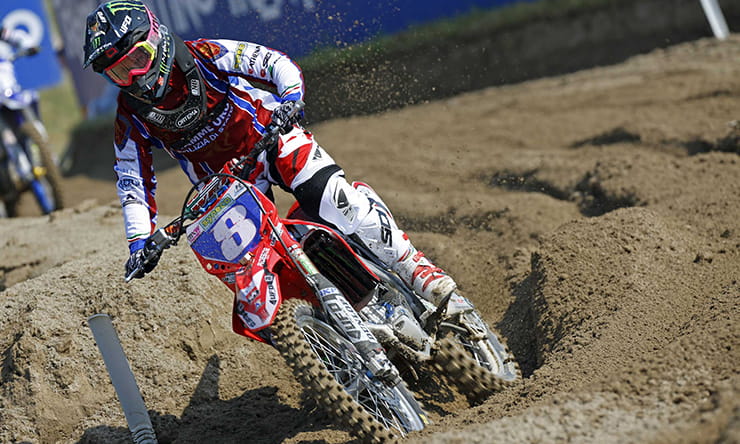 Is bike set-up a big deal in motocross?
“Bike set up counts a lot. Not as much as in MotoGP, but it is counting more and more in motocross. Maybe 10 years ago it was not so important, but now the choice of tyre, for example makes a big difference.

“My favourite tracks are the sand tracks and when you are in deep sand there is only one choice, the scoop tyre. There have been races, like in Mantova in Italy, where the sand is not so deep and I did one race with the scoop and the other with the normal tyre.

You’ve won four back-to-back titles but finished fourth in the championship this year. How has that affected you?
“I had a big change when I switched from Yamaha to Honda this year but I struggled a lot as I have not had much time with the bike and we are not yet at the same level. I had a lot of bad luck and have had some up and downs but I have learned a lot.

“When things don’t go like you want then you need to set-up your mind and come back stronger, so this has been a positive yet for me – even if I didn’t win.

“When you finish the season and you win the you want to rest, but this year I will be out training straight after the last race.”

Thanks to Dunlop for arranging the interview time with Kiara.