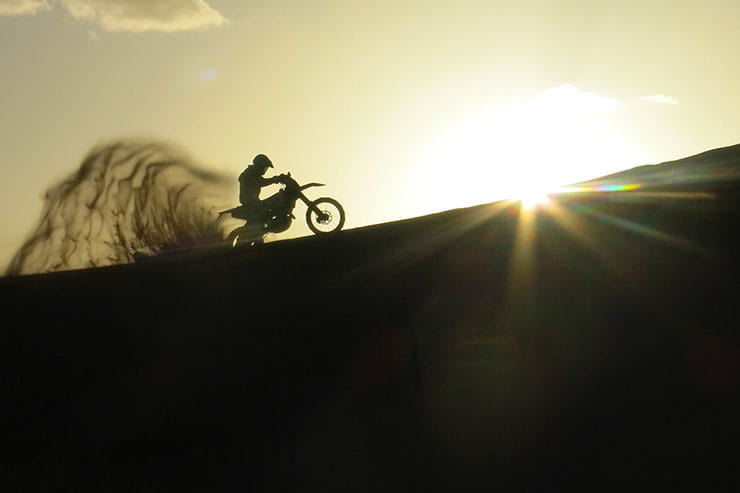 Mick Extance has raced the Dakar Rally seven times. Racing for two weeks with everything you need to live and repair the bike in just one 50kg box. If anyone knows how to pack an adventure bike it’s Mick. BikeSocial trained with Mick in Morocco, where he talked us through the practicalities and costs of doing the Dakar.

The bottom line is that, renting a bike (you can rent a proper race bike from Yamaha), you might just have small change from £50,000 but in reality, you’ll be looking at around £70,000 to compete in the Dakar. That sounds expensive, but we know mid-pack club racers and TT riders who spend similar amounts – in the wide-eyed world of motorsport it’s hard to think of a way of getting more excitement for your money.

Oh, and then there’s the years of training – riding off road for 12 hours at a time and learning to cope with gravel, rocks, sand, dust, shrubbery and combinations of all four while riding blind, or at night.

And learning to fix a bike in the middle of nowhere before it sinks into the desert, while 800bhp 4x4 trucks literally go over your head.

Next to all that, remembering what to take is relatively straightforward, but getting it wrong will see your rally over for the daftest of reasons.

Clearly, we don’t expect too many BikeSocial readers to be entering the Dakar anytime soon, but Mick’s advice has already influenced how we see packing for a bike trip. Below is a simple list of the eleven most important things that every proper adventurer should carry. For more detail, watch the video. 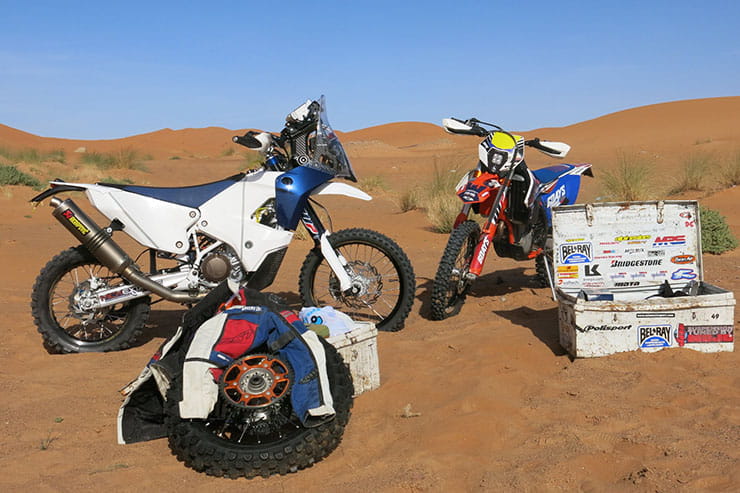 1. A motorbike that’ll do the job

Of course you can do that bucket-list long way up/down/over/round on pretty much anything. But proper adventuring needs the right bike. A KTM450 race bike like Mick’s can be bought direct from KTM for about £35,000. With fuel tanks fore and aft, it can do 250km at race speeds before you’ll be looking for gas. And if you think 450cc is somewhat small compared to your KTM 1290, you should try riding it flat out for more than five minutes on loose sand.

The Dakar Rally rules state that every rider must carry three litres of additional drinking water on the bike. That’s in addition to what you’ll carry in your Camelback device. Mick also advises lockwiring the mouthpiece of your camelback to the tube – he pulled it out on one occasion crashing, while drinking, which almost left him unable to drink on the move.

At some point you will be riding off road in the dark. If you can’t see the rocks, the ruts or the soft sand you’ll be in trouble very quickly. Having the best lights on the bike is essential, but Mick also runs a head torch, powered off the bike so he can look around him for hazards too. The headtorch is also essential should you break down so you can work on the bike.

Riding on your own in sand is dusty. Riding in the wake of a race full of other bikes, cars and 4WD trucks is like riding through a sandstorm. Air filters have a robust pre-filter over the top of them, which gets cleaned or changed at every fuel stop. Fuel in the desert can also be contaminated so regular fuel filter changes are also essential. Change your oil and oil filter every day. 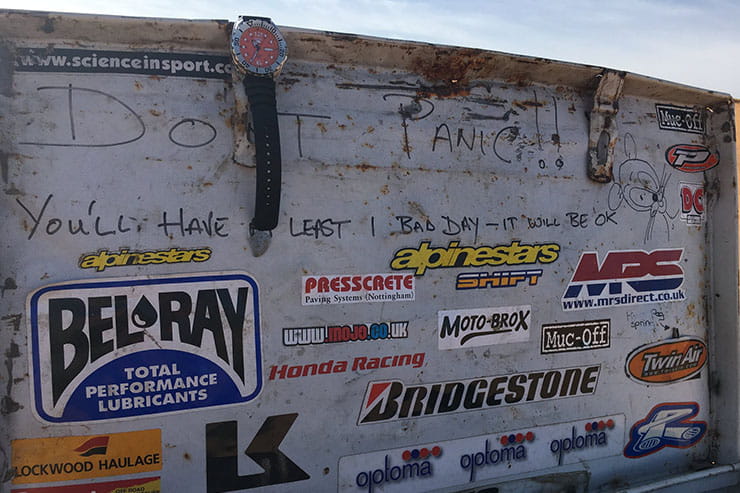 You will fall off and things will break, so build a tool kit that will allow you to do pretty much everything. Use small spanners, covered in gaffa tape for extra grip and colour code them so you can find the one you want quickly

Can be used to fix a multitude of problems on the bike and clothing. Always make sure you have plenty around.

You will fall off and at some point you will break a clutch or brake lever. Riding for miles without a clutch lever is possible, but not advisable, especially on unfamiliar terrain because clutch control can get you out of trouble.

8. Lengths of chain, split links and a chain splitter

Obviously, you’ll have a proper chain and fresh sprockets on the support truck, but on the road, have some lengths of chain to fix a broken item, some split links and splitting tool to get you going should the worst happen.

Blisters are a fact of life when riding hard over rough terrain. Stopping them happening is best, but taping over them when they arrive is vital.

Quick food, on the go doesn’t replace a proper meal, but, like your water supply, at the point that you need it, an energy bar can be a lifesaver.

Because at some point you will break one and they don’t take up much room.

Because you’re going to need at least two weeks off school. Seriously, giving yourself enough time to prepare is the key to success. The two weeks you’ll be racing is just the final part of the jigsaw. It’s the days spent getting fit, keeping fit and putting in the hours on the bike that matter. And, as lovely as the UK is, it’s lack of deserts mean you’ll need to spend some serious time abroad, learning how to ride  for day after day through terrain that routinely kills the biggest, strongest 4x4s that a car manufacturer’s money-no-object factory team can build. Good luck.

Packing for the Dakar Rally