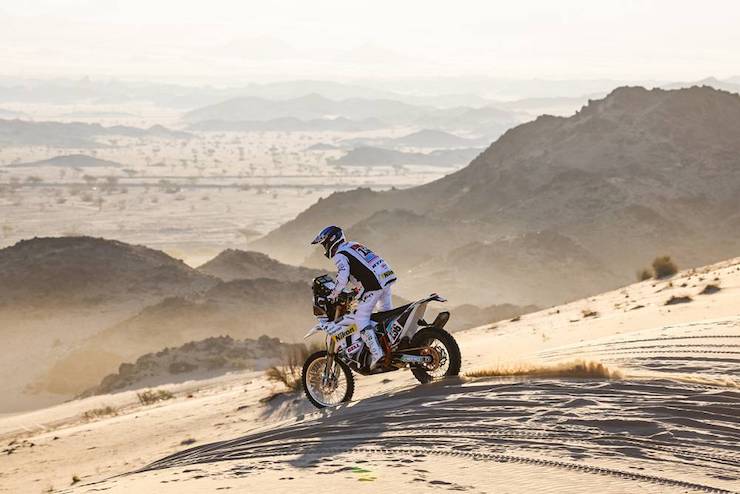 A very Happy New Year to our readers, yes 2021 is literally ‘yesterday’s news’ and we’re all about 2022… and motorsport is wasting no time in getting the engines fired up to ring in another 365 days with the start of the 2022 Dakar Rally.

What awaits is a gruelling couple of weeks comprising 12 full stages traversing some 4000km across the rocks and sand dunes of the Saudi Arabian desert for what will be the third incarnation of the notorious rally-raid to be held in the Middle East.

Saudi Arabia welcomes the Dakar Rally for the third time with a greater split between the horizon bleeding into deserts, unending swathes of sand and jarring rocky terrain after complaints the erstwhile route was too abrasive and potentially dangerous in a fall.

As such, this year’s event will traverse a greater portion of the Empty Quarter for possibly the most physically and mentally challenging racing of its ilk since the original days of the Paris-Dakar Rally.

After agreeing to two years of exclusivity, the 2022 Dakar Rally was permitted to expand its reach beyond Saudi Arabian borders with a provisional plan to integrate UAE and Oman into the route before COVID restrictions forced a delay to 2023.

With the sparse and desolate Empty Quarter distinguished by its soft sand drifts, the limited turnaround for the next stage means officials have organised an airlift out of the desert for all vehicles.

Proceedings have already kicked off with the Prologue, but today sees the true test begin with Stage 2 and a brisk 338km jaunt into the heart of the Arab nation. If you think that’s long, it’s not even half of the event’s longest stage - Stage 8 between Al Dawadimi > Wadi Ad Dawasir - which covers a massive 830km close to the end of the rally. 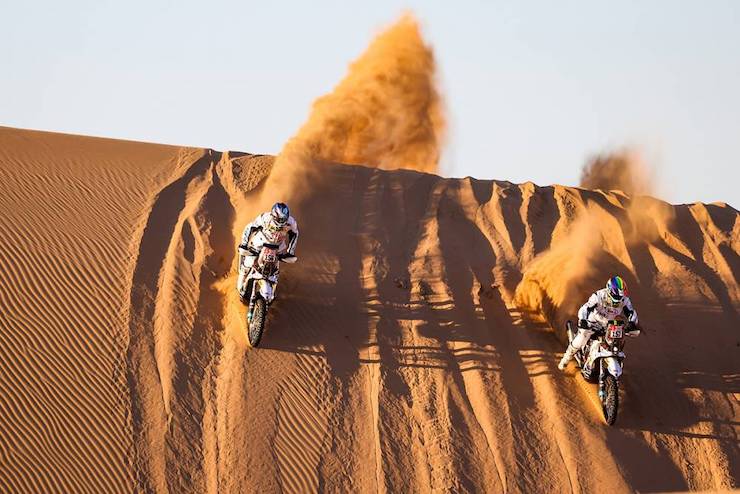 With such a history of success, Pierer (KTM) is as ever out in full force for the 2022 Dakar Rally with its factory KTM 450 Rally flanked by numerous privateer versions, plus factory efforts from sister brands GASGAS and Husqvarna.

However, while KTM is by far and away the most successful manufacturer on the Dakar Rally - notching up a cool 18 consecutive successes up to 2019, it is yet to land a win in Arabia, with Honda ending its rivals’ stronghold in 2020 before defending its title the following year.

In addition to Honda’s hat-trick attempt, Yamaha is seeking its first win since 1998, plus official entries from a host of smaller firms looking to create an upset, including Spain’s Reiju, India’s Hero and TVS, plus Poland’s Orion. 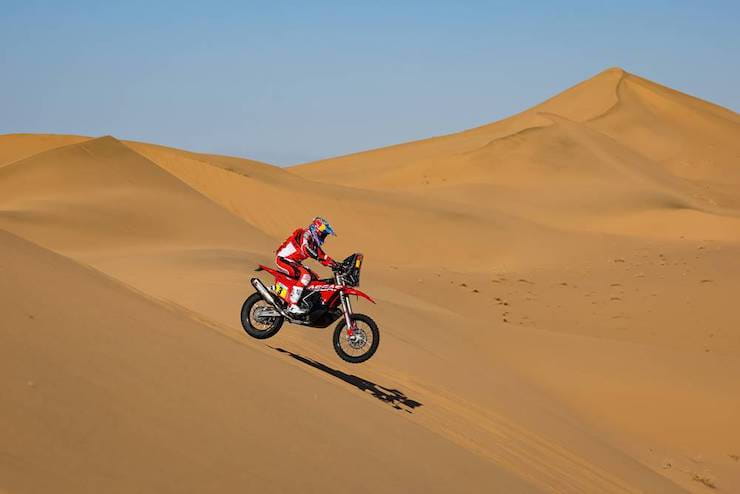 The Riders to Watch

Kevin Benavides returns to defend his first Dakar Rally success in 2022, but switches from Honda to head up the revised KTM Factory Racing line-up. It leaves Ricky Balbec to lead Honda’s attempt at a third straight Dakar success, the American - a winner in 2020 - joined by Chile’s Paolo Quintarella, who swaps from Husqvarna.

On the podium in 2021 and a winner in 2017 during the event’s South American era, Sam Sunderland switched to the similar GASGAS team for his 2022 tilt, with the Briton and Daniel Sanders representing the Spanish outfit.

Meanwhile, there is high-profile attention this year trained on the debut Dakar outing for two-time MotoGP rider Danilo Petrucci, who will go from Ducati Desmo GP21 to a rather more rugged KTM 450 Rally…

Also making their debut will be 2011 WorldSBK Champion Carlos Checa, in the four-wheel buggy category, while paralysed ex-WorldSBK racer Joan Lascorz will be out in his specially adapted buggy which has been funded from crowd-sourcing.

Why you should pay attention to the cars too…

Dakar is evolving with the motoring landscape as it considers how best to incorporate more eco-conscious fuel solutions into an event that pushes endurance and durability to the extreme.

While motorcycles will remain conventionally powered, Audi is the first to take up the EV challenge with its innovative Audi RS Q e-tron hybrid model, a machine that will likely set the blueprint for the future on both two and four wheels. 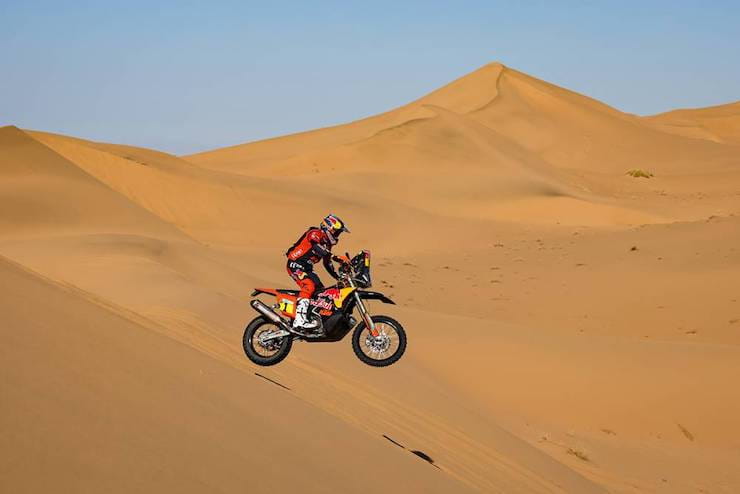 The History… and dangers

If you know your geography then you’ll understand why referencing ‘Dakar’ - the capital of Senegal - in the name of an event in Saudi Arabia is a touch misleading. However, the origins of the rally raid stretch back to the 1970s when it began as a race that kicked off in Paris and powered through north-western stretches of Africa nations - including Algeria, Niger and Mali - across the Saharan Desert.

Motorcycles have competed alongside cars, trucks and buggies since 1979 with Cyril Neveu the inaugural winner on a Yamaha XT500. In the following years BMW, Cagiva and Honda were also successful, the latter’s NXR750/800V proving a forerunner to what would become the Africa Twin.

During this period, KTM’s Dakar domination spanned two iterations of the event with seven occurring in Africa and the other 11 taking places in South America after fears over assuring the safety of competitors in an increasingly unstable political climate led to the race being shifted to a route that combined Argentina, Chile, Peru and Bolivia.

It’s Honda though that has kicked off the Saudi Arabian era of Dakar as the new force, winning in both 2020 and 2021 with Ricky Brabec and Kevin Benavides respectively.

The challenge - and therefore the danger - presented by the Dakar Rally cannot be underestimated. Since 1979, 76 people are known to have died either as competitors or in incidents occurring during the event.

In all, 31 people taking part in the Dakar Rally have died, with motorcycle riders accounting for 23 of them. Three of these have occurred in Saudi Arabia - Paulo Goncalves and Edwin Straver in 2020 and Pierre Cherpin in 2021.