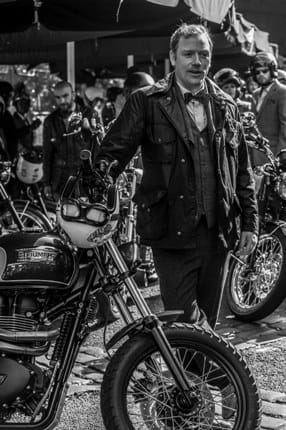 For those of you unaware, the Distinguished Gentleman’s Ride is an event organised to raise awareness for prostate cancer and funds for the treatment of an increasingly prevalent disease.

The theme is simple. Dress dapper astride a steed of suitable vintage, or at the very least machinery with tasteful customisation, and ride in a civilised manner around a city accompanied by like-minded ladies & gentlemen.

With double the 2013 turnout expected, Lord and Lady von Shed (Dutch and Vikki on every other day of the year) of The Bike Shed Motorcycle Club (BSMC) searched London high and low for a suitable venue, capable of accommodating 600-plus motorcycles and their moustache comparing riders. At the 11th hour the fine and upstanding people at Borough Market, near Tower Bridge, agreed to host the expected collective.

Sunday morning was crisp and bright, the weather gods behaving in a most distinguished manner. From 8.00am the moustached, monocled and tweed-clad throng began to gather under the gaze of the glistening Shard. By 9.00am the outdoor market area was bursting at the seams, the surrounding roads a buzz with classic Ducati’s, Vincent’s, BSA’s, Triumph’s, Indian’s and Brough Superior’s. Cafe Racers, Trackers, Scramblers, Bobbers and every type of custom in-between just kept pouring in from all over the UK. Every single person making an effort with their attire, adding to the fabulous ambiance. Think Goodwood Revival, by the Thames, but free to get in!

Take a look at this 5 minute video of the ride:

Once the mass of tweed and facial hair was packed into the Borough Atrium, BSMC’s esteemed leader Dutch set the noble tone by orchestrating the prize giving for the greatest fund-raising achievement. Nick Allot and his motley crew managed to garner just shy of £15,000 and became the highest fundraisers globally! A truly epic achievement especially given that riding a motorcycle is slightly more fun than running a marathon. Apart from looking spiffing and feeling proud, Nick was awarded a limited edition DGR helmet by Davida and jacket of his choice by Triumph Motorcycles. 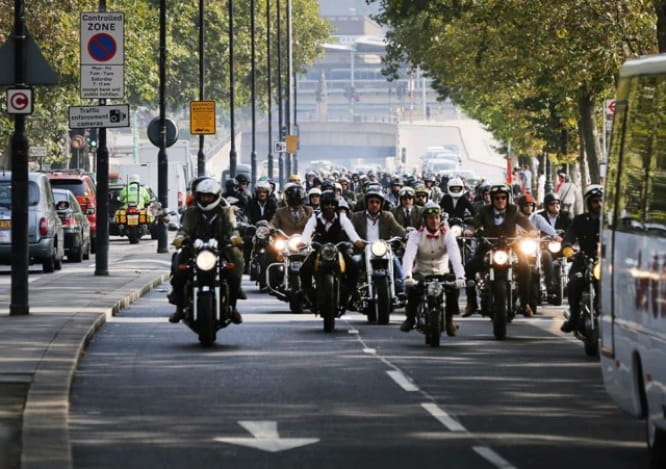 The unseasonably hot weather and infamous London traffic were bound to take their toll so London’s top custom bike builders CRC Motorcycles pitched up in a specially liveried support vehicle; a black cab of course, complete with ride on mechanics, spare fuel, parts, tools and two fair maidens offering condolences to those hampered by mechanical failure. I’m pretty sure some ‘broke down’ on purpose once news spread of the taxi’s bounty. 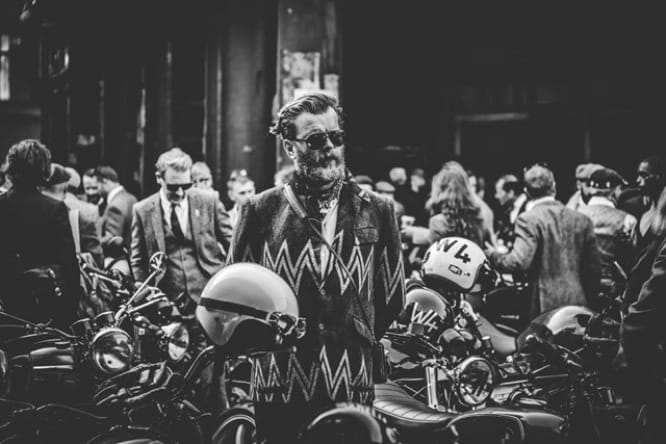 Tourists along the banks of the Thames, in open top buses, and swarms around The Houses of Parliament were in for a real treat as packs of 100-200 bikes at a time came thundering over Tower Bridge, down Embankment, all the way to Albert Bridge, causing a complete road black in front on Tate Britain. The colossal rumble of hundreds of loud-piped bikes going through the tunnel at Blackfriars really was something to be experienced.

Then over the river and along the Southbank taking in the sights and waving to the gathering crowds on the home stretch. The breakdowns and stragglers being swept up by the support crew ensuring no man, or woman, was left behind. 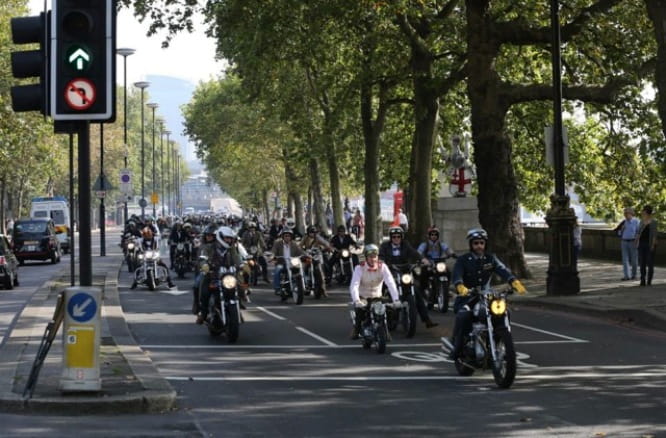 The sun continued to shine as Borough Market became packed to the gunnels once more. Engine smoke made way for cooking smells as the purveyors of sizzled meat based snacks reenergised the congregation. The worshipers at Southwark Cathedral were not as enthused by the influx of decibels to their Sunday service so apologies to them for any un-gentlemanly revving of engines. 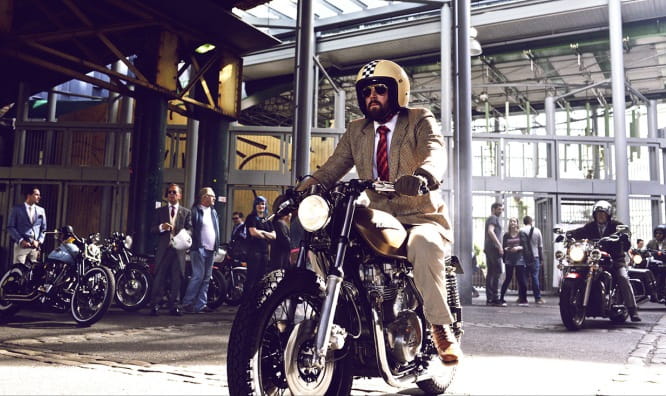 Remember chaps, to be a gentleman you must first keep yourself in fine fettle. So; a finger up the bum, no harm done - get yourself checked at once.

A big thanks to Triumph motorcycles for their generous sponsorship, to BSMC for their organisational efforts and to CRC Motorcycles for making sure everyone got home in one piece.

See you all again next year.