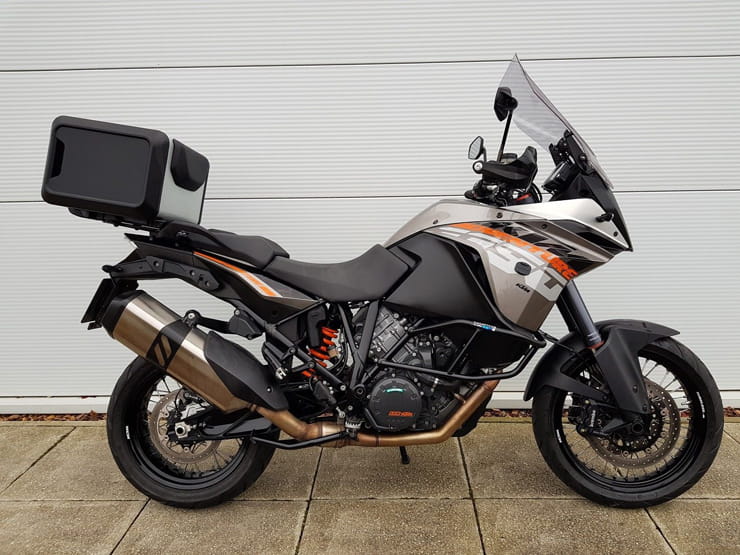 We love KTMs at BikeSocial, if only because they are the ‘anti-BMW’. Don’t get us wrong, we love BMWs too (ok, we actually love pretty much every bike), but it seems that KTM’s mischievous and relentless prodding of their near neighbours with a giant, orange stick has improved and diversified the offerings of all the other European manufacturers.

For us, this bike, the 1190 Adventure was when KTM really came of age. This was the machine where not only did the engine and chassis work as they should, but all those early KTM niggles disappeared. You could ride an 1190 for a whole year and hardly anything would fall off. The scooter-a-like switchgear of early bikes became something that started to look like an expensive motorcycle and pretty much everything that KTM had learned in their first ten years making big bikes went into pushing the 1190 Adventure as close to the top of the pile as you could get. 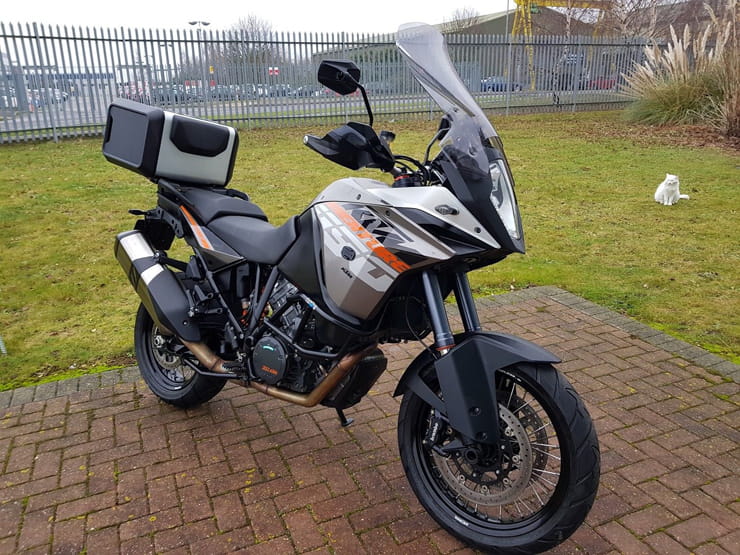 Launched in the same year as BMW’s all-new water-cooled R1200GS, the Adventure had a fight on its hands. The GS was the better road package; sophisticated, easy to ride, almost smug in it’s all-round abilities. The KTM on the other hand was more focussed, noticeably faster and much more likely to bring out the devil on your shoulder. My first ride on one was a regular 120 mile trip I make into Staffordshire, early on a frosty April morning. I still remember arriving a full eighteen minutes earlier than I’d ever done that trip on anything. Still remember looking down at the speedo on a fast, winding A-road and seeing some numbers equivalent to the fine I would probably be getting had there been any policemen left in Lincolnshire too.

Up to that point, I’d always been ambivalent towards KTM. They were ok to ride but never quite finished enough to excite me. This thing was different, not just because it went so fast, but because it made it so easy. And comfy. And confident. 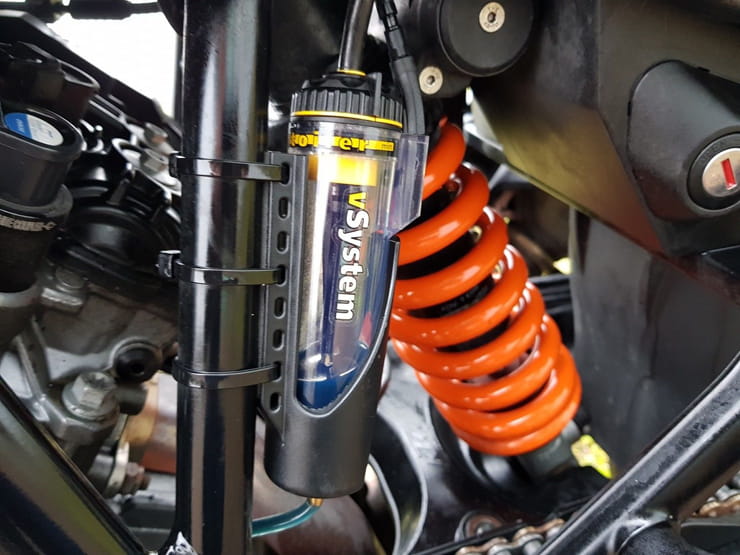 Riding it next to the new GS was interesting. It felt like comparing a Subaru to a sporty 4WD Audi (sorry, I hate car analogies, but this one works). As a test bike I’d have the KTM, but as a purchase, with my own money, it’d be the BMW.

Seems I was right too because looking at used prices a few years on and I’d have lost a lot more money in the orange corner. But, turn that on its head and the KTM now makes a cracking used buy. This one is just three years old, has 12,500 miles showing, a full service history, all the right extras and is on sale at a proper KTM dealer, with warranty for £7995 before you start haggling.

A 2015 R1200GS in similar spec and mileage would be at least two grand more, maybe three grand, which, considering both bikes cost the same when new is a lot of extra money.

And on paper, the KTM is still almost the better bike. More power, more torque, more electronics, better suspension, more off-road ability and a decent tank range too. This was the bike where Team Orange really upped its game with engine modes, advanced electronic safety systems and electronic suspension control too. For such a tall and focussed bike, you’ll be surprised how sportily it can be ridden, while soaking up bumps on a b-road that’ll have a sports bike bucking and flapping. Thing is, it can also do comfy, two-up touring too… if you can handle the seat height (10mm more than a GS), the firm upholstery and the occasional tingly fingers from the vibrations (and tingly legs on the pillion). Oh, and, of course it has the proper off-road credibility and pedigree that even BMW struggle to beat. 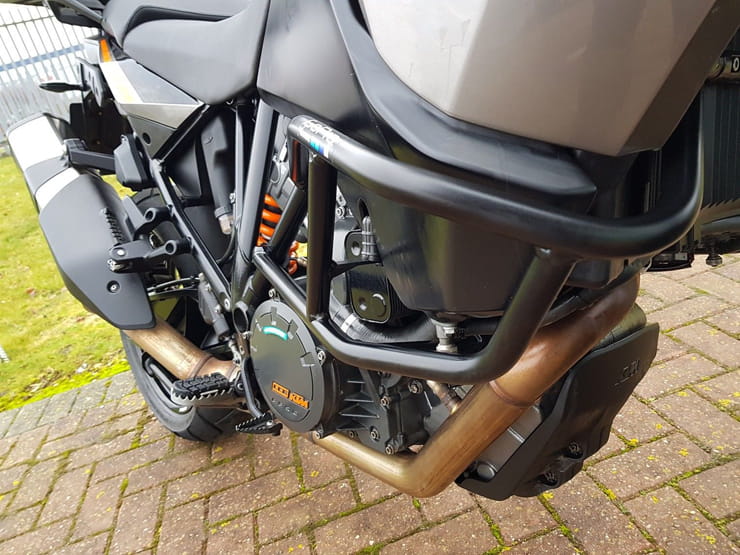 So why are they such good value? How come a bike this brilliant costs half what it did just three years ago?

There’s no logical reason, other than KTM dealers don’t keep such a tight control on new prices as BMW because KTM’s infectious ambition means there are still more bikes than customers. This  brings big discounts at year-end, which has a knock-on effect on used values. BMW don’t do this. Their control of stock and dealers and pricing means you won’t ever get a discount on a new GS. Demand is always greater than supply which means used bikes are in demand too, which keeps prices high. This hasn’t happened by accident – it’s the result of a long term strategy that KTM’s relative infancy means they don’t have yet. And the truth is that Triumph’s adventure bikes lose just as much money just as quickly, as do Kawasaki, Aprilia and Suzuki.

At this price, the 1190 is a cracking buy. It’s had the biggest chunk of depreciation and you could easily get a couple of summers crazy adventuring, commuting and back road scratching, without upping the mileage to horrific levels and pretty much get your money back.

Buy it now, before someone else does. 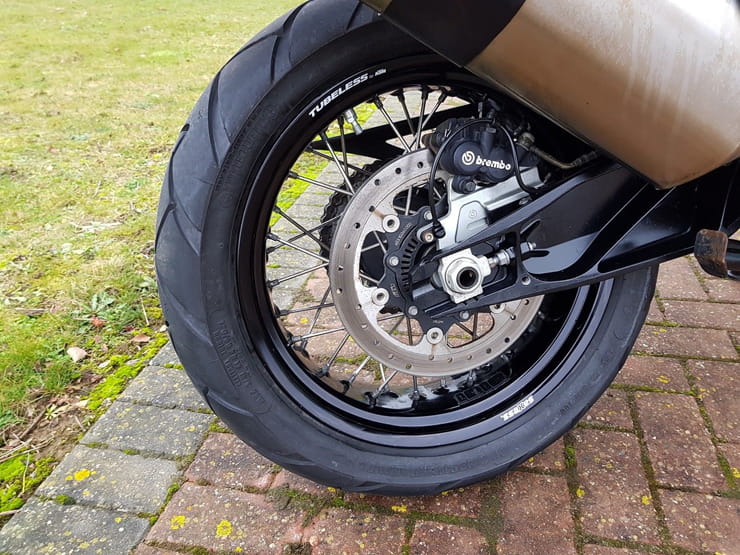