Blog: The best bike in the world 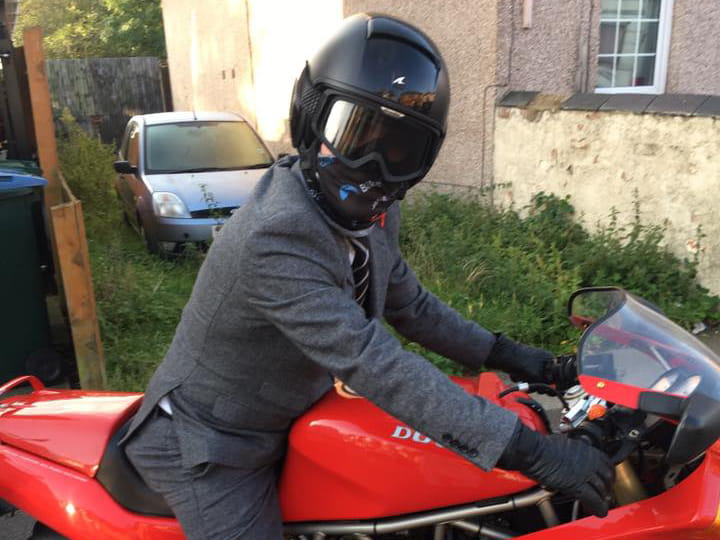 The longest running argument in motorcycling is: What is the best bike in the world? I’m going to settle this once and for all – it’s the Ducati 600SS. Why? Because it’s mine.

I bought my Ducati about seven years ago as a basket case that was nowhere near being usable but it was all there – ish. Over the years I had parts made, fixed and shipped from all over the world to get it back to the condition it's in at the minute. I know it isn’t concourse, it’s not even close in all honesty, but it is usable. It's massively underpowered - it only made 47bhp on the dyno the other week!

It’s not a bike I bought from a hipster website while twiddling my moustache. It isn’t a bike that I have slapped a ‘Built not bought’ stickers on in the hope of some ill placed respect from my two wheeled brethren – it’s mine.

My DNA is all over that bike, literally! From the skin off my knuckles to the sweat off my brow. If the body of that bike was found dead in a field, there would be no question as to who the perpetrator was.

But finally, and here’s the clincher: I had the opportunity to take part in a trackday at Cadwell the other month. The perfect chance to shake down a newly rebuilt bike you would think. “What are you going to do it on,” my dad asked, “the Ducati?” No chance, I was too scared of dropping it, undoing all the hard work. I did it on the Yamaha Tracer 700 long-term bike I have. But there’s the point, I still did it. I was happy for my own fragile bag of bones, blood and DNA to go skipping through the gravel at Park Corner, but no way, not my Ducati.

Remember; motorcycles are amazing, anyone who doesn’t agree has clearly never ridden one.