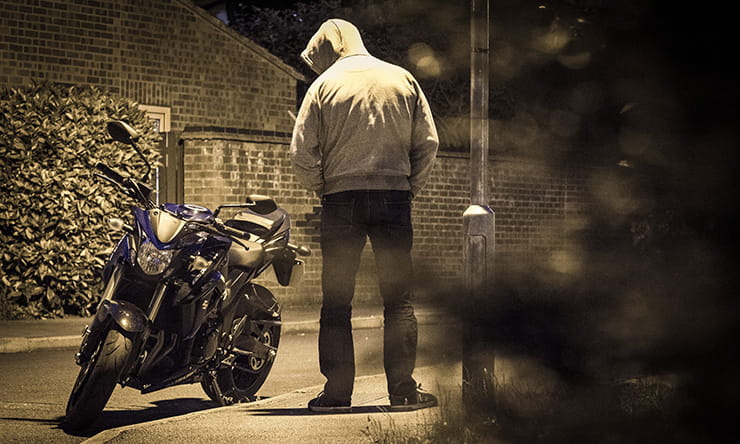 There’s no doubt that crime is at a critical level, despite the likes of the Master Security Scheme having a considerable impact on the theft of newer bikes (of the 42,254 MASTER Scheme-registered PTWs sold in 2017, 75 were stolen and 19 recovered), but how much responsibility should we – that means you and me – take for the security of our bikes?

A recent post on our Facebook page saw one commentator saying that he’d not bother with an expensive lock as the insurance is cheaper. Whether or not that was tongue-in-cheek, there’s a point there…

We’re programmed to think in compartmentalised budgets – so some might for instance, in the back of their heads, think that £1,000 is okay for a new TV, £5,000 for a year’s travel pass, and £2,000 for a scooter. The scooter makes sense if you travel into London – it’s less than half the cost of the train. It’s effectively disposable in the compartment of some people’s brains.

If it gets pinched, they’re still quids-in compared to paying for the privilege of standing in a cramped, sweaty carriage. They might not even bother claiming on their insurance. They’ll probably put it on Facebook though, to make sure everyone can share their indignity at the thieving toe-rags (it’ll probably put a few people off getting into biking too, seeing as crime is so rife). But the theft stats increase. Then the risk in that area goes up. Then the insurance underwriters have to start putting their prices up, which can have a serious impact on every rider.

I’m not sure what the reason for this lackadaisical attitude is – is it too much hassle to put a lock on your Powered Two Wheeler? It’s too hard to carry one? Scooters tend to have a large storage area under the seat, don’t they?

Maybe it’s that the locks are too expensive. Sure, the best often are, but of the chain and locks I tested, there are some very good value ones. And all of them act as a deterrent.

Yes, crooks are using angle-grinders and threatening bystanders. But that’s rare (though also the most visually striking and hence share-worthy on the echo-chamber of misery that can be Facebook). But seven out of ten PTWs left in car parks are unsecured. 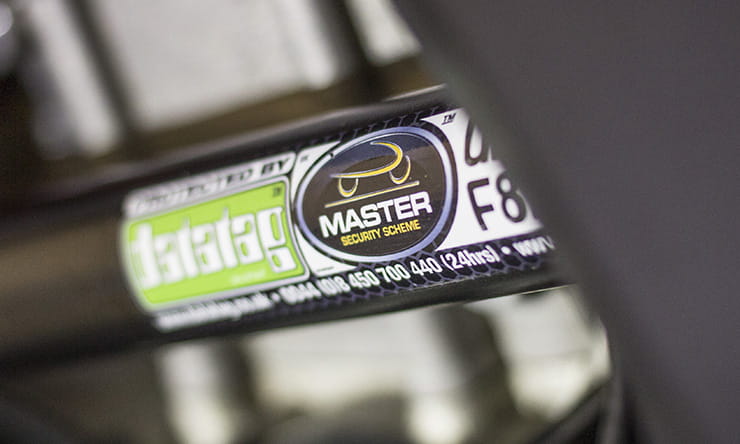 BikeSocial’s parent company – Bennetts Insurance – has just issued the results of its first Rider Panel survey. Of the 2,330 riders from across the UK and Northern Ireland who answered the questions, seven out of ten of them said they were concerned about their bike being stolen. 19% of them had been a victim of motorcycle theft, and 55% of those had their bikes stolen from their home. There are two things to note here: official crime figures like those in the opening paragraph don’t include theft that’s part of a burglary, ie when the home is broken into and the keys are taken; and the Rider Panel respondents are predominantly owners of motorcycles, not scooters.

30% of the panel respondents weren’t worried about theft, but that could well be because they live in a low crime area and use a lot of security. They’re not likely to be the people who simply don’t care about locking their bike up, and in fact 77% of them believe that their bike is more likely to be pinched when it’s away from home, in an urban area.

85% of the Bennetts Rider Panel respondents use the bike’s standard steering lock to secure their machine, but 15% of those rely on it alone to keep their motorcycle safe (despite none of them believing it to be the most effective security device available).

53% said the manufacturer’s own immobiliser was their second most commonly used security device. Kick off the steering lock and bikes with just those two devices could be wheeled away by a crook.

What can be done?

91% of Bennetts Rider Panel members believe that there aren’t enough secure parking spaces for PTWs in urban areas, and 60% of respondents said they were less likely to park in towns and cities due to their belief that theft there is so much worse. Yet respondents seem to use fewer security measures when away from home, with only disc lock use rising by 15%.

Councils need to add more secure parking – be it ground anchors or well-lit and patrolled parking areas. But we also need to use them; it’s no good having an anchor set in the road if you don’t carry a chain.

It’s all too easy to blame someone else when things go wrong, and I’m not for a moment suggesting that the victims of crime are to blame. But we can all do our bit to reduce our exposure to risk.

We’ve just had ‘National Talk Like a Pirate Day’; if that kind of thing can get any traction, why don’t we make October ‘National Lock Your Bike Month’. You can make a difference by ensuring you carry a lock – and using it – as well as by telling others to do the same. Together, maybe we can get those stats down a bit.

And if some riders still think it’s not worth locking their bike or scooter, then make sure you chain yours up right next to theirs. If I were a thief, I know which I’d take…

Crime is sadly up, but one encouraging thing, at least for the Bennetts Rider Panel respondents, is that 74% of those who’ve had their motorcycles stolen said that it happened more than 10 years ago. Only 20% of those lost went within the last five years.