Some time around the Nineties, manufacturers created a new sector of motorcycle called the 'retro'. These traditional bikes were big business back them, but how have they stood the test of time?

For this week's edition of The Good, The Bad and The Ugly, Scott takes a look at the online auction sites to find some retro offerings from the big manufacturers, and to discover if they really are timeless classics. 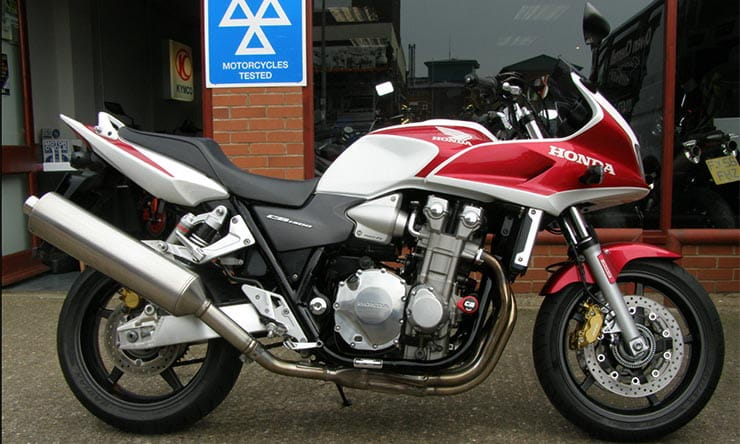 It can be dangerous when a manufacturer raids their back catalogue of greatest hits and remixes the results into a mash up. Sometimes though it really works.

The Honda CB1300 is a perfect example of when things go right.

The spirit of the Eighties and the CB1100R input is evident in the styling. The paint job is classic Honda. That trademark red, white and blue harps back to the past while remaining trendy, fresh and still looking delicious. That’s probably why even the 2017 Fireblade taps in to this tricoloured vein.

The engine can also trace its parentage back to the mid Eighties. Sure, there are bigger holes in the barrels that take to cc up to a beefy 1300 capacity but it’s pretty much a CBR1000 motor that beats away. Honda first hijacked that philosophy for their CB1000 naked back in the Nineties.

These bikes are massive too, making them perfect for those of us big lads, who sometimes find modern alternatives a bit too small. After a decade of use, this bike has covered just 14,750 miles. That's well below the annual average and which explains why it’s well above the average condition for a bike with ten candles on the cake.

Other than some heated grips it’s also remained pretty much as it rolled out of the factory.

It comes with a fully documented service history and it’s even got new tyres!

The CB1000 came with an iffy name, Project Big One. It made for amusing headlines.

There’s plenty of examples of high mileage bikes out there, which is always reassuring. 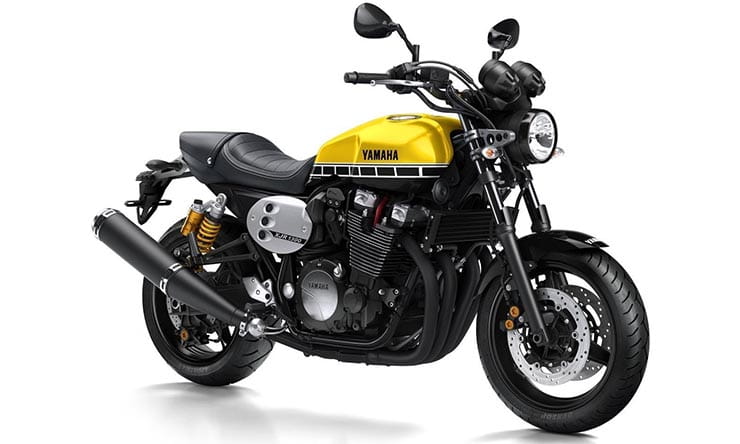 Like Honda, Yamaha raided the parts bin when they wanted a big motor to power a retro looking muscle bike.

The original XJR was a 1200cc offering and the engine came from their superb FJ1200. Over the years Yamaha have dabbled with the concept and the engine has gained bigger pistons and 1300 badges on the side panels. There were also SP versions with speed block paintwork and suspension upgrades.

This example is a 60th anniversary model, no not 60 years of the XJR/FJ engine but of Yamaha, the brand.

I won’t lie, this model has totally passed me by, and I’m not too upset by that. When the original XJR1200 came out I had to have one. OK so my P reg bike came from the HBC salvage auctions and had some cosmetic damage but I couldn’t have been happier. I look at this version and have no desire to want to own it, which leaves me sad.

For your £8,999 you are getting some funky paint, yard built looks and 98bhp to propel it along. It looks a bit expensive to me tough, which might explain why this brand new bike is still unsold?

The XJR1300 boasts the largest air cooled four cylinder that you can still buy.

The engines are popular with kit car builders and there’s a whole series dedicated to racing them. 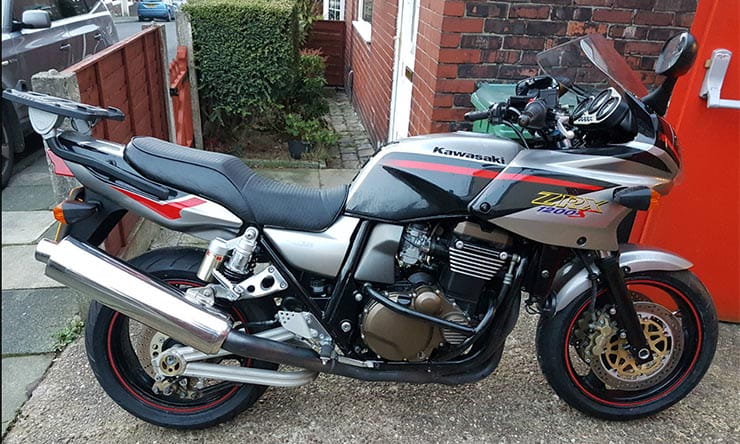 Kawasaki got it so right with their ZRX1100 that they simply tweaked the retro look and built the ZRX1200. Again, the tills rung out with sales but then they decided to build a softer version, which basically involved drab colours and a large fairing. Prices for the bikini fairing clad ZRX1100 and 1200s reflect what the market thinks about this. Decent ZRX11s are still commanding big prices, the 1200 even more so, and they are on the up. To all intents and purposes under the bodywork on this S version lies the same bike, but it lacks that wow factor.

In the real world these bikes are actually a joy to ride, though sadly they lack that ability to make you look back at it when you park it up.

The ZRX1100 had soft cams profiles fitted but, as if by magic, those camshafts from a ZZR1100D go straight in and unleash more horsepower.