Prices for used 125cc machines have always remained strong, we take a look at what’s available within our Tuesday £2,000 budget. 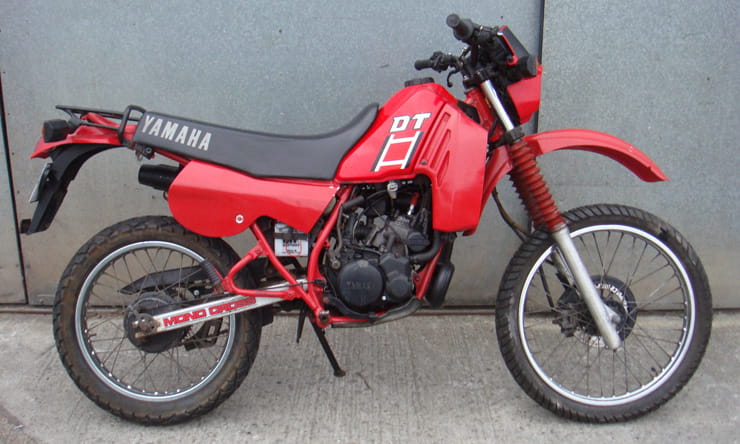 Manufacturers responded to the new learner laws of the early 80s with a range of cool 125cc machines to tempt teenagers on to bikes. Yamaha had the market covered, with not just one hot 125 but two – the sporty RD125LC or the off-road styled DT125LC. The model went through a few model updates, each of them are now becoming collectable and, like most small Japanese trail bikes, the DT is actually quite capable off road too. It’s not just forty somethings that are getting nostalgic for these emotive two strokes, if you’re a full-sized human being, trail bikes are often the learner bikes that fit you best.

Many DTs were crashed, stolen, abused, destroyed or all four, so finding a good original one is tricky. It needs some repairs to bring it up to a road worthy condition, but the classic bike market is shifting away from full nut and bolt rebuilds and there’s an appreciation for patina and a few war wounds.

It’s a simple bike meaning most mechanical jobs can be done at home. Other than a flywheel puller you won’t need any specialist tools to restore an iconic 125 that’ll get more attention down the local bike meet than any 200bhp crotch rocket.

This DT125LC is imported from France, where more survived intact and so has the working YPVS power valve (which also means it makes around 20bhp - too much power to be learner legal in the UK). 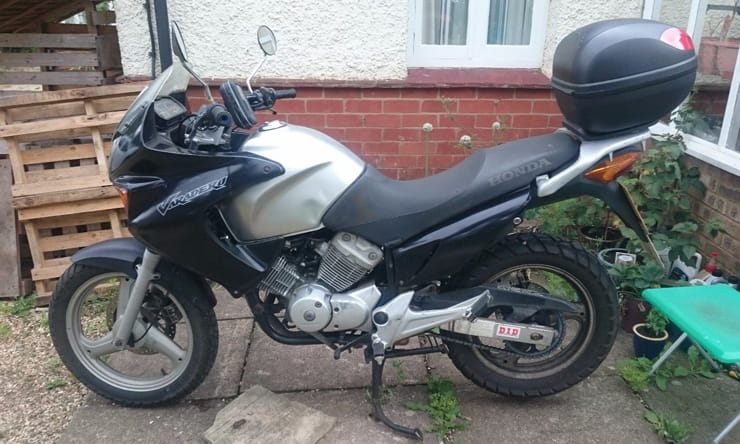 At first glance this bike looks to be a bit of a bargain, but hidden among the long list of new parts and other generally positive info our seller leaves the sting until the end of his blurb. Even he isn’t even too sure of the actual mileage that this Varadero 125 might have covered, but he suggests that it’s around the 55,000 mile mark. That’s a lot of miles for any size bike, let alone a 125cc.

He’s kept it serviced and it sports a lengthy list of new consumables, from cables to Pirelli Scorpion tyres. There’s no reason why this bike won’t return any new owner the same service, it’s been clocking up around 200 miles a week and now been replaced by a new bike.

At a guess, the dealer wouldn’t take it in part exchange because of the mileage. The Varadero 125 is the last of the physically large 125cc bikes, it’s also textbook Honda and will plod along with not a lot more than some basic servicing. It’s the cheapest Varadero 125 on the market, chances are it will sell fairly quickly.

The Varadero 125 uses a v twin four stroke engine, it’s pistons are not much larger than a cotton reel. 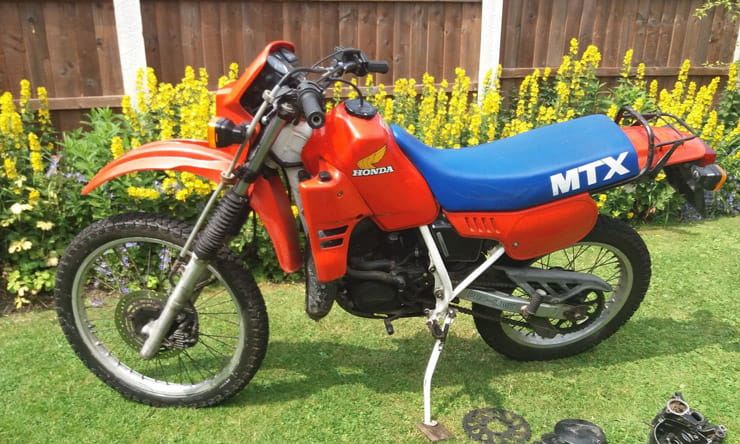 When is a 125 not a 125? When it’s been fitted with a bigger engine. Big bore kits were a common fitment on those L-plated 125s from yesteryear. They gave your bike some much needed extra poke, and were a cheap way to go a bit faster. They were also illegal for those who hadn’t passed their tests. Teenagers are well known for sticking to the rules…so it’s no surprise that a whole industry grew up to sell youngsters illegal speed.

Some of the 125s that were sold in the UK had larger siblings within their range, it wasn’t long before people grafted the engines from these into their 125cc bikes, usually after poorly fitted big bores had eaten themselves.  The Kawasaki KMX200 was the more common option, but there was also the Honda MTX200. It was a rare bike in its day, and probably nigh-on extinct now. At first I thought this was an advert for a bike with a knackered engine, only after reading the advert it became clear the seller is chucking in the knackered MTX125 engine with the sale, so the new owner has the option of restoring the original or keeping the extra performance. It’s a good quandary to have, the MTX is another model that’s got its own band of fans. My instinct says the Honda fans would prefer it to be original, but where’s the fun in that?

The MTX family also contained a 50cc moped and the ultra rare MTX80.