For some people a 125cc bike brings back the memories of first getting on two wheels and experiencing that rush that only comes from riding a bike. There are a merry band of motorcyclists that can and do ride bigger bikes but that hoard small capacity bikes like these, for the days when they want to go back to their youth. There are also some people who may be waiting for the day when the prices begin to rise. 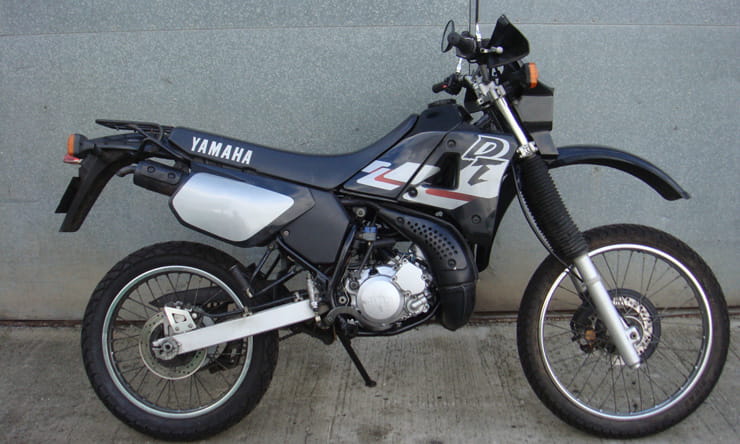 At 17 years old this is one of the newer examples of the Yamaha DT125R – early bikes can predate this one by another decade. Here in the UK 125s were the staple diet of teenagers and anyone else restricted to L plates. You won’t be shocked or surprised then to learn that most of these off-road-inspired bikes ended up used and abused. The thing is they might be old but they’re still a great little package. With supply outstripping demand many dealers have looked further afield to replenish the stocks of DTRs here in the UK.

This bike is a perfect example; it’s spent its life in France, but it’s now up for grabs at Unit5Motos, based in Romford, Essex. These Essex boys know their onions when it comes to all things DT125R – in the few years that they’ve been trading they’ve sourced and sold getting on for 200 of this model. This one is up for sale after receiving an engine rebuild.

Prices for these bikes have never bombed out, their broad appeal and good looks keep them in fashion. Finding a good one is still a mission, as decent examples sell very quickly, so chances are this one won’t hang about for too long. Adding to the attraction of this bike is the fact it’s fitted with a fully operational YPVS set up.

•  The UK spec DT125R was restricted to 12bhp, meanwhile other markets had full power versions. 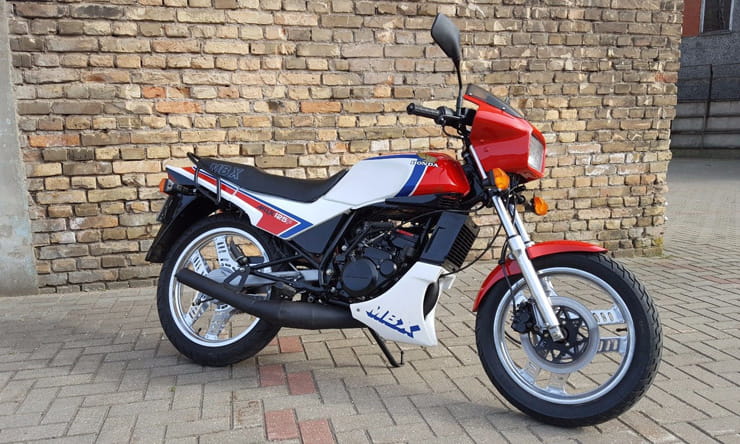 In the ’80s if you wanted a sporty 125 the chances are you bought a Yamaha RD125LC – they were the choice of many teenagers who were eager to sign on the dotted line of the HP agreement. Honda wanted some of that market and the MBX125F was their first attempt at delivering a sports 125.

It certainly looked the part, with a bikini fairing, striking colour schemes and even a bean can exhaust. Sadly it lacked the fire in its belly to back it all up… although all 125s were restricted to meet the 12bhp legislation, certain models were easier to liberate of those stabled horses. The MBX125F failed to respond to treatment with a file too, and with Suzuki launching an RG125 Gamma, it was early bath time for the MBX125F.

There can’t be too many of these left now, which means prices for those that are still out there will be high. This is another bike that’s been plucked from the continent; it’s had a repaint in original colours and looks very posh. It’s at the top end of the scale price wise, but if it was a RD125LC in similar fettle it would be getting on for twice the price! 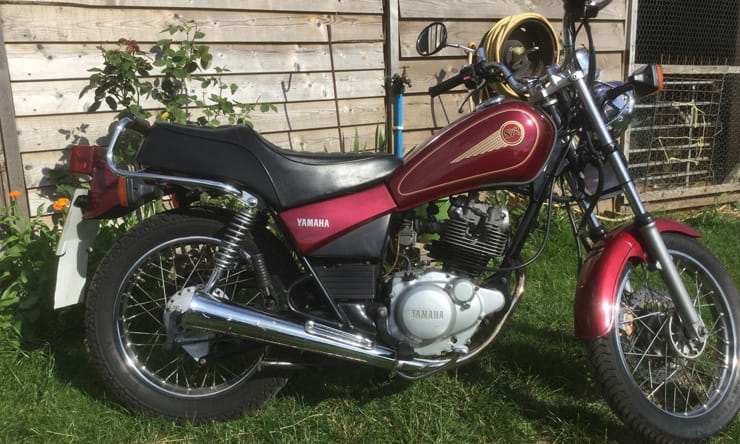 Not all old 125s are screaming two strokes. For many, a 125 makes a great way to commute, but a four stroke of that size will never set your pulse racing. For some it’s not about the mph, it’s more about the mpg!

The Honda CG125 is the obvious choice if this is your kind of logic; they are proper frugal and will run forever. Yamaha came at the four stroke 125 from another angle – one of more relaxed headstock rakes and lower seat heights.

The SR125 always looked a little bit awkward to me… its looks are a matter for personal opinion. If you’re after a 125 with low seat height than suddenly the SR125 makes much more sense. The single cylinder engine is pretty solid, but the build quality can be iffy. Prices are pretty sensible, and at only £800 this tidy looking SR125 is decent value for money.

•  Custom builders are moving in on this model.