As the Isle of Man Classic TT (also consisting of the Manx GP) looms ever closer, it starts on the 19th August incidentally, our top second-hand bike buying and selling expert, Mr. Scottie Redmond, has been digging around in the eBay listings this week with an eye firmly on classic race bikes. And, as with every Friday, he dug up a Good, a Bad and an Ugly for your delectation. 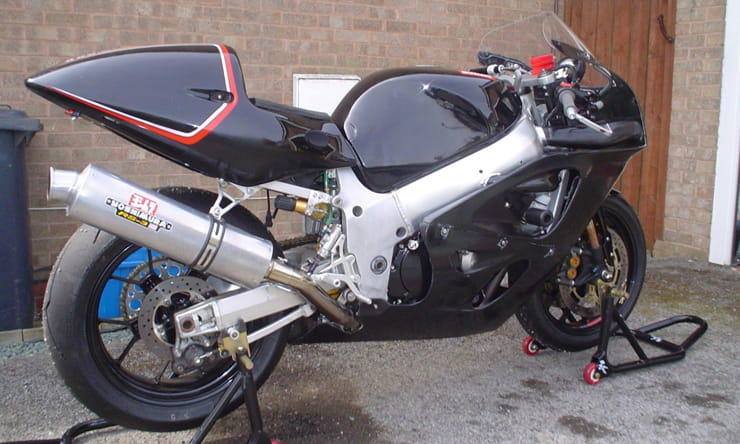 To build a decent race motorcycle will cost you a small fortune, even being savvy and buying wisely you’re still guaranteed to go over budget. Trying to find used parts when you need them will also cause delays to your dream build.

It’s therefore so much easier to buy something that someone else built earlier. Of course you need to have your wits about you beacuse not every race bike is actually race ready. Every so often a little gem will turn up that’s a no brainer and this GSX-R750 SRAD is a perfect example of what I’m prattling on about.

It’s on the button, track ready and dripping in top notch parts. The seller admits to a build cost of £6,000, which is over twice his asking price. Don’t be fooled into thinking this is just a SRAD with some race bodywork applied.

Checking the photos and the spec list reveals this bike was built for the Bemsee Thunderbike series. What’s even better is the fact since it was built it’s only done three track days, so everything is still fresh. Upfront are  forks from a 2008 GSX-R600 which gives the bike radial brakes that will be a massive advantage over the old SRAD 750 upside down forks and six pots.

The lightweight OZ wheels look dead modern too and weven though this bike would be worth more in bits, it would be a real shame seeing that it’s so keenly priced and ready to go. 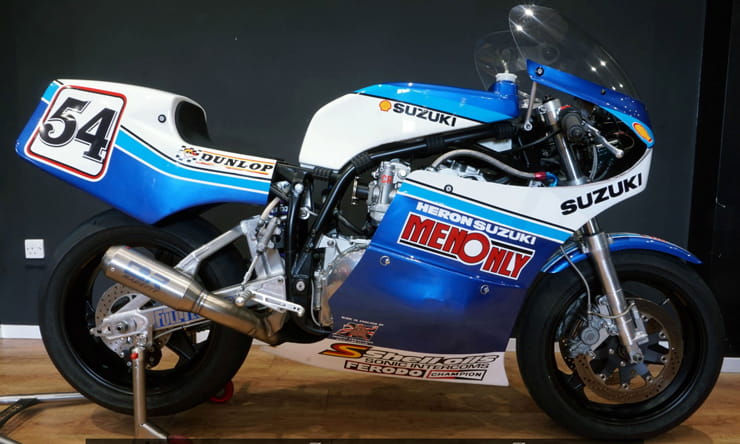 This is a thing of beauty and echoes the original XR69 race bike that it’s based on. Sadly the XR69 replica is now a victim of its own success. The current crop of these tribute bikes are now running reworked Bandit 1200 engines and, to some, that’s simply outside the spirit of classic racing.

This bike is fitted with a Suzuki GS1000 engine though sadly any further spec is lacking on the advert. What is cool is the bike is road registered. Maybe this is where its future lies? No matter how many trick bits are inside that eight valve air cooled engine it’s never going to catch a GSX-R1100 or Bandit 1200 version once trackside.

The kit used on this lookalike is all top notch, and needless to say expensive, anyone who’s ever built a true one-off special will also know that getting everything to work in unison is a tough job. It does look flipping gorgeous though! 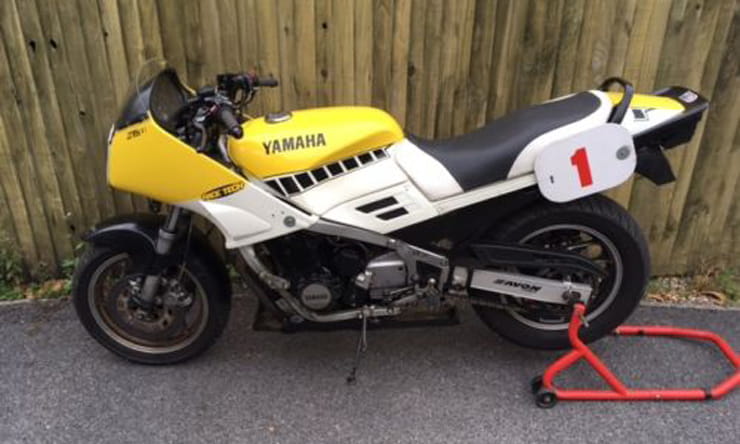 Not an obvious choice for a race bike you might be thinking? Hold on, let’s go back to the future. When Yamaha launched the FJ1100 back in 80s it had sporty credentials that were soon forgotten about and the reworked FJ1200 was rebranded into more of a sports tourer.

The mid 80s were an amazing time for motorcycle development, suddenly an air cooled bike with a long wheelbase was very last year. When you compare these with the big bore bikes that had been roaming the earth in the early 80s you can see why it was touted to be a sporty offering.

In the world of classic racing this FJ still kicks the chuffs of GSX1100s, Z1000s and the like. The bike is CRMC registered and it’s even won a couple of championships. The seller admits to being more of a mechanic than a painter, a big clue that it’s lacking in the overall finish department. The bike is very well set up and even comes with some spares. It might not look the part but at £1,995 it’s one the cheapest proven race bikes on the market