Pick of the ads: Good, Bad and Ugly – Honda Fireblade

“It feels like everyone’s talking about the Fireblade at the moment,” says Scott. “Almost all bikers seem to have an opinion on the new Honda, but whatever you think (here at BikeSocial, we reckon the new ’Blade is a great bit of kit), there’s a rich vein of surprisingly practical sports metal out there in used Fireblades…” 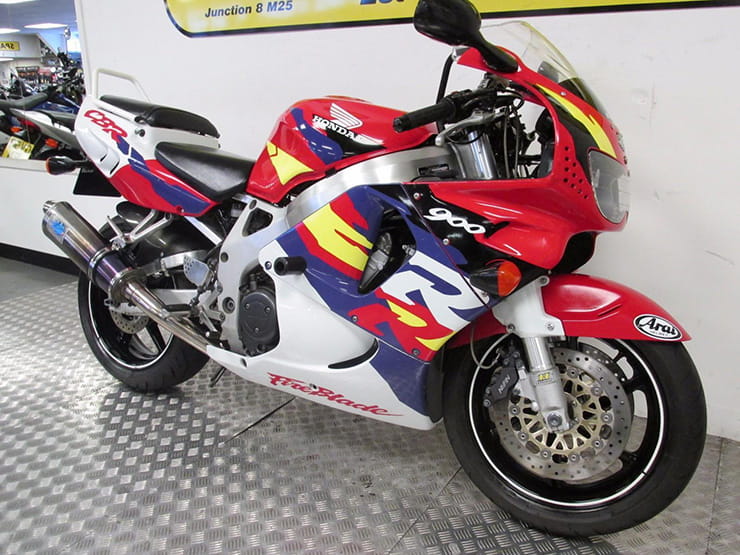 Once a bike’s cutting edge technology is out of date, and its looks show the machine’s age, it tends to slide slowly down the ranks into budget biking land. Within the last two decades many of these bikes will have slid down the road too…

Don’t be too alarmed by the fact that this Fireblade carries a Cat D marker against its registration number (this generally means it’s lightly damaged or stolen/recovered). Beyond that fly in the ointment, there’s plenty of good news with this 1996 CBR900RR-T.

The paintwork looks original as these were the days when even Honda got involved with lairy colours and sticker arrangements. Honda sold boat loads of these bikes, which explains why prices are still pretty conservative for a model that we all instantly recognise.

Original examples will always command a premium, which is ironic when the first thing we did to our sports bikes in the ’90s was cut the rear mudguard down, paint the wheels and fit a race can. There are a few non-standard parts on this one – the exhaust is pretty obvious, less so is the alarm. Prices won’t remain cheap forever, so if you fancy a carb fed ’90s poster bike, now’s a good time to put your money where your mouth is.

Anorak Fact: Carbon fibre frame covers might look good to some, but always assume the worst if a seller won’t remove them to allow you to inspect the frame rails. 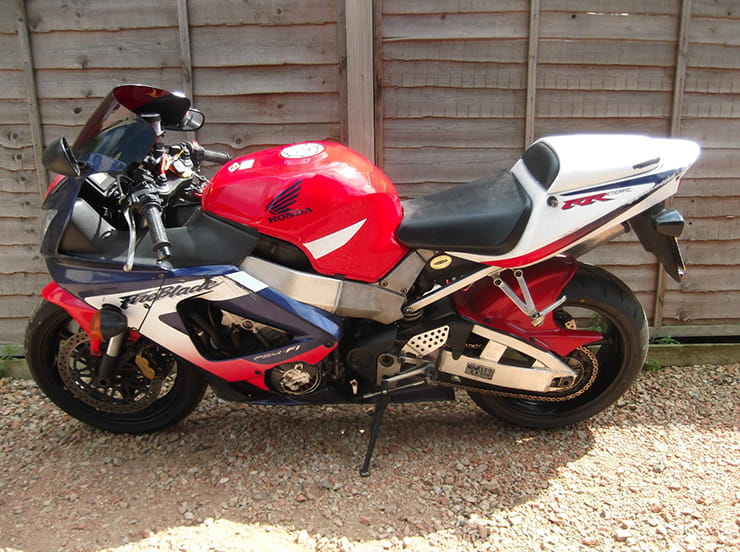 Every dynasty includes a member of the family that’s not spoken about too often; the CBR929 RR-Y is the black sheep of the Fireblade bloodline. It was an all-new model, much like the original RR-N Fireblade was back in 1992 – this was a ’Blade for the new millennium, with nothing from the outgoing RR-X model surviving.  The biggest change was to the fuel injection for emission purposes, not a performance lead evolution.

Its looks weren’t its strong point – it was a classic Honda in a way – and the R1 killed it both in back-to-back road tests and on the showroom floor. The ’Blade had been blunted.

Finally though, there’s some real love growing for this forgotten Fireblade. Prices for mint examples that boast a full service history rarely bust the £3,000 barrier, so if you like biking on a budget, they make a lot of sense.

This machine was mint once, but not anymore; it’s suffered a slide that’s taken its toll on the bodywork. Nothing that’s the end of the world but it’ll take some time and effort to get its sparkle back. At £1,699 there’s no denying that this Cat C (beyond economic repair) is a cheap ticket into Fireblade ownership (if you can live with the road rash).

Anorak Fact: The RR-Y ditched the trademark 16 inch front wheel and Honda joined the rest of the manufacturers by using a 17 inch front hoop. 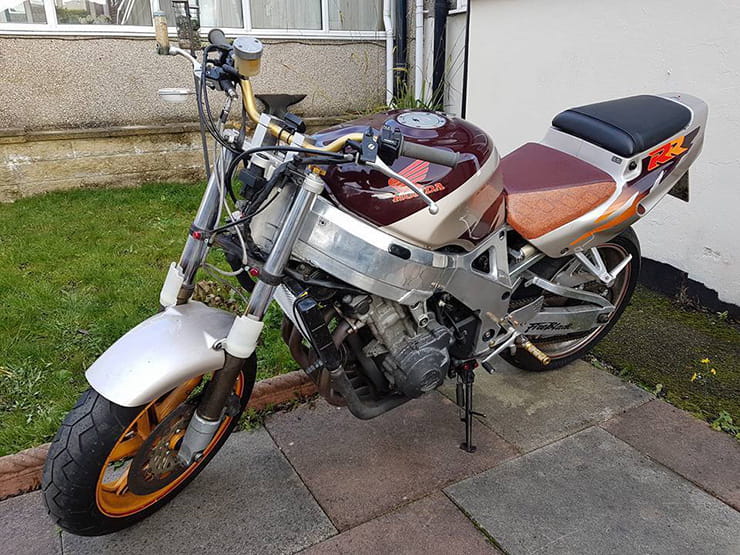 Buying an unfinished project is always going to be a gamble… if the odds are against you then it’s a punt that can quickly turn bad. I often wonder how these unfinished projects come about – was this an up and running road bike before someone decided they could ‘make it better’?

Truth is, for every project that gets finished, there’s plenty more that get pushed to the back of the garage. What path would you take? Restoring any motorcycle is an expensive road to take; creating a streetfighter tends to be a much cheaper path to tread, but ‘finished’ bikes will have a very limited appeal. Maybe a track-day weapon? This old girl is probably a bit too long in the tooth to chase well-ridden, smaller, more modern bikes around a circuit, but in the right hands…

The asking price of £1,250 isn’t cheap enough to entice someone to buy it on impulse, which is how most of us end up buying a bargain bike we weren’t actually looking for. With no shortage of used Fireblade parts out there, breaking it for parts isn’t a viable option either.

Anorak Fact: When buying an unfinished project always ask if there’s any spares with it, you’ll be amazed what people will throw in!