This week our resident 'Bike Hound' Scottie has been out on the search for the lesser spotted GAG bike.

If you want the least amount of power, wheelbase, or legroom - you need a GAG bike. Please just don't plan an EU tour on one, it will not end well... 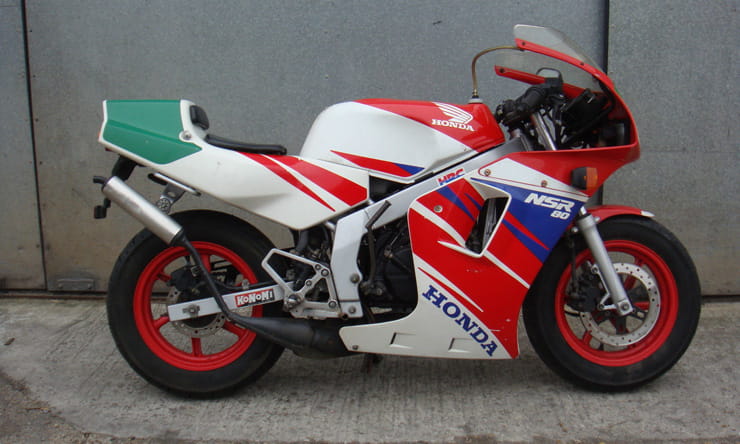 The world of the mini bike threw up some really cool scaled down race reps. The coolest and possibly the rarest is the Honda NSR80. This is the first one that I’ve ever seen.

I was down at Unit 5 on the day that this bike arrived at their workshop in Romford, Essex.

It started life in Japan and its shrunken MC21 looks gave everyone a smile when it was wheeled out from the van. The engine is 80cc water cooled unit and it sounds as good as it looks. Other than some age related wear and tear to the bodywork it’s in pretty fine fettle.

The attention to detail is fantastic, and it still looks fresh all of these years later. This one is a 1989 model; it’s got all of its import papers so would only require an MOT and the DVLA fee to register here in the UK.

With a summer of bike events now upon us, there isn’t a cooler bike for this money on the market! Buy it before I do.

The Honda Monkey Bike is responsible for the mini bike craze, some of the earliest examples can fetch over £10,000 when they come to market. 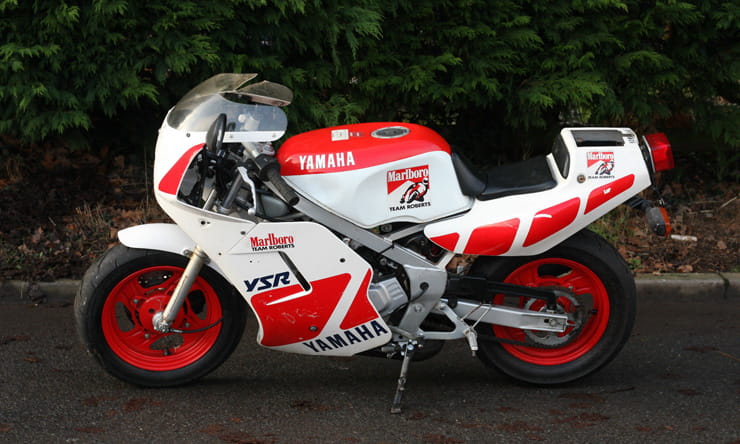 Of all the Gag bikes the Yamaha YSR is the most common but they are still hard to come by.  A good example is often hard to find, so the next stop is to locate one that needs some TLC. The biggest problem with going down this road is locating parts. This is made harder when you remember that they were never an official import to the UK.

Thankfully the internet has made the world a smaller place, and those hard to find parts can be sourced from further afield. The downside is when you add import duties from non EU countries and postage; it can quickly end up being an expensive hobby.

This bike came to the UK via Canada. It is missing a few bits, looks like it needs a good going over and unless you’ve got bottomless pockets, I’d hang in and wait for a nicer one to appear for sale.

The engine is pretty much the same as a Yamaha DT50MX. 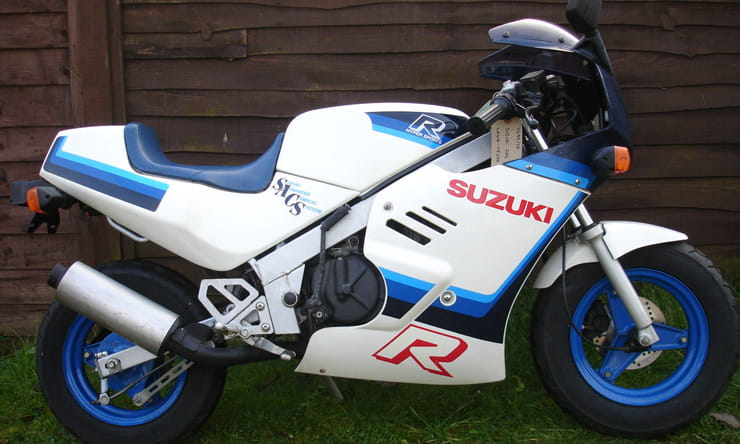 The odd bod at the Gag watering hole is this, the Suzuki RB50. Unlike the two stroke offerings from elsewhere Suzuki opted to use a 50cc four stroke engine to propel this mini GSX-R ish inspired Gag.

This one is an absolute stunner. It’s only covered 200km from new, which is amazing considering it’s now 30 years old. The seller seams to know his onions on the model and informs us of facts like, how many bikes only came with one mirror. Making this even more appealing is the fact it boasts a pair of genuine Suzuki items.

Condition is in keeping with those ultra low miles on the dials. If you want a nigh on perfect Gag bike then this is the kiddy. It’s just a shame that it isn’t a two stroke.

There are several factory paint jobs for the RB50, the wildest being a pink edition.