It's Tuesday and that can only mean one thing, our man Scott Redmond has been trawling the online auctions to bring you three bikes for his weekly The Good, The Bad and The Ugly...

For this week's Two Grand Tuesday, Scott has been searching for the 400cc four cylinder. Sports 400s were massive in the late 80's and early 90's. Some now are commanding huge sums of money but as Scott found out, some are not. 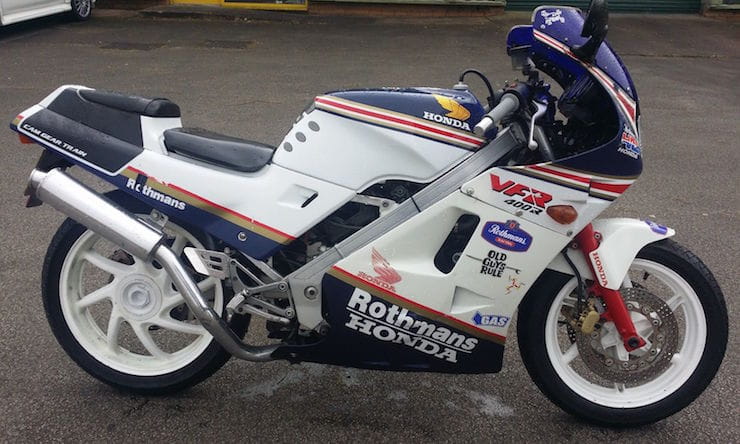 Without a doubt these dinky grey import 400s will be the next big thing on the emerging classic scene, already the posher NC30 and NC35 command large asking prices, but the NC24 is still both plentiful and cheap. We like the cheap word here on Two Grand Tuesday.

Back in 1987 here in the UK we got the Honda CBR600FH, it had a great motor but was still sporting a steel frame and naff looks, despite these facts it sold by the boat load. Meanwhile in Japan their home market 400s came with alloy frames, race track inspired looks and even single sided swinging arms. It wasn’t all good news though, the 400cc engines were all power capped to keep the Japanese politicians happy. Thanks to global economics and greedy manufacturers overnight the grey import scene exploded, bikes like those sexy 400s and exotic two strokes were now a common sight down at your local dealer. The NC24 was a very popular model, it still is. For many this was their first big bike after passing the bike test, so many magical memories will have been cast from the skimpy seat on the NC.

At £1,500 this bike isn’t over priced, sure it’s not mint etc but that’s not a deal breaker in our sub £2,000 hunting ground. So long that it’s mechanically sound, and why wouldn’t it be, these gear driven cam V4 engines are bulletproof. Consumables will wear, but they can be replaced. There’s no shortage of decent used parts out there creaking on bike breakers shelving. The biggest weak spot is the exhaust, they are both awkward and expensive to replace. This bike comes with loads of paper history, that’s always nice to have, and when prices respond to market trends it all adds to the worth of the bike.

There was an un-faired option too, these are pretty rare. 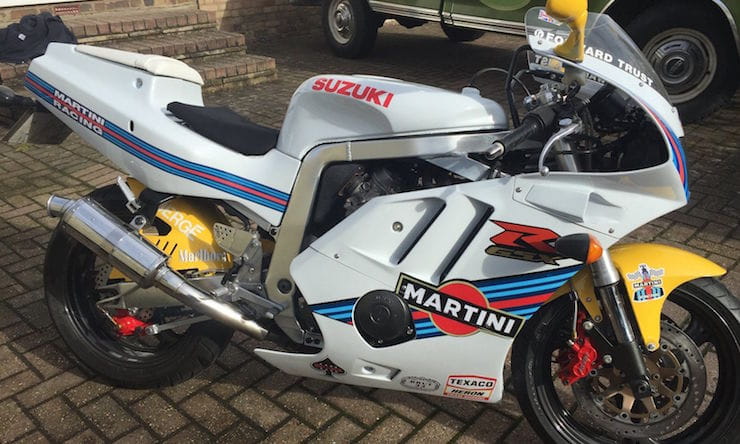 Suzuki had the smaller cc sports market covered with their RGV250 models, this might explain why many of their sporty 400s weren’t overly popular. The best of the bad bunch was this, the GK76. It was like a shrunken GSX-R1100M, it looked amazing and wasn’t much bigger than the RGV250M. The bike still looks good all these years later, the issue lies with reliability. Many older Suzuki models suffered electrical gremlins, sadly so did the GSX-R400 GK76.

The biggest issue was its appetite for eating cdi units. Trying to find a replacement years ago was hard work, I’m guessing the supply and demand issue hasn’t improved?

It’s a shame really because there’s so much that’s right about this model, in fact it’s almost good enough just to sit and look at, if you’ve got a duff cdi that might be your only option. 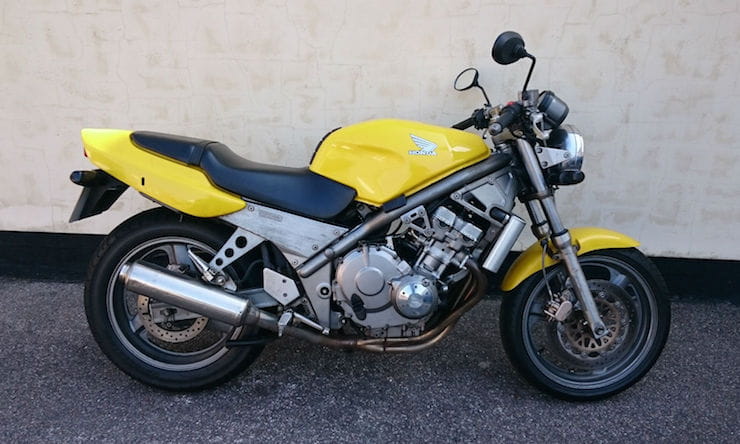 Away from the sporty 400s there were plenty of other options if you liked your fix in a 400 form. These ranged from custom looking models to bikes more suited to the daily commute. This Honda CB-1 is a good example of a grey bike that was happy doing the daily slog to work. The four cylinder engine gave you enough poke, the looks weren’t ever go to excite you. Once onboard and riding it was a better experience, a decent sized saddle combined with sensible bars and peg positions made for a very pleasant ride. If only it looked a bit prettier! These bikes are largely unloved, it’s a shame really because they do make a great steed. It all boils down to the looks, up against the sportier 400s you can see why it would be overlooked. Prices for good CB-1 400s have never dipped too far, will they become a genuine classic? Doubtful, but if you want a dependable machine you won’t go too far wrong.

Many despatch riders choose these for their work horse, be sure not to buy one of those.