It's Friday and that can only mean one thing, our man Scott Redmond has been trawling the online auctions to bring you three bikes for his weekly The Good, The Bad and The Ugly.

With MotoGP making a welcome return this weekend, it's a good time to buy yourself a bike with a flashy race replica paint job. Here' the Good, Bad and Ugly of what's for sale right now. 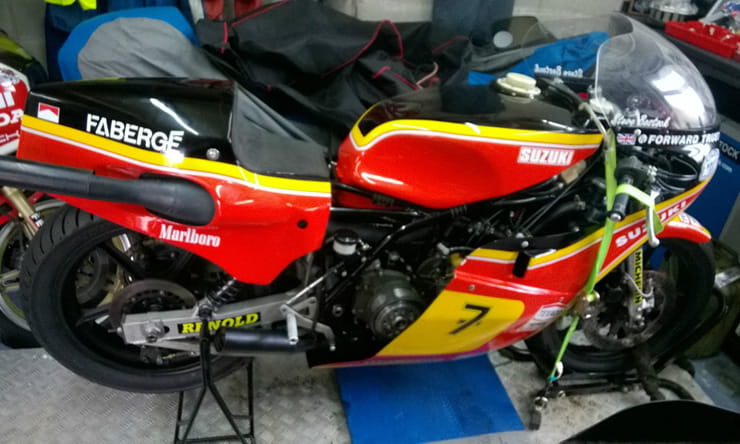 Barry Sheene, there’s nothing new that I can add that you don’t already know about the legend that was Sheene. Suzuki paid their two times 500 GP world champion some well deserve respect last year to celebrate the 40th anniversary of his first GP world crown that he lifted in 1976. This bike isn’t a genuine Sheene machine but it is a real GP racer. It was raced by Gustav Reiner, a german rider who raced in the Krauser team colours.

Since being retired this RG500 MK6 has been fully restored and enjoyed by its current owner. It’s a pampered toy. The seller hasn’t got any plans to parade it this year and could do with the extra space in his conservatory! I’m guessing the 30 odd thousand pounds might come in useful too! He makes a valid point; this is a pretty healthy investment too. It’s a sad reality of classic bikes that some people will buy them to just look at and watch their value increase.

'Sheene fever' shows no signs of ever going away. If anything it’s still very much on the up, like the prices of two stroke classics from our yesteryears. Let’s hope the new owner will keep the bike in work and take it to one of the many festivals where the Suzuki can stretch its legs once more.

Parts for old race bikes are always a problem. Some items get reproduced, others are too costly to recreate, like magnesium crank cases. 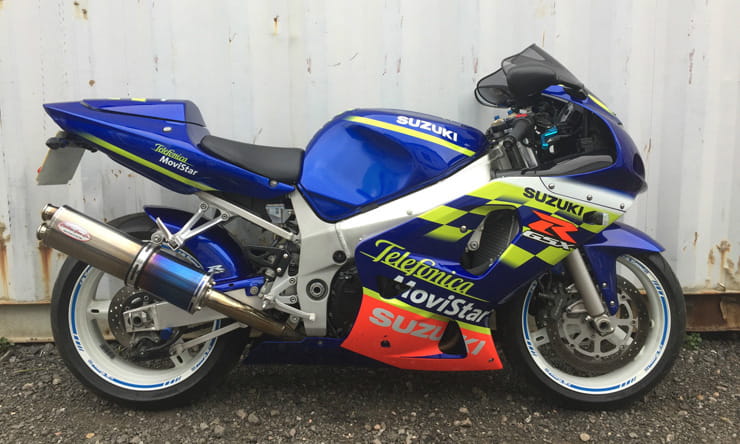 The works RGV500s that ran around in the Telefonica colours looked fantastic. It’s one of the most iconic paint jobs that Suzuki has produced, but its transaction to the road bike range never really worked. For a start there were no two strokes left in the range to benefit from the fancy spray job. The GSX-R600 is a great bike, but it isn’t a RGV500. It looked awkward, like seeing a bridesmaid wearing the bride’s frock. Over time though it’s not got any better. Unlike other previous race paint efforts, the Corona Alstare comes to mind.

This bike is only showing 6,900 miles, maybe the previous keepers found the paint too awkward to be seen out on?

Suzuki have had some stunning GP paint jobs, these include Pepsi, Skoal Bandit and Lucky Strike. 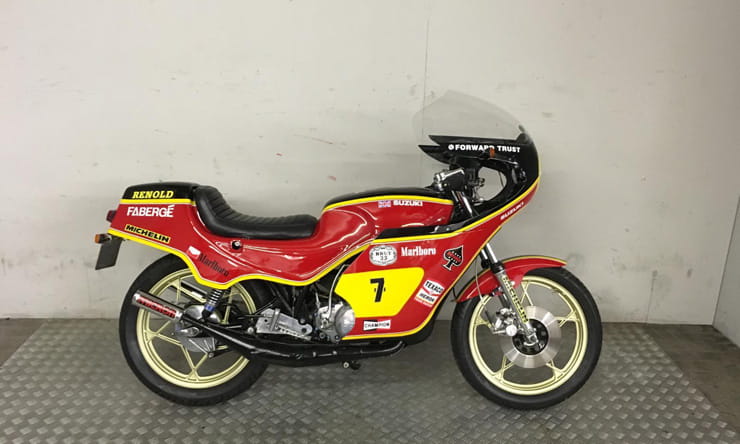 The first production 250 to hit a 100mph, that’s what every X7 owner tells me when I get into jibber jabber with them, beyond that the Yamaha strokers had the better of them. This X7 has had a bit of a makeover and I’m not too sure if it’s made it any better? Could that airing help the 70s two stroke to hit 101mph? Or would the weight of it hinder those pub bragging rights?