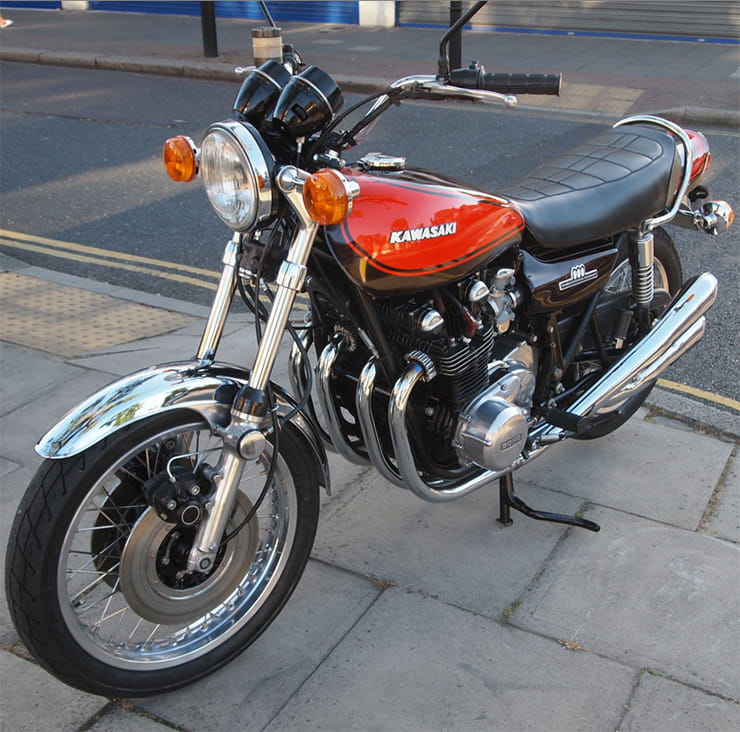 The Z1 isn’t just good it’s a biking god. This is the bike that created the term ‘Superbike’, Honda had given the world the CB750 in 1969, it was a major step forward, but the Z1 took the concept of a multi cylinder street bike to another level.

Kawasaki had mostly been busy creating two stroke machines; their attention shifting to four strokes was a sign of the times. The Z1 is the most desirable 70s super bike; it’s also the most sought after of the Zed lineage.

The original is always the best. This bike is 43 years old, though you’d be hard pushed to see that. The design is timeless; it’s never really gone out of fashion, in these days of retro ‘new’ machines none of them could compete with the Zed for street cred.

Pukka Z1s rarely appear for sale, this bike is new to the market. Prices for any classic bike is down to what someone wants to pay for it, with that in mind its asking price of £17,989 is actually pretty reasonable. I’ve heard of Z1s changing hands for much more than this. The bike looks honest, it’s not a show pony and looks like it’s had some sympathetic restoration work over the years, when you consider how poor Kawasaki build quality was in the 70s I doubt there’s not too many untouched examples out there? The Z1 is an icon; it’s a legend and if you’ve ever promised yourself a real bike, they don’t come much highly rated than this model. 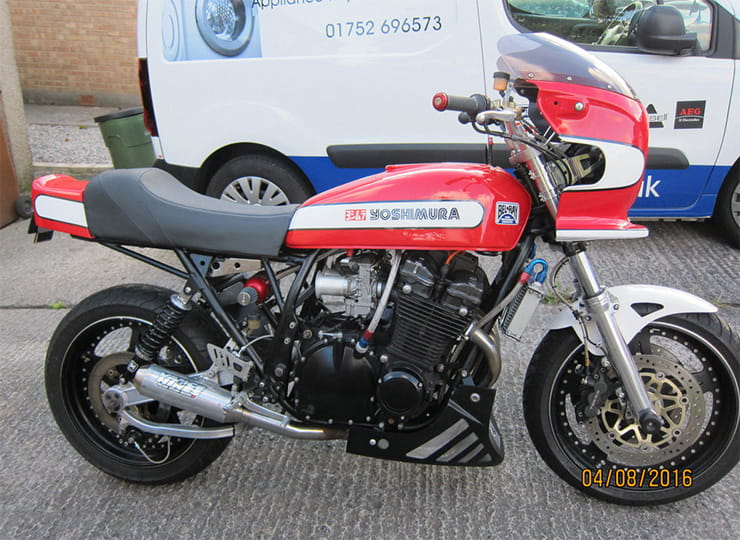 The word bad can be used in many ways to get a point across, in this case bad is being used in a good way.

This bike oozes attitude, it’s been built to emulate the essence of the bike Wes Cooley raced in his AMA battles.

Not too much of a stock GS1000 remains, the original eight valve engine is long gone, sitting in the braced and modified GS frame now lives a reworked GSX1100EF engine. It’s been bored out to 1238cc and gets its shot of unleaded from a bank of Mikuni RS38 flat slide carbs.

The cycle parts have been updated by using various parts from more modern machinery.

The bike looks proper cool. There’s lots of attention to detail and the more you look, the more you see. The owner built the bike and I totally believe that its £7,300 asking price is a fraction of its build cost. Looks a bit of a bargain actually. 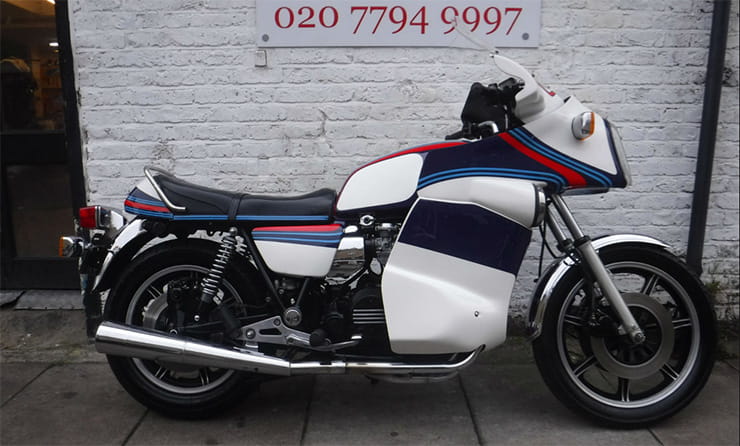 Yamaha spent the 60s and 70s mostly knocking out two strokes, they did build four strokes but other than the XS650 they never had a blockbuster.

The XS range included twins, triples and a four potter. The XS1100 was a beefy old beast, it was never going to tackle the GS1000, Zed models or CB offerings from Honda, and it was in fairness more in line with the Honda GL1100 Goldwing.

This didn’t stop Yamaha pitching it at those who wanted to own big bikes that didn’t handle.

The Martini version of the XS1100 is rare for a reason, it never shifted in any big numbers, if you do suddenly wake up at 3am in the morning thinking you need one in your life you’ll probably change your mind in the cold light of day. If after a strong coffee you still can’t shift the thought then here’s the bike of your dreams. It’s got a novelty factor that’s for sure, and you would never struggle to find it in a car park. This bike looks in tip top condition, it’s had some love recently and there’s no reason why you couldn’t jump on board anytime, anyplace or anywhere!