While our man Roland Brown has been out in Australia testing the new for 2017 Suzuki GSX-R1000, Scott Redmond has been taking a trip down memory lane and checking out some GSX-Rs from Suzuki's back catalogue that are up for sale in this week's edition of The Good, The Bad & The Ugly... 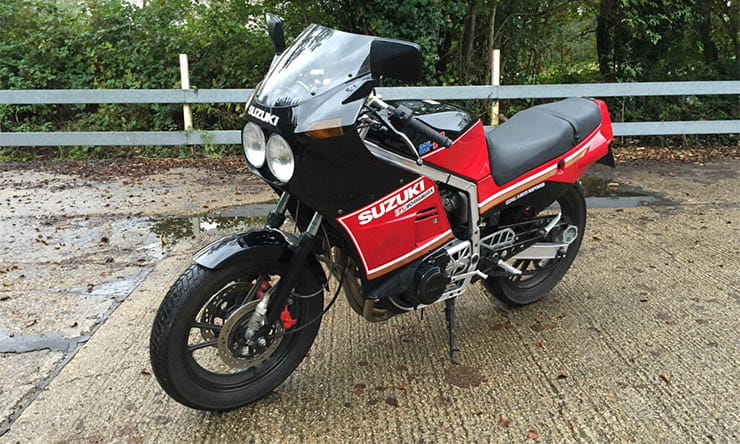 The GSX-R brand feels like it’s been around forever but before this bike rolled off the Hamamatsu production line in 1984, the motorcycling world was a poorer place. The GSX-R400 never made it to the UK, instead back in 1984 the Honda VF400F was the most exciting 400 that we’d had access to.

Over the years many of these baby GSX-Rs have washed up upon our shores. The bulk of them arrived in the late Eighties and early Nineties, when people like BAT Motorcycles shipped them over from Japan by the container full. I haven’t seen a GK71 400 for years, and it’s only recently that their worth has started to appreciate.

This bike looks to be in fabulous condition. It’s had a few parts replaced, the exhaust being the most visual change from the original spec. The seller blows the trumpet for the dinky GSX-R, reminding us of its vital statistics, 60bhp and a weight of around 159 kilos, impressive stuff for its day, especially when you compare it to the 175 kilos of the Honda VF400F.

Its looks may appear quirky, but without this bike perhaps there wouldn’t be a variety of 2017 GSX-R models on offer at your local dealer?

The GK71 reference refers to the frame prefix. Other 400 models were the GK73 and the RGV-ish looking GK76.

A small handful of officially imported GK73 models were imported to the UK. Their plastic headlamp was a topic of much conversation when we were all use to glass items. 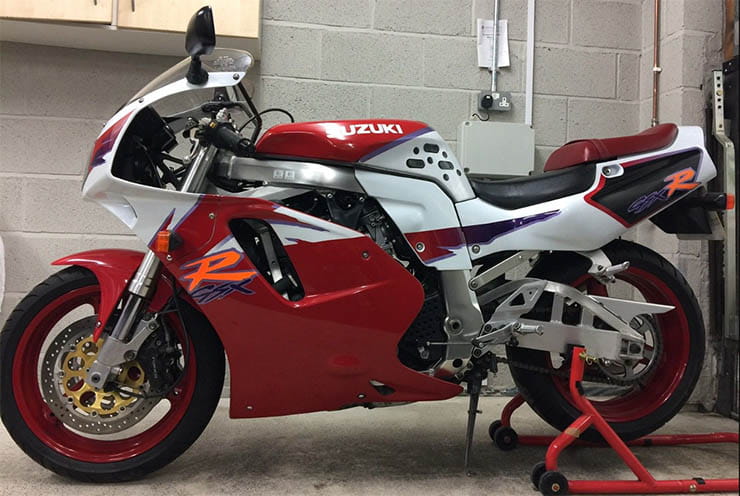 The GSX-R750 can trace its bloodline back to 1985, when the flighty 750 Slabby arrived. Every year since then Suzuki have given us a 750. Some have been better than others but in the mid Nineties the GSX-R750 had lost its way. Like any respecting 'has been', it piled on weight and lost its looks. The first water cooled 750s took one step forward and two steps back. The engines were new but the trademark GSX-R up and over frame was very out of date. Making life more difficult for the Suzuki salesman were the horrific colours that the WN model came in. It wasn’t until the WR and WS versions that Suzuki reeled the graphics in.

This is a stunning example of a GSX-R750WS but sadly it’s not one of the best examples of what a GSX-R stands for. There are plenty of positives about this negative model that is on offer here and there can’t be too many Nineties GSX-Rs that have survived so well, even rarer any with just a few owners on the V5C?

The seller reminds us that quality costs. His asking price of £4,495 looks pretty firm but for me, I’d be too tempted by the model that replaced the WS, the WT SRAD, and there are plenty of lovely ones out there for between £2,000 to £3,000.

There was a version of the WS that came with blue anodised forks. Some thought it was cool, others didn’t agree.

The six pot Tokico calipers are prone to seizing up, so make sure that they work ok. 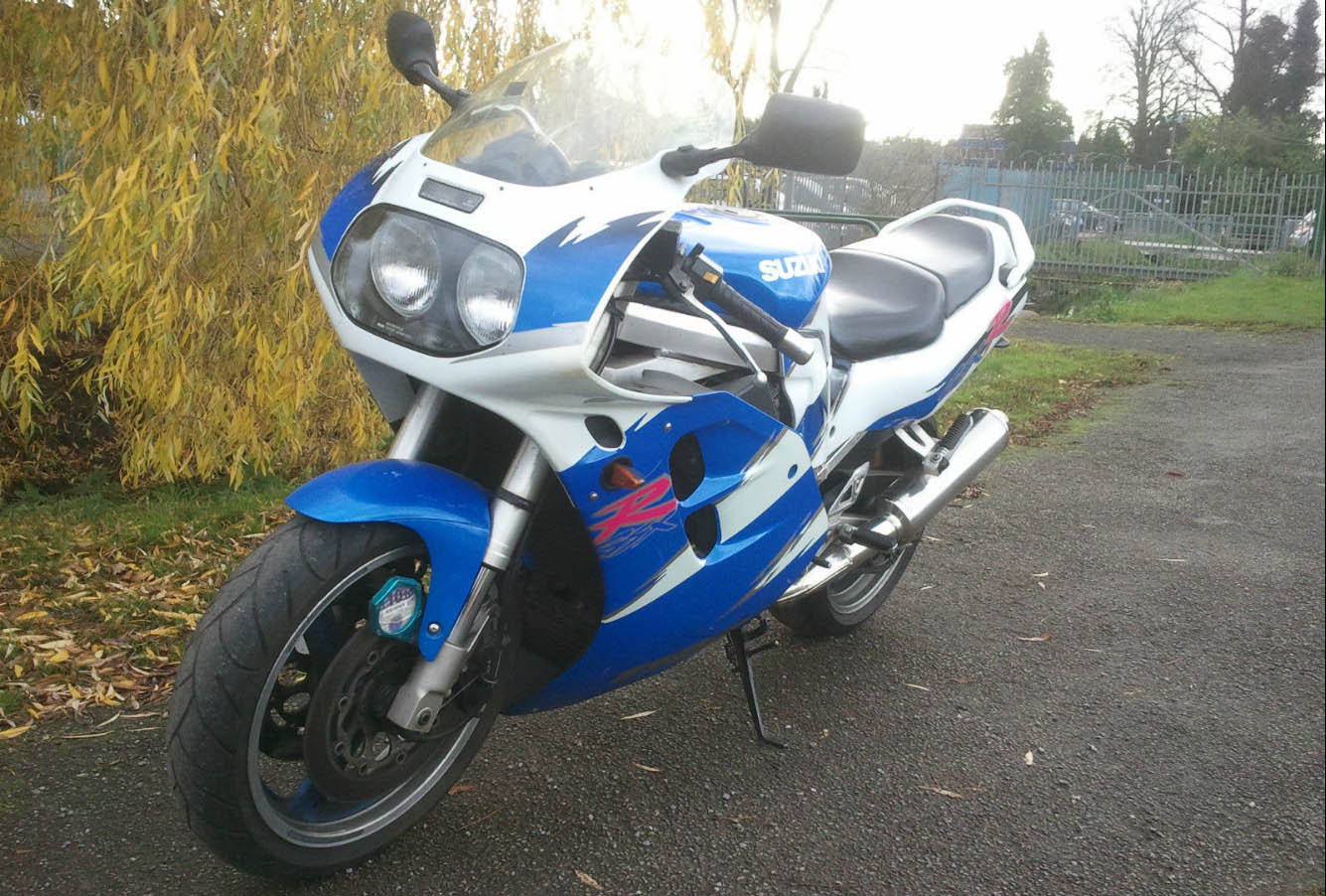 Like the GSX-R750, the GSX-R1100 arrived with a job to do. It had things its own way for a while, but Yamaha's FZR1000 outshone it on many fronts. This didn’t really matter though, because in 1992 the FireBlade arrived and made them all look like dinosaurs in a stroke.

Suzuki kept the faith with their 1100 and went from oil cooled to water cooled engines. For some it was too much. The old GSX-R1100s had earned themselves a reputation for being big and bad, you know in the good sense of the word. To many, the water cooled bikes were just seen as bad.

The WP was the first incarnation. It survived a few updates but vanished without a trace.

The engine was a good 'un. It had lots of power and also responded well to tuning. It was the chassis that let the side down. Riding one was a bit of an experience. It’s head down and butt up riding position wasn’t everyones cup of PG Tips.

This bike looks to be in pretty good shape. There’s lots of information about its history and the original paint job looks to be in fine fettle. Prices for good oil cooled 1100s have gone bonkers. Slabbies change hands for over £5,000 these days. Slingshot versions also have been dragged along by the tsunami price effect. Will the water cooled bikes go the same way? Time will tell.