In this week's instalment of 'The Good, The Bad and The Ugly', our bike breaker Scott Redmond has been searching the web to find a range of Suzuki Katana's following his trip to Motorcycle Live at the NEC last week where he saw the Team Classic Suzuki rebuilding a race version. Over to you, Mr Redmond... 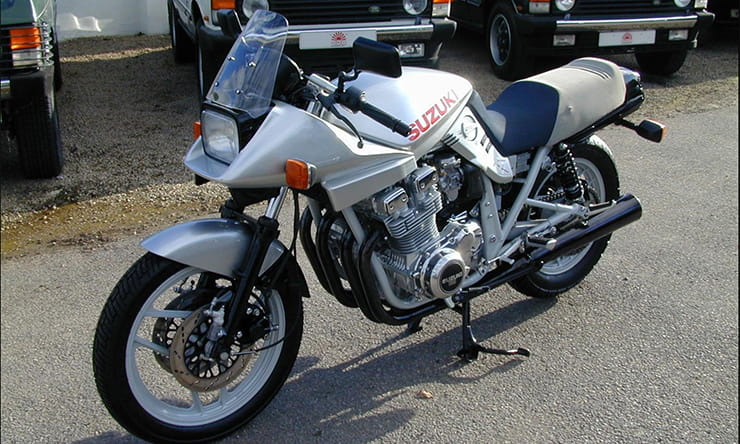 Every bike should have a name, it’s something car manufacturers have done for decades, but motorcycle factories for years rolled out machines identified just by their model prefix. Target design from Germany were given what was basically a GSX1100ET and they adopted their design philosophy to create the Katana. Initially reactions were mixed, the futuristic looks created either a love or loathed connection. It’s hard to imagine that people couldn’t like the silver dream machine. Suzuki bounded around the tag of the worlds fastest bike just to get their message across.

For years people have used, abused and modified the Suzuki Katana, so finding an original machine is a tricky affair. This bike hasn’t always looked this good, it’s undergone an extensive and expensive restoration.

The asking price of almost ten thousand pounds is possibly a tad  optimistic, though when you study prices of other models from the Top Trumps of 70s and 80s Japanese super bikes it suddenly looks quite reasonable.

The Australian model came with spoke wheels from new.

The rarest Katana is the GSX1000S, a 998cc version which was built to allow teams to run in the Super Bike race series of the time. 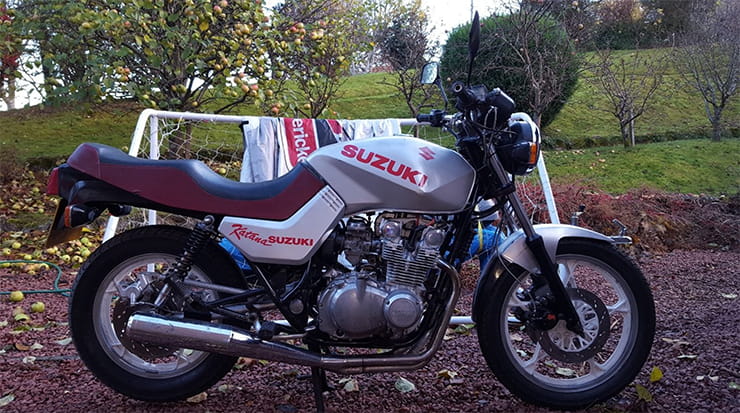 So often a manufacturer will cash in on a trend and the GS650 Katana is a fantastic example. Under that swoopy fuel tank and silver paint lies what’s basically a Suzuki GS650G. No amount of orange paint on calipers, shocks etc can disguise that. The Katana 650 wasn’t a massive hit, the shaft drive added weight but at least meant you didn’t have to get on your knees to adjust the chain. This bike is up on its toes and ready to go. It’s just gone through its MOT and there’s 66,000 miles under its belt. The advert is dead honest and the seller points out that there’s plenty of jobs to do if you wanted to improve the bike.

At £1,450 it’s not a bargain, it is though one of the cheapest ways into Katana bragging rights down the pub.

Suzuki also did a 550 Katana too which looked much like the 650 version but had a chain drive.

The GS650 engine is pretty bulletproof but gearboxes are a weak spot. 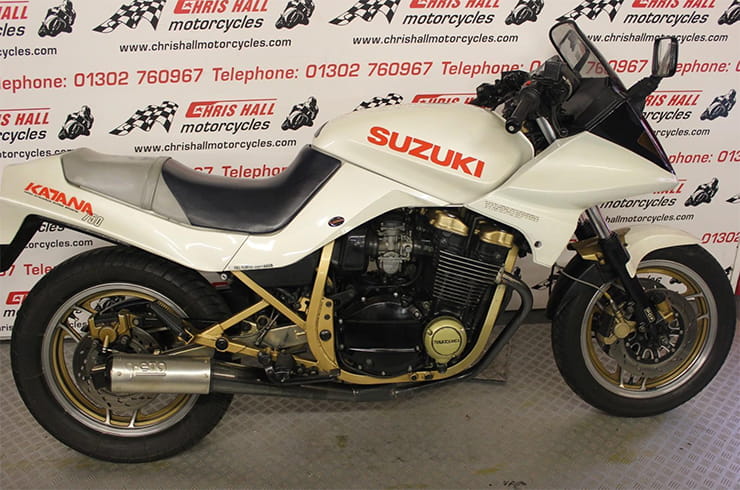 Having wrapped a GSX1100 up in futuristic clothes to create the original Katana, Suzuki took another roll of the dice and gave their GSX750ES some fancy dress. They painted the frame gold and topped it all off with a pearly white paint job, nice. The big talking point was the pop up headlight. It was a pure gimmick but allowed Suzuki to give the bike a sleek beak.

Only a handful of these bikes were officially imported to the UK by Suzuki. It’s almost like they knew it was a duffer and even now there’s not much love around for the quirky looking four cylinder Suzuki. The ironic thing is that the GSX750ES was based on a decent bike in its own right. This bike looks to be in fabulous condition but with a price tag of £4,500, I doubt it’s going anywhere soon.

The pop up light could be activated when riding along, it was powered by an electric motor.

Most of these bikes will sport a KMH clockset, a pointer to the fact they started life overseas.