Pick of the Ads : Good, Bad and Ugly - Flat Trackers

It is Friday and that can only mean one thing; Scott Redmond has been trawling the online auctions for his The Good, Bad and Ugly segment.

Today's Good, Bad and Ugly is inspired by Dirt Quake and the love of going sideways on shale. Flat Track racing is huge in America and quickly becoming popular on this side of the pond too. Will we see any of these offerings on track at next year's event? 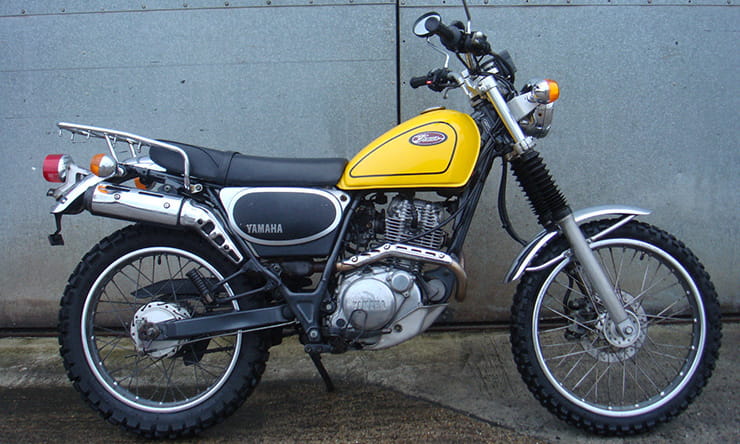 This little bike is big in Japan, that’s where it started life before ending up at Unit5motos in Romford. Other than being a cool looking ride you are guaranteed not to run into another one on your travels. So, it’s both rare and practical, let’s keep going with all this positivity. Under the funky styling lurks basically a Yamaha Serow 225, a solid little bike that is known for being a tough cookie. The recent explosion in the flat tracker sector of the market means many people have rushed out to customise otherwise drab motorcycles into something they think is cool, for everyone that gets it right there’s several who make a right royal lash up of their projects.

Yamaha gave this bike a name, it’s called the Bronco although you can be pretty confident the 225cc four stroke won’t have you bucking out of your saddle. If flat track racing isn’t high on your to do list this single cylinder Yamaha would be perfect for some green lane action, that’s another scene within motorcycling that offers lots of fun and a good excuse to go for a ride. 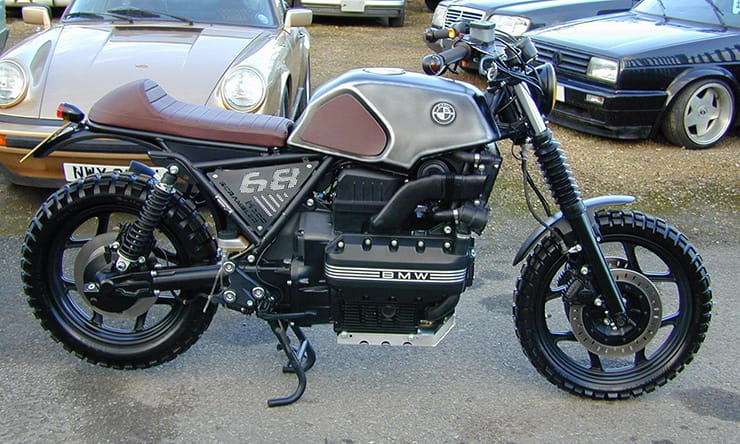 Every so often when scrolling through eBay I see something that makes me scroll back up again, this week this BMW K100 had me doing exactly that.

I am not too sure what caught my eye first, it might have been the £14,991 price tag now I think about it. To create a flat tracker there’s a few essential modifications, the most obvious is fitting knobbly tyres, that box is well and truly ticked on this Beemer. The tan coloured saddle will appeal to those who have a soft spot for the modern café racer, nice touch…

The advert is light on detail but heavy on pictures, despite studying them I’m still struggling to see what makes this a £14,991 ‘special’? A decent K100 can be had for a few grand, so that leaves you with £12,000 to find some off road tyres and an old sofa to cut up for that custom saddle. 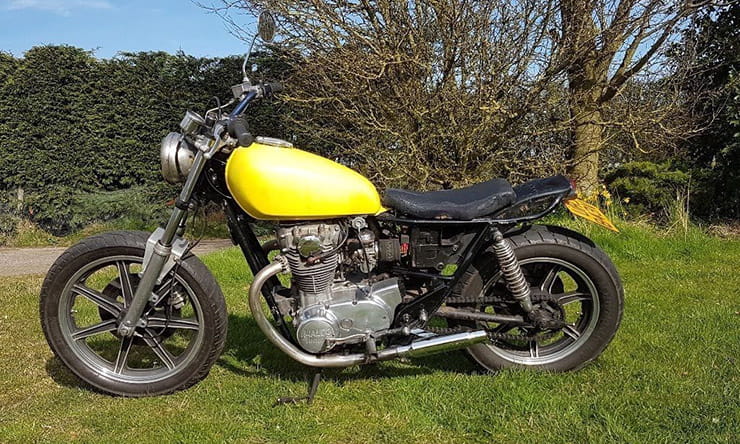 There was a time when the Japanese looked to the British bike scene for inspiration, one result of this was the Yamaha XS650. Over the years they’ve been the basis of everything from café racers to chopper bikes, and everything in the middle. The engine is a gem, they respond to tuning and there’s no shortage of options to get extra power from the air cooled twin cylinder four stroke. Those looking for a donor bike to create a flat tracker will often start their quest by buying an unloved XS650.

This bike looks to have been owned by someone who had grand plans, sadly it’s back on the market looking for a new home. The advert reveals that there’s been plenty of time and money invested in the engine, the rest of the bike hasn’t enjoyed the same level of pampering.